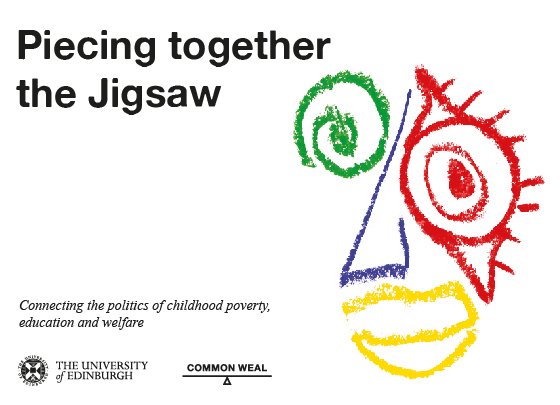 Common Weal and Edinburgh University held its second policy lab on 25 November, exploring the education system and the attainment gap. Below is the notes and key information that came out of it

Policy Lab 2 involved presentations from young people with Investing in Children, who had carried out peer research into young people’s views of schooling in England and Scotland.

There were two adult presentations from Geetha Marcus (concerning key themes in research about the attainment gap) and Terry Wrigley regarding the limitation of attainment gap, PISA and assessment research and discourses.

Marcus drew from her report for the Scottish Parliament to argue that: ‘The link between socio-economic disadvantage, academic attainment and job prospects is a global issue (OECD, 2011, 2014). In Scotland, various measures have been taken over the years to attempt to break the seemingly inevitable intergenerational cycle of poverty and to address a lack of ‘positive and sustained destinations’ (Education Scotland, 2008; 2016a, 2016b). There remains a strong correlation between a pupil’s socio-economic status and their educational attainment. Pupils from disadvantaged backgrounds have a higher chance of not succeeding in school.’

It was argued that schools cannot go it alone in tackling inequality, education is difficult to measure and that good teachers view families in poverty in terms of their possibilities rather than their limitations.

Wrigley reflected on the historic tensions of education under capitalism, arguing that they have been exacerbated in our era of neo-liberal globalisation. Government drives for greater 'accountability' and 'effectiveness' are a blinkered response to the threefold global crisis we face: poverty and debt; a collapse of the planet's ecosystem; and war. Indeed, privatisation and vocationalism threaten to remove the curricular space in which young people can develop the knowledge and social capacity to respond to these problems.

“It was argued that measurements such as PISA are very limited approaches that create very negative cultures and pressures on schooling and that this masks the creep of neo-liberalism that seeks to divide young people from each other and create elites.”

It was argued that measurements such as PISA are very limited approaches that create very negative cultures and pressures on schooling and that this masks the creep of neo-liberalism that seeks to divide young people from each other and create elites.  The question was posed: how does the education system connect to real lives and to social inequality?  An importance was placed on the way that professionals view the communities whose kids they are educating and whether professionals understand the context that children and young people are coming from – it was argued that we need to gauge how the education system understands inequality.  It was also argued that Curriculum for Excellence sought to move away from deficit approaches that involved the victimisation of the poor that set up intelligence is something you’re born with but that segregating children on class-based educational assessment continues in today’s society.

It was suggested that the myths of the 1960s regarding working class parents, restrictive codes etc had not altogether gone away and that prejudicial thinking leads to working class pupils schools not being asked their opinions and not enabling them to glimpse the glimmer of opportunity they require to have aspirations. For more on this click here and here.

Interestingly, the young people from Investing in Children argued that neither children nor teachers are a homogenous group and we also found that there were lively, conflicting and contrasting views amongst the policy lab participants depending on their background and working context.

At the centre of the policy lab debate was a tension around challenging the socio-economic context of children’s lives and recognising the limitations and strengths of teachers, schools, educational cultures, the Curriculum for Excellence and pedagogy.  The young people strongly identified case examples where children from different backgrounds where discriminated against.

Discriminatory attitudes were found to be prevalent in schools.  One participant explained that they were currently working with a young person who experienced a range of issues but the thing that made her most sad was that three of her teachers refer to her in class, in front of the other children. as ‘the benefits street girl’.

“The question was posed: why are schools not rated by the relationships that schools and teachers have with kids?  But this question brought an equally contrasting response – why do we use top down performance indicators in schools?”

The young people also argued that structures within schools were utilised in discriminatory ways e.g. school uniforms, rules surrounding piercings, hair colours etc were used to single out pupils from less advantages backgrounds and the imposition of league-tables and inspections led certain young people to be denied access to respect, thoughtful school-based relationships and examination routes.

The question was posed: why are schools not rated by the relationships that schools and teachers have with kids?  But this question brought an equally contrasting response – why do we use top down performance indicators in schools?  The suggestion being that these created hierarchies and discrimination as people begin to game the inspection criteria.

The approach of moving children around different teachers and a lack of strong and supportive relationships between teachers and children was raised in relation to research that contrasted the knowledge and relationship building of school teachers in Scotland and Norway (where six teachers will work thematically with a year group of 100 children).  It was suggested that in Norway, children are taught in smaller groups and the community have a lot more of an input.

The young people from Investing in Children argued that most pupils in their research felt that they were not listened to in schools.  One participant with a background in working with young people posed the question why was it that  children were listened to in children’s services but not within educational services?

It was argued that children are service users with rights but in education settings they are never or rarely asked their opinion.  The Investing in Children young people posed the question why, in the digital age, where everyone has the ability to rate their experience of any service, restaurants, attractions etc., are young people not listened to?

“The young people from Investing in Children argued that most pupils in their research felt that they were not listened to in schools.  One participant with a background in working with young people posed the question why was it that  children were listened to in children’s services but not within educational services?”

Some participants suggested that the child at centre was a myth in a system where children don’t have a say in Secondary schools.  It was felt there were more examples of listening in Primary and Early Years but that not all teachers in these settings were the same.

The question was posed why does a pupil have to bring in their parent when they want to make a complaint? If this is about rights, complaint and conflict resolution process should be clear, not arbitrary.  It was concluded that rights should be attended to all the time and too often rights are turned into privilege which pupils who express diversity are not afforded.

Some participants asked – Why is HGIOS not working?  Suggesting that in some schools pupils are involved in rating teachers but that this is not whole scale. They argued that some primary schools do participation sensitively  – allowing kids to assess their experience, without the teacher in the room (so they give their honest opinion).

“In Sweden, there is an unstructured month like a ‘Freshers’ month where they spend time with their teachers in a more informal manner, improving general relationships. Why can’t this be applied in a broader sense to Primary and Secondary etc.?”

The Post-Code Lottery of Educational Prejudice:

Investing in Children young people led discussions about a Postcode Lottery of education. Even if kids from multiple backgrounds/classes go to the same school, it doesn’t mean that they’ll have the same chance to learn due to their home life. Stress, nutrition, relationships with parents, community life, funds for school trips are all factors.  More needs to be done by schools to take into account the individual needs of kids – and not just in the sense of education.

It was argued that there is an illusion of democracy in relation to opinions being heard, yet policy will be put through by the Scottish government regardless.

The question was raised: how do we make voices heard in Holyrood? While more accessible than Westminster, it does not create a participatory, citizen-led democracy.

It was suggested that events like Policy Labs/Agenda Day/Crowdsourcing opinion should be facilitated by the government and used to inform their policy and programmes and that, so many successes in education that have been proposed at the Policy Lab have been proven to work in many different countries. Which led to the further question – why aren’t they happening in Scotland?

Schools are not good at tailored education, but are accustomed to deliver education as a one size fits all package.

For some children, school is the problem rather than the solution.  School magnifies their social and economic situation.

What can be done to close the attainment gap?

“Politics of everyday life should be an important part of the education system and there is a problem with not having dialogue about everyday issues – see productive pedagogy approach.”

“Avoiding the gap rather than closing the gap – intervention as early as possible in terms of Early Years and provide support for parents for home learning from the age of two.”

Policy Lab notes written up by Professor John Davis, with contributions from Keri Mcgachy, Jamie Mann and Ben Wray. With thanks for presentations from the young people in Investing in Children research project, Geetha Marcus and Terry Wrigley.