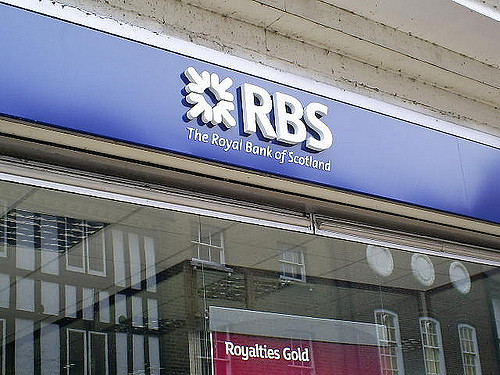 THE ROYAL Bank of Scotland (RBS) has rubbished claims it is taking precautions against a second independence referendum by moving Scottish customers into a separate subsidiary.

RBS has been transferring Scottish clients into a legal entity subsidiary company called Adam & Company as part of a restructuring process they revealed last year.

A report this weekend in The Times suggested RBS were moving Scottish customers in preparation of a yes vote for independence.

But the bank, bailed out by the UK Government with taxpayer’s cash during the crash in 2008, told Common Space they started the process simply to comply with ring-fencing regulations.

“We announced our proposed future structure under the ring-fencing legislation last year which is designed to be in compliance with the new regulatory requirements.” RBS spokesperson

An RBS spokesperson said: “Like other major UK banks we need to comply with the UK ring-fencing requirements which means we need to separate our retail and investment banking operations.

“We announced our proposed future structure under the ring-fencing legislation last year which is designed to be in compliance with the new regulatory requirements.”

Next year, RBS hope to have finalised a complete transfer of Scottish customers to Adam & Company.

Most of their personal, private, commercial and business customers will transfer from RBS Plc over to Adam & Company Plc but RBS has told Common Space this is simply in accordance with the new regulations.

The recommendation for ring fencing came from the Independent Commission on Banking chaired by Sir John Vickers and its primary aim is to safeguard the public in the event of another banking crisis.

The commissioners’ view was that should one of the banks fail, it would allow resolution of the failing bank without any need for a government bailout.

The legislation was introduced through the Financial Services (Banking Reform) Act 2013.

In 2014 RBS claimed it would move its head office from Scotland to England one week before the independence referendum in 2014. Lloyds banking group also said it would transfer its operation south of the border in the event of a yes vote.

Lloyds told voters that mortgage lenders were preparing strict rules if Scotland left the rest of the UK.