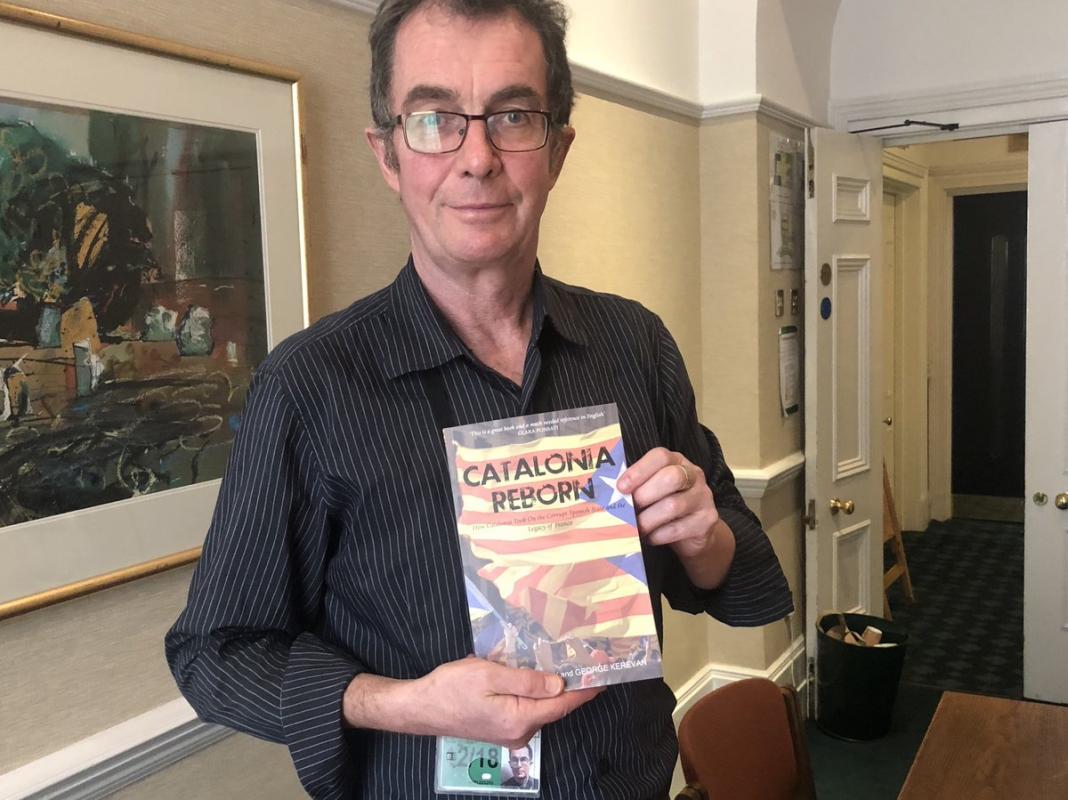 Catalonia Reborn, by Chris Bambery and George Kerevan, was published in May, and is available at Luath Press

COMMONSPACE editor Ben Wray spoke to Chris Bambery, co-author of newly released ‘Catalonia Reborn – How Catalonia took on the corrupt Spanish State and the Legacy of Franco’ with George Kerevan.

Wray and Bambery have an in-depth discussion about all things Catalan politics, including:

– Why were the leadership of the independence movement seemingly not prepared when establishing a Catalan Republic after the 1 October 2017 referendum and how does this compare with previous attempts to establish new state’s, such as in Ireland?

– The relationship between the left and the independence movement in Catalonia.

– The motivating factors behind Catalan and Scottish independence movements and the similarities and differences between them.

– What can be learned from the Catalan independence movement, and what could the Catalans learn from its Scottish equivalent.

Catalonia Reborn can be purchased at the Luath Press website.