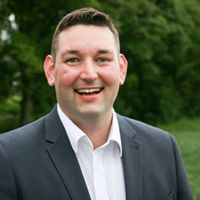 IN OUR latest podcast interview, CommonSpace’s David Thomson speaks to Miles Briggs MSP about his involvement with ‘Frank’s Law’ after the Scottish Government announced last month that it will bring in free personal care to people who are under 65 and suffering with illnesses like dementia or motor neurone disease.

The Scottish Conservatives health spokesman has campaigned for Frank’s Law, named after former Dundee United player Frank Kopel, who died in 2014 after being diagnosed with dementia. His wife, Amanda Kopel, had fought for a change in the law since 2013 to open up access to personal care. The Scottish Government made the announcement as part of its programme for government as opposition parties pressured for the introduction of Frank’s Law.

Listen to our full interview below.

Read more of our coverage of the Conservative party Conference:

Mundell: UK and Scottish governments must work together to be “Brexit-ready”

The UK has become too ‘London-centric’, admits Ruth Davidson