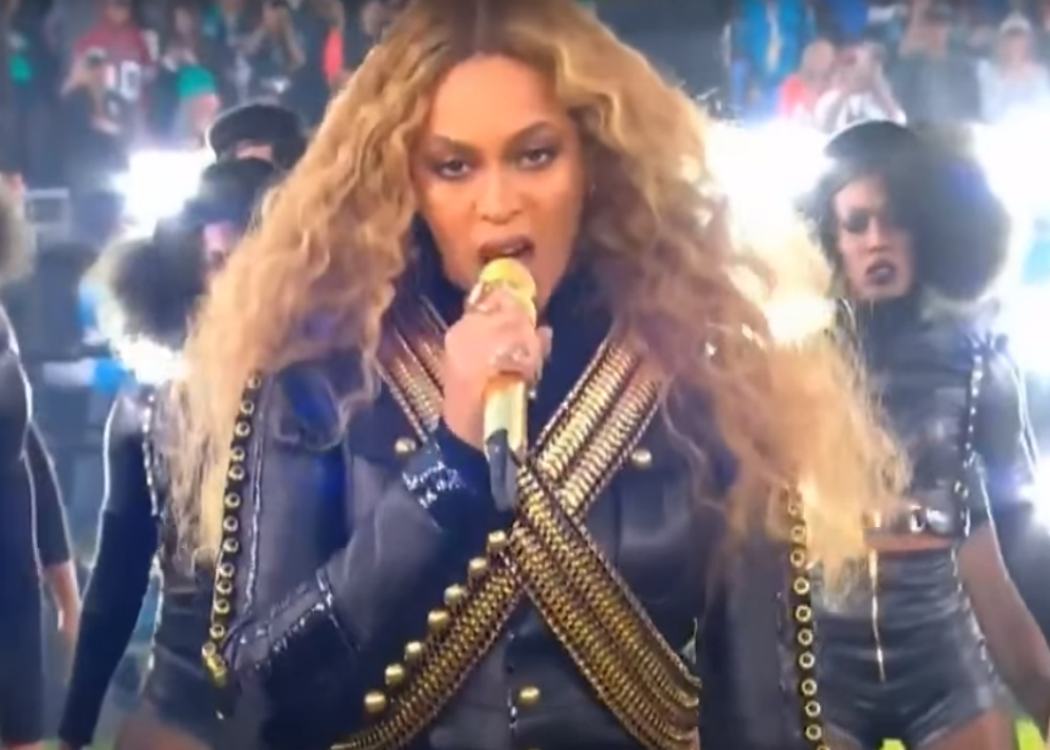 10/02/2016
CommonWeal
Football fans claim Beyonce’s anti-racist performance has “ruined sport forever”
POLICE SCOTLAND have called on the US government to extradite music icon Beyonce Knowles-Carter to face charges in Scotland under the Offensive Behaviour at Football Act (OBFA).
The single force has begun an investigation into the singer, 34, following allegations that she engaged in a potentially offensive political performance at a football match in the US, while Nicola Sturgeon and Barack Obama have joined forces to call an emergency international summit.
The star performed her ‘Formation’ hit, which deals with the subject of police racism, at the NFL half-time show at Levi’s Stadium in California on Sunday 7 February, in what Scottish police have described as a “flagrant act of sectarianism”.
Chief constable Duncan McPetty said: “We are acting on strong intelligence that Beyonce performed in a dance routine dressed as a Black Panther Party member. This would have been fine if she was doing it anywhere else other than at the football. In fact it would have been fine if she was doing it at the football and no one took offence. I think.”
“But she danced around dressed as a Black Panther at the football and some people definitely got offended. I get offended just thinking about it. And that’s definitely a crime.” McPetty added.
Asked wether the OBFA applied to Beyonce despite the fact that American football is not really football, McPetty said: “Of course it’s football, they kick a ball around don’t they?
“In any case, she doesn’t actually need to be at a Scottish football match for the legislation to apply, she just needs to be making a potentially offensive political or non-political statement at any time when a Scottish football match is on-going, and I was watching Sportscene at the time on playback so it counts.
Civic minded US citizens have called a demonstration against the politicisation of sport at the NFL headquarters in Manhattan.
One enraged supporter said: “Given that football is watched at mass public events, I would expect it to hermetically sealed off from everything else in society.
“If there are problems of police brutality and racism, endemic poverty, war and social decline they can be discussed in hushed tones away from the football.”
CommonSpace patter is completely free from the influence of advertisers and common sense, and is only possible with your continued support. Please contribute a monthly amount towards our costs . Build the Scotland you want to live in – support our patter.
Picture courtesy of Youtube
Common Space
Archive
Share Article: