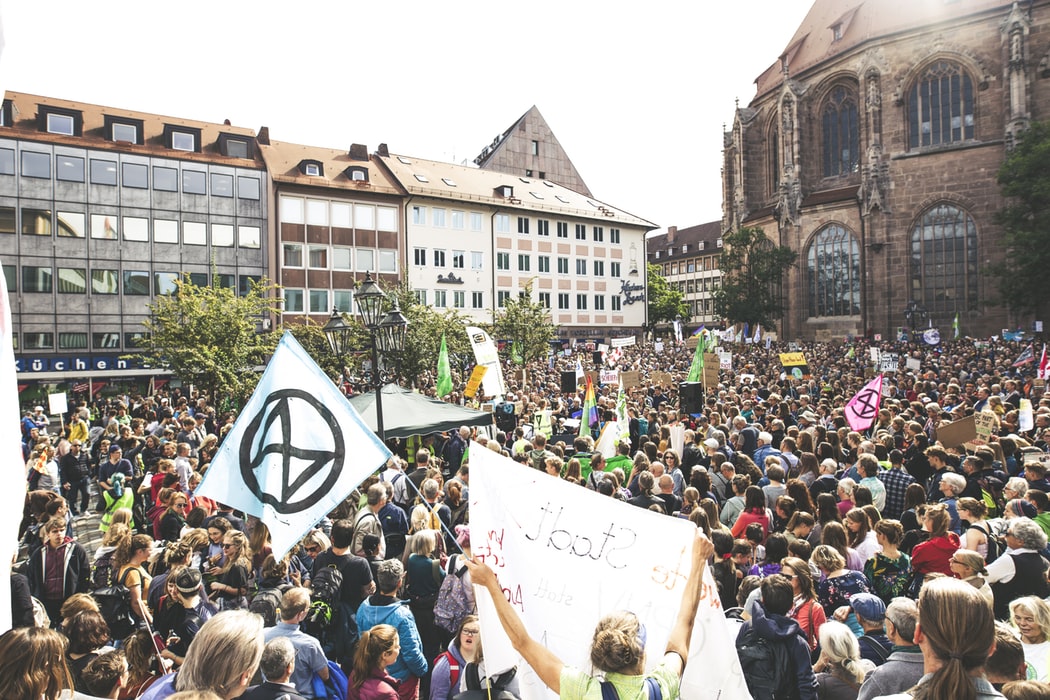 TERROR POLICE in Scotland have confirmed they do not designate Extinction Rebellion and other climate activists as a terrorist group, and protesters will not be referred to the UK Government’s Prevent programme.

Counter-terrorism police in the south-east had included the climate campaign group in a guide book titled ‘Safeguarding young people and adults from ideological extremism’.

The Guardian reported that XR were listed alongside proscribed groups linked to neo-Nazi extremism such as National Action as well as the Islamist pro-terror group Al-Muhajiroun.

Also listed were a variety of other peace campaigns and NGOs such as the Scottish Campaign for Nuclear Disarmament and Greenpeace, as well as the far-right organisation the English Defence League.

The guide was issued to police officers and teachers as well as NHS England, and advised people to “lookout for” a number of warning signs and consider referral to the controversial Home Office anti-radicalisation programme Prevent.

XR has advocated civil disobedience and protest to draw attention to and demand action on the climate emergency.

DCC Graham also said he had instructed internal communication to ensure Police Scotland officers are clear on these “important distinctions”.

Responding to a question from CommonSpace, Detective Chief Superintendent Phil Chapman, Police Scotland’s head of organised crime and counter terrorism, also said: “We are regularly provided with a range of guidance documents to support consistent messaging and assist our officers, staff and partners.

“The document in question clearly states that it was produced to help police and close partners identify and understand signs and symbols they may come across in their day-to-day working lives. It also explicitly states that many of the groups are not of counter-terrorism interest, and that membership of them does not indicate criminality of any kind.

“Officers provide advice to partners on a whole range of issues some of which are not related to terrorism, for example protecting crowded places at times of protest. Guidance is often shared with partners and other interested parties to improve collaboration and understanding.”

Welcoming the confirmation, John Finnie MSP said: “I welcome this clarification from Police Scotland, although the force must be transparent about what it considers to be extremist views. It’s clear that peaceful protest is absolutely necessary in the face of the overwhelming science that shows we are in a climate emergency.

“It is completely inappropriate for any peaceful protests to be considered extremist or related to terrorism, which is why CND, Greenpeace and other peaceful organisations must be allowed to voice concerns in the way they do.

“Police will continue to have a duty to prevent and respond to criminal activity, but they must not treat peaceful protest in the same bracket as terrorist threats against our citizens.”

The document originally issued by Counter Terrorism Policing South East [CTPSE] was later recalled with the group saying it was an “error of judgement”.

Despite saying it was produced at a local level by CTPSE, it was later reported that the document had also been sent to national bodies including the Home Office, NHS England and HM Prison Service.