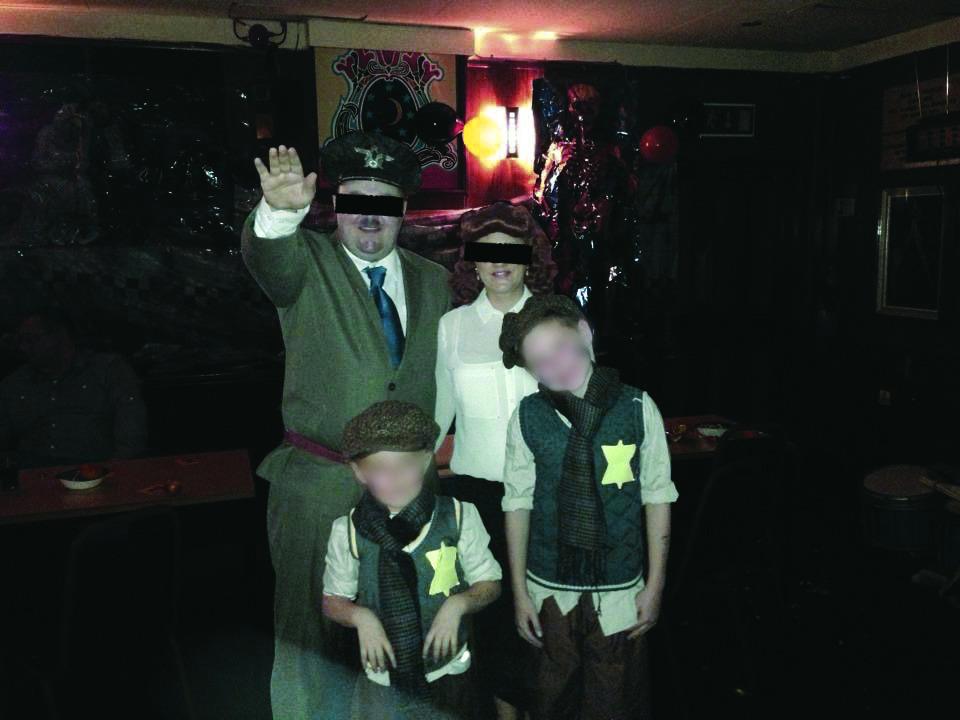 The snaps, taken at an Orange Lodge hall in Airdrie in 2010 and 2013, were exposed by the Sunday Herald in July of this year after they emerged on social media.

They showed one man dressed as Adolf Hitler standing next to a woman dressed as his wife Eva Braun, whilst two young children stood in front of them dressed as Holocaust victims.

“Whilst it is clear that the posts could be regarded as inappropriate and distasteful, no offences have been established at this time.” Police Scotland

When CommonSpace contacted police to see if any arrests had been made in relation to the incidents, a police Scotland spokesperson said: “This matter has been investigated by Police Scotland and whilst it is clear that the posts could be regarded as inappropriate and distasteful, no offences have been established at this time.

“Police Scotland has not received any complaints in relation to the content of the article.

“Police Scotland takes all reports of hate incidents seriously and will investigate such reports appropriately and proportionately.”

Costumes worn by people attending the parties included a man dressed as the Pope with a noose around his neck, and another picture showed two men simulating a sex act on a teddy that had a Celtic strip on while one of the men was dressed as a priest.

Speaking to the Sunday Herald in July, a spokesman for the Catholic Church in Scotland said: “The violent imagery depicted in these photographs reflects an extremely disturbing and hateful attitude towards Catholics and other faith minorities.

“Given recent reports, Catholics may quite rightly wish to seek reassurances from their public representatives and Police Scotland that their rights and freedoms to live without fear or prejudice will be protected.”

Grand Orange Lodge of Scotland spokesman, Robert McLean said: “To be honest the news is old news, the pictures are seven years old.