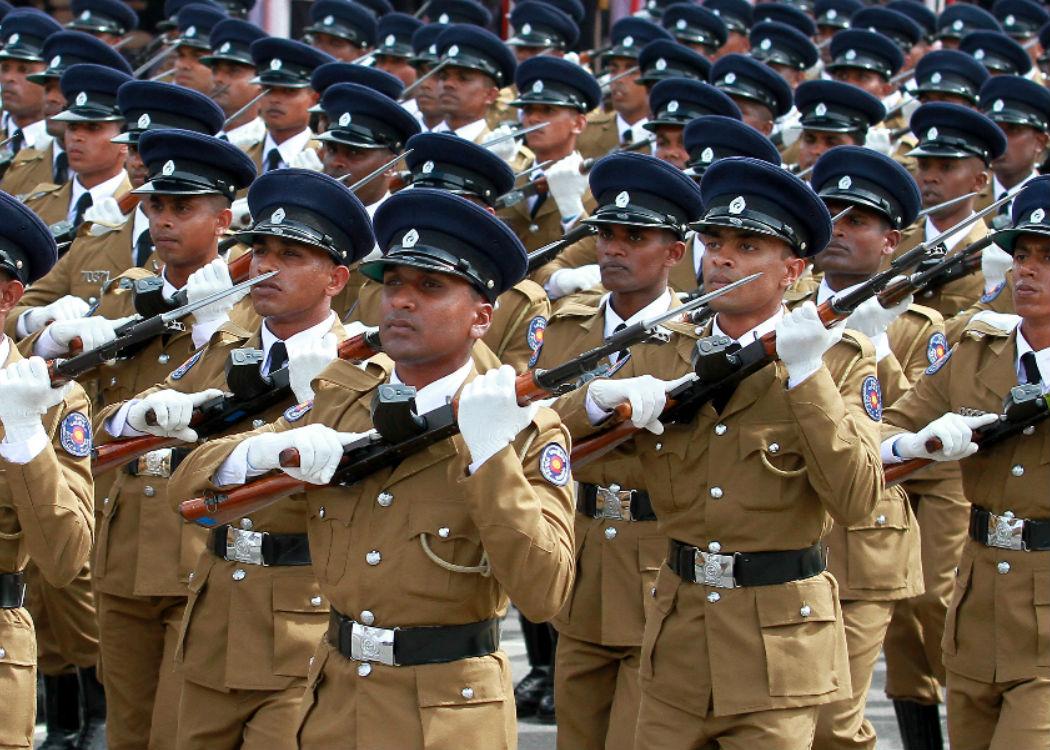 The Scottish Police College (SPC) has been engaged in the training since 2007 but the current contract is due to expire on 31 March.

However, in a move that has been condemned by politicians and human rights campaigners, the SPC has confirmed that it is close to sealing a new contract for 2015-2016 to further work to develop Sri Lanka’s National Policy Academy.

A recent British Foreign and Commonwealth Office (FCO) report found that “the human rights situation in Sri Lanka continued to be of concern in 2014, with little overall improvement”.

The FCO reported that the main university students’ union, the Inter University Student Federation, accused Sri Lankan police of the torture of students, which led to the blinding of one student.

The report also mentioned various other instances of torture, deaths in police custody, police abductions and instances of suspects shot and killed as they attempted to flee.

A trade union also claimed that it was clear its leaders were being “suppressed systematically” by Sri Lankan police.

Corporate Watch’s Phil Miller, who published a report last year documenting British involvement in Sri Lankan human rights abuses, said: “I am concerned that the Scottish Police College is even considering renewing its contract to train the Sri Lankans.

“The College is kidding itself if it believes Scottish involvement can improve the human rights situation in Sri Lanka.

“How much more proof is needed before the Scottish Government puts a stop to this hideous collusion?
Training of security forces by Scottish police officers has taken place both before and after the Sri Lankan Government’s final counter-insurgency campaign against the Tamil Tiger rebels in 2009 which ended the country’s civil war.”

A UN report commissioned by secretary general Ban Ki-Moon found that as many as 40,000 Tamil civilians may have been killed in the last months of the civil war in May 2009, mostly through indiscriminate shelling by Sri Lankan security forces.

The United Nations Human Rights Commission (UNHRC) recently delayed by six months the release of a report into alleged war crimes committed during the war.

Several hundred people demonstrated outside last summer’s Commonwealth Games opening ceremony in Glasgow, calling for the country to be suspended from the games in light of its human rights abuses.

Independent MSP John Finnie, who has previously raised concerns about SPC training in the Maldives due to human rights concerns, said that an extension of the contract would cause “reputational damage” to the Scottish Police Service.

Finnie, a former police officer, said: “Once again the Scottish Police Service finds itself linked with an oppressive regime whose police officers it trained.

“When the UN Human Rights Council and Amnesty International raise concerns about Sri Lankan forces abusing its citizens then I would expect the Scottish Police College (SPC) to pay attention.

“Whilst the argument ‘we can instil a policing style that respects citizens’ has some merit, however, the sad fact is those methods haven’t been adopted as Sri Lanka’s police systematically abuse Sri Lankans’ human rights.

“I am sure the SPC will feel under pressure to ‘generate income’, however, I would urge caution and an understanding that continued involvement with human rights abusing regimes will cause reputational damage to the Scottish Police Service.

“Likewise, I’d expect leadership from the Scottish Government, placing a rights-based approach to all it and its agencies do, rather than the distancing I encountered when raising issues about SPC links to the violent regime in the Maldives and a clear statement that this training must stop.”

Amnesty International’s latest annual report into Sri Lanka alleged that unlawful detentions and torture by security forces were carried out with impunity.

“We expect the College to ensure Scottish police engaged in training in Sri Lanka are not only aware of the serious human rights violations that have taken place but do not in any way facilitate training that would lead to further brutality.”

The news that the contract was likely to be renewed was also met with anger from people from the Tamil community in Scotland.

Uma Rajah said: “It’s infuriating to think the police forces in Scotland could be implicated in these things.

“Being involved in other countries’ affairs is politicised. It’s impossible to be neutral in that situation.

“Scottish police have been directly taking a role with a police force known to have intense human rights violations. It’s scary.”

The project in Sri Lanka is managed by Bruce Milne, a former head of education and development at the SPC, which involves delivering organisation management and leadership training.

In addition to Sri Lanka, Police Scotland is also involved in training projects in Pakistan, Abu Dhabi, Bhutan and Malawi.

“The current contract expires 31 March 2015, however we are in dialogue with the British High Commission about a new contract for 2015-2016 which will further the work already undertaken to develop the National Police Academy, as yet not confirmed.”