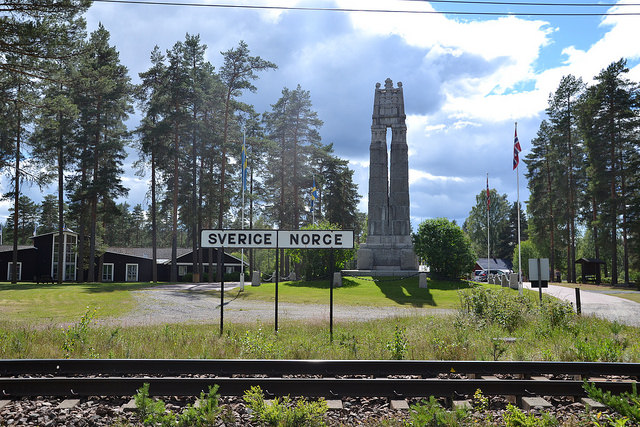 Customs expert Bill Austin reviews a new paper commissioned by the European Parliament on how to achieve a Smart Border on the island of Ireland, and finds the analysis is equally prescient for an independent Scotland’s border considerations

“Smart Border 2.0 – Avoiding a hard border on the island of Ireland for Customs control and the free movement of persons”

THIS up-to-date, prescient analysis of how the principles of “Smart Borders” may apply to the Gordian knot of Brexit in Northern Ireland, evidences and supports the methodology and practices detailed in Common Weal publications: “An independent Scotland’s Customs and Borders” and “How to start a new country”.

The study, commissioned by the European Parliament´s Policy Department for Citizens’ Rights and Constitutional, “identifies international standards and best practices…into creating a smooth border experience” and “offers a template for future UK-EU border relationships”, and is equally applicable to an independent Scotland.

This matters to independence supporters because in the event the UK Government successfully achieves its hard Brexit they become a non-EU third country, meaning a smart borders system would be required for an independent Scotland irrespective of whether we are in the EU or EFTA (like Norway).

Smart Border 2.0 relies on enhanced cooperation between the customs authorities of an independent Scotland-rUK and Northern Ireland-Republic of Ireland/EU. Customs cooperation agreement is necessary to govern the new external EU border, however it is configured.

“The agreement would consist of inspection cooperation allowing each party to carry out checks on behalf of the other and coordinate in such a way as to avoid procedural duplications.”

In addition, there may be a requirement for a technical Customs agreement (based on World Custom Organisation SAFE Framework of Standards) facilitating transfer of data between customs authorities. This includes information for customs purposes and security. This is significant due to the high reliance on pre-checks using forms of electronic clearance for Smart Border 2.0. As this requires the transfer of personal data, this aspect of the proposal is ultimately bound with the results of “negotiations on data transfers in the future relationship.”

The “How to start a new country” model and Smart Border 2.0 rely on technology to reduce friction at the border. However, there will still be a requirement for a certain level of both physical and digital infrastructure: the movement of vehicles may be monitored using Automatic Number Plate Recognition (ANPR) at unmanned border crossings, requiring cameras to read number plates (as in Norway). CCTV will also be required at border crossings. Existing infrastructure such as mobile technology and GPS can also be utilised to track things like individual consignments, commercial vehicles and 20’ & 40’ freight containers, such as Maersk Shipping Company uses.

An independent Scotland and Northern Ireland should utilise the internationally recognised “Single Window” concept at which respective authorities, importers/exporters, banks, freight agencies are co-located in order to share information, lodge applications and receive a single response. This may be located at an agreed inland location e.g. on M74 or M8. Equally, any single warehousing/freight/distribution company can apply for authority to set itself up as a “Single Window” e.g. in Ullapool. Smart Customs controls don’t need to be at the Border.

Professor Hiroshi Motomura (UCLA) has pointed out that the legal precedent for the idea of “functional borders” has been long established…the border [can] be conceptualised according to his analysis as “not a fixed location but rather wherever the government performs border functions”. This evaluation is key to understanding, protecting and collecting national revenues and, indeed, immigration policies and laws.

This Single Window ties in with the One-Stop-Shop approach, meaning that importers/exporters should only deal with one government agency which represents the other relevant agencies. In order to carry out inspections, mobile control and inspection units will be necessary and can be coordinated to reduce duplication.

Much government thought will be required to synchronise national infrastructure. As I have argued in a previous report with Peter Henderson, “Customs controls can be co-located at road system, airport and rail hubs as part of a co-ordinated modern inter-modal transport system.”

The movement of people

Maintaining the free movement of people to a level congruent with the requirements of the Common Travel Area for an independent Scotland and Northern Ireland may require the creation of a Trusted Traveller Program, which will apply to ordinary travellers and/or a Trusted Commercial Traveller Program for drivers of commercial vehicles or other individuals involved in cross-border trade. These would allow people to pre-register for fast-track movement across the border. This system could be used in conjunction with biometric passports or enhanced drivers’ licenses using radio frequency identification. At a limited number of border crossings (where most crossings take place) a system of free movement lanes would be used, which would allow differentiation between those entitled or not to move under the CTA. Non-qualifying individuals who did not cross at these specific border crossings would then be considered to have entered the state irregularly. Those who qualify under the CTA can cross at any border crossing. In addition, it is also suggested to create some form of frequent traveller program for those outside of the CTA.

The movement of goods

For the movement of goods, the basis for as frictionless as possible movement over the border comes from the use of the Authorised Economic Operator (AEO) system, which allows companies to be recognised as trusted traders and thereby speed-up the customs process. This is achieved in part by the ability to submit a simplified export/import declaration. The drivers of vehicles would also be in the Trusted Commercial Traveller Program. The driver would then be tracked to the border via their mobile phone and granted a permit to pass. The Green Corridor would facilitate supply chain movements across the border by reusing the export data for the import declarations.  Any checks on commercial vehicles or indeed ordinary travellers would then be conducted on the basis of risk. Customs Authorised Warehouses (wet (e.g. distilleries) and/or Dry (e.g. electrical goods)) plus temporary storage facilities (Inland Clearance Deports (ICDs)) are also pragmatic, well-established trader facilitation methods.

In conclusion Smart Borders are a 21st Century norm for progressive Customs authorities. The UK Government established a necklace of watch-towers, barriers and barbed wire in NI during the 80’s and 90’s. Whitehall knows first-hand how ineffective, expensive and anti-trade their Hard Border was. An independent Scotland and Northern Ireland cannot afford a repeat of such London induced idiocy.