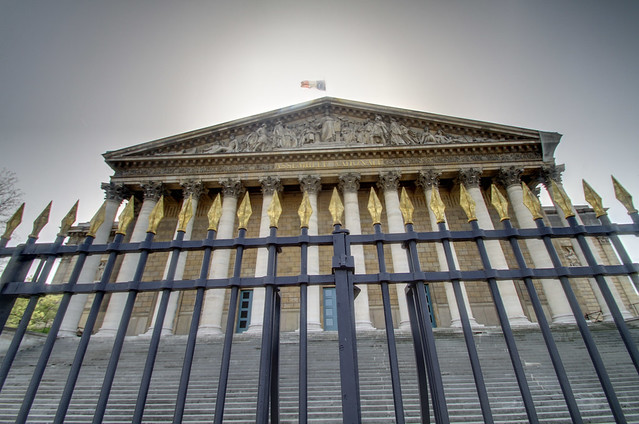 FIFTY-TWO deputies of the French National Assembly have condemned “repression against the elected Catalans in Spain”, and called for the end of the “arbitrary measures” employed against those Catalan politicians who remain imprisoned for their part in Catalonia’s 2017 independence referendum.

The members of the French parliament’s lower house, who represent parties ranging from Left to Right, published a joint statement in the 1 September edition of Le Journal de Dimanche, expressing their “concern and disapproval of what we believe is a violation of fundamental freedoms and the exercise of democracy.”

The letter is the latest reminder that the national and international ramifications of Spain’s attempt to quash Catalan independence by judicial means remains unresolved. The trial of 12 key pro-independence politicians and civic leaders for their part in the outlawed plebiscite culminated in June, and the accused remain imprisoned awaiting a verdict, which is widely expected this Autumn.

The French deputies’ statement adds that “political debate cannot be resolved through repression” and argues that there are Catalan politicians who “risk being sentenced to harsh prison terms” for “having wanted to organize a vote.”

“Respect for institutional norms is one thing, but we believe that political debate cannot be decided by repression, by attacks on people’s rights, by a kind of crime based on one’s opinion,” the letter continues, before concluding that, “like many voices in Spain and elsewhere, we demand the lowering of tensions and the end of the arbitrary measures that affect representatives elected under universal suffrage.”

The Spanish Government responded negatively to the publication of the letter, with Spanish foreign minister Josep Borrell commenting that there was what he considered an “alarming level of misinformation” amongst the signatories.

The letter follows an earlier declaration from 41 French senators in March, also reflecting diversity across the political spectrum, calling for an intervention from both France and the European Union “to reestablish conditions for dialogue with the aim of finding political solutions to a political problem.”

In what was described by El Nacional newspaper as “the first time in recent history that in France there has been a declaration of this magnitude in favour of the collective rights of Catalans”, the declaration noted: “Our country is a neighbour to Spain and its great Region, Catalonia, with whom we share a long history.

“Both as Europeans and as Frenchmen and women we are concerned about the grave events that have taken place in Catalonia”.

This latest intervention from outside of Spain comes as the acting Spanish prime minister Pedro Sanchez reiterated his belief that the ongoing political deadlock which has prevented him from forming a working government can be broken.

Following Spain’s April general election, in which the Socialist Party (PSOE) won the highest number of seats but not an absolute majority, Sanchez has struggled to win the support of other parties in order to secure his position as prime minister, and has been heading an acting administration in the meantime.

READ MORE: ‘The repression is not stopping’: Quim Torra calls for answers after UN report advocates release of Catalan prisoners

Sanchez will tomorrow bring his latest proposal to Madrid, which he claims will allow him to win sufficient parliamentary support to be confirmed as prime minister, following claims in the Spanish newspaper El Pais that a “third way” option would not require a coalition with the anti-austerity Unidas Podemos.

It was also announced this week that Catalan president Quim Torra will be judged for ‘disobedience’ on 25-26 September by Spain’s high court in Catalonia for not removing signs in support of imprisoned and exiled pro-independence Catalan politicians, on the grounds that this violated the neutrality of public institutions during the Spanish electoral campaign.

If the public prosecutor’s request is successful, this could mean that Torra would be banned from his office for a year and eight months, in addition to receiving a fine of €30,000.