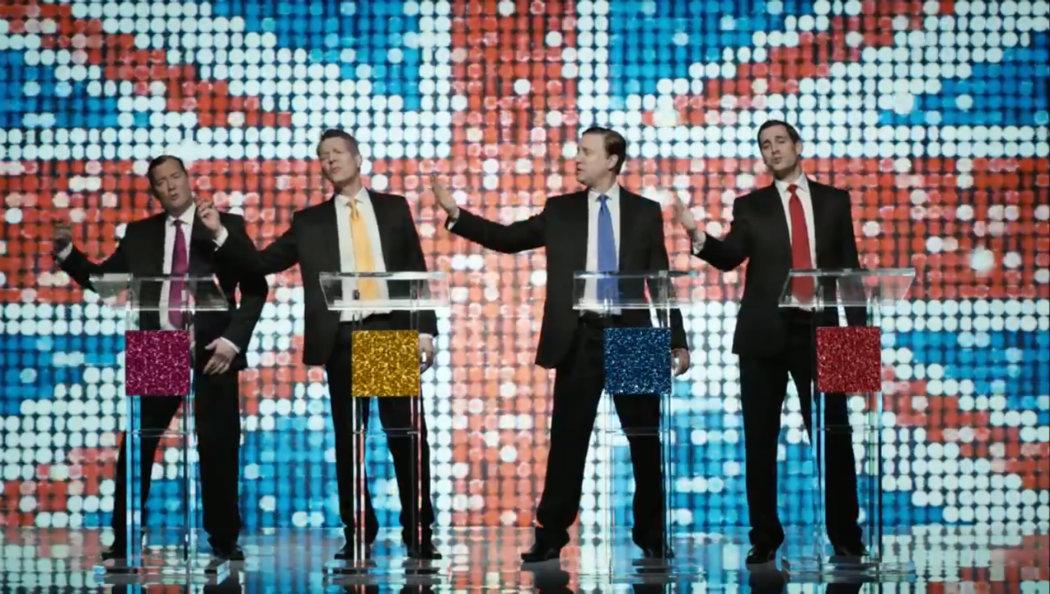 THE GREEN PARTY in England and Wales has hit the right notes in a new party election broadcast which brings the Westminster party leaders together to form a pro-establishment boy band.

“We’ll sell off the parts of this broken nation and close the door on immigration. And if a few companies don’t pay tax, let’s not grumble. What’s the harm in that? There’s no harm baby,” the group sings.

The leaders then dance around a giant pound symbol shouting “austerity” before an awkward Nigel Farage dampens the mood by suggesting “Let’s get rid of foreigners”.

The rhyming couplets continue with “Whether it’s Trident or High Speed Two, the lesser of four evils is up to you”.

@thoughtland @rosscolquhoun I just hate wackiness in all its forms. Best of luck to them though.

I genuinely might vote Green on the strength of this *amazeballs* party election broadcast https://t.co/x7QrbMvwKo

I think we should send Nigel, Nick, David and Ed to Eurovision. We would probably win. #ChangeTheTune #Eurovision pic.twitter.com/Fc4lxWCMca

Picture courtesy of The Green Party