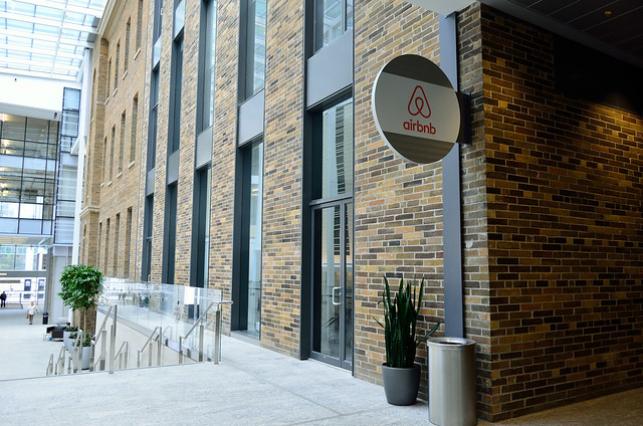 New polling commissioned by 38 Degrees finds majority support for taxation and registration of holidays lets, as well as the ring-fencing of money raised for local housing

A MAJORITY of Scots back taxes on holiday let landlords, a new poll has found.

A YouGov poll commissioned by the campaign organisation 38 Degrees has found that 84 per cent of respondents believe that taxes on holiday lets should be instituted, with 63 per cent saying that “all” or “most” of the money raised through this potential taxation should be ring-fenced to improve local housing.

The poll – which asked 1,019 adults in Scotland between 16-18 July 2019 – also showed that 89 per cent of Scots who expressed an opinion believe that holiday let landlords should be required to register these short-term properties.

At present, private landlords must register with local authorities, but holiday let landlords taking books through companies such as Airbnb are able to avoid this requirement.

A Scottish Government consultation on holiday lets closed on Monday 22 July. In response to that consultation, over 10,000 people have signed a petition presented by 38 Degrees and the Living Rent tenants’ union calling for new regulations to “stop holiday lets destroying our communities”.

The petition calls on the Scottish Government to give councils the power to limit the number of holiday lets in their areas, bring in new taxes on holiday lets, and require holiday let landlords to register like normal landlords.

Megan Bente Bishop of Living Rent commented: “People across Scotland know all too well what the current lack of regulation on holiday lets means for our communities. It means families forced out, communities ripped apart and ever fewer homes for people who want to live and work in Scotland. At the same time, the landlords who own these properties are making a killing. This urgently has to change, or the damage done will be irreversible.”

“The ball is now in the government’s court: will they stand up for communities across the country?” Chloe Lawson, 38 Degrees

Chloe Lawson of 38 Degrees added: “More than 10,000 people across Scotland have signed a petition demanding that the Scottish Government stop holiday lets destroying our communities. This polling suggests that the vast majority of people across Scotland could also back that demand. The ball is now in the government’s court: will they stand up for communities across the country?”

In June this year, SNP and Tory MSPs united to back an amendment to Green MSP Andy Wightman’s proposal to regulate the short-term sector, limiting any regulation to specified ‘control areas’. Wightman responded by accusing the SNP and Scottish Conservatives of yielding to the short term let lobby, which he said had “ran a sustained campaign of misinformation and downright lies”.

“The owners of short term lets enjoy hefty profits and an uplift in the value of their property while not contributing a single penny to local services.” Green MSP Andy Wightman

Wightman commented on the latest polling: “There is a clear case for all owners of short term lets to pay their fair share of tax to local authorities.

“The Scottish Government shamelessly voted down my plans to provide better planning controls in the planning bill, preferring instead to listen to the vested interests of the industry. But this poll once again shows that there is huge public support to control the spread of short term lets.

“My research shows that the City of Edinburgh Council loses out on over £10.5 million in uncollected non-domestic rates due to short term lets annually. This means that the owners of short term lets enjoy hefty profits and an uplift in the value of their property while not contributing a single penny to local services, all the while my constituents are left to deal with the anti-social behaviour which often accompanies such lets.”