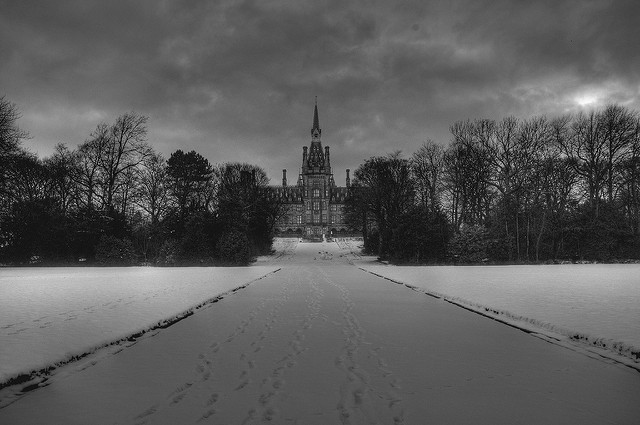 A MAJORITY OF SCOTS believe that private schools should have their charitable status brought to an end, a new YouGov poll has indicated.

Conducted among 1,002 Scottish adults, the poll – commissioned by the Times newspaper – found that 73 per cent believe that fee-paying schools should not enjoy classification as charities, which allows the schools to reduce their tax bills.

In order to qualify as a charity, any organisation or institution must pass several tests laid down by the Scottish Charity Regulator, chief amongst which are demonstrating proof that there is public benefit to their work, and that access to services are not unreasonably restrictive.

Finance Secretary Derek Mackay announced as part of the draft Scottish budget in December that private schools would have to pay full business rates, but did not address their charitable status.

“This poll demonstrates a broad and growing agreement that elite education is not and should not be seen as a charitable activity.” Scottish Green education spokesperson Ross Greer

Responding to the poll, Scottish Green education spokesperson Ross Greer MSP told CommonSpace: “The public, whoever they vote for, whatever their income, are far ahead of the timid political consensus on tax breaks for private schools.

“This poll demonstrates a broad and growing agreement that elite education is not and should not be seen as a charitable activity, and that private schools should instead be treated as the businesses they are, making a fair contribution to supporting public services, including state schools.”

“Why should taxpayers subsidise a system which protects and entrenches class privilege and inequality? Charitable status for schools designed to give a leg-up to the children of the better off is a legacy of another era, and must be ended.”

John Edward, director of the Scottish Council of Independent Schools, conversely argued that the poll results were the result of unfavourable press coverage, saying: “The poll results will make depressing reading for the schools that have worked so hard for over 10 years to pass a test of their public benefit and widen access, something no other group of charities has done.”

“There is clearly much more work for the sector, and the charity regulator, to do in showing how much is being done.” Scottish Council of Independent Schools John Edward

“There is clearly much more work for the sector, and the charity regulator, to do in showing how much is being done – at the direct behest of the parliament.

“The results are perhaps less surprising given the nature of the recent public debate, with coverage of schools’ work using phrases like ‘swindle’, ‘separating precious offspring from the masses’, ‘obscene’ and ‘insidious’.

“It is a disgrace that the best intentions and choices of one group of teachers, families, pupils and schools can be portrayed in such a sweeping, false and dismissive way.  No other group would be expected to tolerate it.”

The charitable status of private schools has long been a point of controversy in the education sector. At the SNP’s 2016 autumn conference, former SNP candidate and ex-teacher Graham Sutherland said it was a “disgrace” that the Scottish Government had rejected an earlier bid to remove the charitable status of private schools, saying: “Effectively we have a situation just now where the state subsidises educational segregation and class privilege. The system as it stands also perpetuates education inequality and that has a knock-on effect on child poverty.

“The system at the moment means that elitist private schools which serve the rich, the privileged and those that are already advantaged in life’s race enjoy charitable status while state schools serving the wider population, which undoubtedly provide a public benefit, do not.”

Scottish Labour, the Scottish Conservatives and the Scottish Liberal Democrats were also asked for comment, but did not respond at the time of publication.