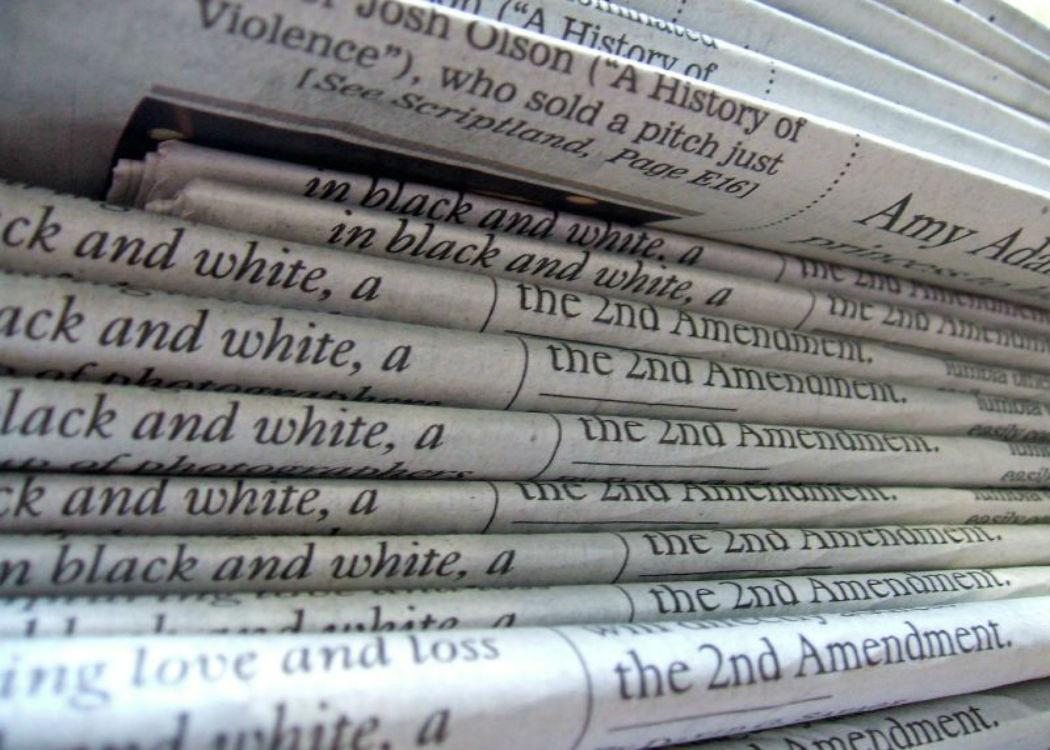 A new YouGov poll has revealed that the majority of people in the UK favour media reform, including strict limits on owners’ editorial influence and a journalism fund levied from the profits companies make from social media.

The poll, conducted on behalf of the Media Reform Coalition on 30-31 March, revealed that 74 per cent of people believe that in order to own a UK media outlet, companies should be based and pay full tax in the UK.

Robin McAlpine, director of Common Weal campaign group and think-tank (and formerly a journalist), said the results of the poll showed “people think the media is failing our democracy”.

McAlpine added: “The traditional media has done a poor job of providing space for discussion about the role of journalism in our democracy – or done a very good job of making sure their big commercial and political interests are not challenged, depending on which way you look at it.

“Concentration of media ownership; the merger of advertising interests and editorial decisions; the purchase of newspaper titles by the rich to provide access to influence politics; lack of real investigative journalism; rapidly dropping levels of trust in the media and much more are crucial issues which simply don’t get airtime.

“The media is not a democracy; it is a big commercial interest. This poll should help give politicians the courage to open up this debate.”

The idea of a journalism fund also received majority support. When people were asked ‘to what extent would you support or oppose the introduction of a levy on the UK profits of the largest media companies (including search engines, social media and Pay TV companies) in order to support new providers of local and investigative journalism?’, 51 per cent supported with only nine per cent opposing.

Dan Hind, author of The Return of the Pubic: Democracy, Power, and the case for Media Reform, said the case for a journalism fund was essential to meaningful media reform.

“I have always been agnostic about where the money for a journalism fund comes from,” Hind said. “What matters is how it is distributed. If it is to work as advertised it must be democratic in structure. That is, each citizen must have an equal voice in the distribution of funds, in a process that is organized on defensible and comprehensible principles.”

“As we move from broadcast to digital we have an opportunity to create news and current affairs media that serves the democratic polity by a process of steady but relentless demystification. The alternative is one of pervasive and persuasive advertorial that covers the field of public speech from here to the horizon,” Hind added.

The resignation of journalist Peter Oborne from the Daily Telegraph because of what he considered to be advertising pressure from the HSBC bank not to publish negative stories about it led to a renewed debate around the relationship between news and advertising. The YouGov poll found that 64 per cent would favour an inquiry into this relationship.

“The YouGov poll demonstrates that the public have lost faith in existing ownership rules and want something more robust to defend the public interest.”

The poll findings follow a statement signed by 1,500 journalists and celebrities including John Cleese, Frankie Boyle, Polly Toynbee, Nick Davies and George Monbiot which argued for all political parties to commit to policies that will create greater media plurality. (Click here to read more).