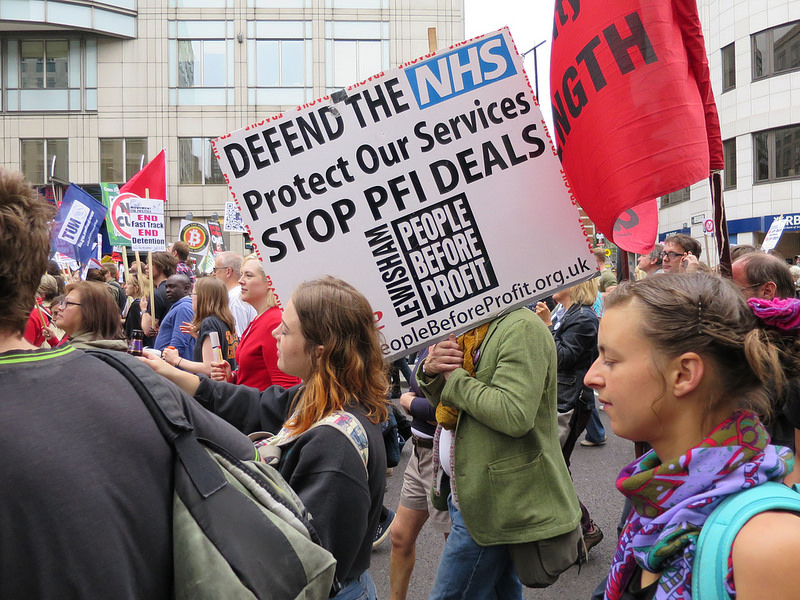 TORY AUSTERITY has gone “too far” according to polling by Survation on behalf of GMB, which found that the UK public support an end to the austerity agenda ahead of the UK Government’s Spring budget statement.

Survation, the only company to predict the 2017 general election correctly, also predicted a “storming” seven per cent lead for Labour over the Conservatives at Westminster.

The poll of over 1000 people, seen by CommonSpace, showed 62 per cent want the Spring budget statement from the UK government to announce a real terms increase in spending on public services, and almost half of people who supported Theresa May in June 2017 think Tory spending cuts have gone too far.

Chancellor Phillip Hammond will give the latest economic and public finance forecasts from the Office for Budget Responsibility later in March but isn’t expected to announce any major public spending policy changes to areas such as tax.

Over 50 per cent of respondents also supported outsourced public service contracts being brought back into public hands. Respondents based in Scotland also favoured this approach to the delivery of public projects over the use of private finance deals such as PFI, NPD and outsourcing giants like Carillion.

Earlier in February an internal SNP campaign called for an end to outsourcing, suggesting the Scottish Government set up a Scottish national infrastructure company to deliver and manage public projects.

Elsewhere in the poll, almost 50 per cent of respondents said they expected the UK economy to enter a recession, a sustained period of economic decline, in the next two years.

“Public services are at breaking point, our infrastructure is creaking and there is no government plan to create jobs.” GMB general secretary Tim Roache

Speaking when the poll was released, the general secretary of GMB Tim Roache said: “People have had nearly eight years of austerity and they’ve had enough. We’ve all seen that it’s not working – public services are at breaking point, our infrastructure is creaking and there is no government plan to create jobs.

“This poll shows that voters of all stripes think the Government’s cuts have gone too far. No matter party allegiance, people can see what cut after cut means for them, their families, their friends and their communities, and they don’t like it.

“Austerity has failed. In his Spring Budget Statement, the Chancellor has a choice. The choice is to stop the cuts and properly invest in our economy and public services, or continue with a failed policy that the electorate don’t like, don’t want and will roundly reject at the next election – because as these figures show, the policies Labour will deliver are giving people across the country hope, and a belief, that things can be different.”