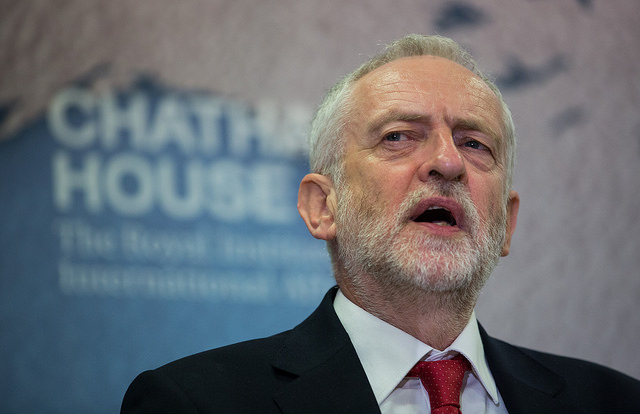 A NEW YOUGOV poll for The Times has found that the SNP maintains a clear lead in Scotland’s voting intentions, while Jeremy Corbyn’s popularity has taken a major dip since October – and a majority of voters don’t know what they think of Richard Leonard.

General Election voting intentions for the Scottish Conservatives have remained the same at 23 per cent.

In the constituency vote Labour’s support has also fallen from 25 to 23 per cent, and from 24 to 22 per cent in the list vote.

The Scottish Conservatives have increased their share of intended votes from 25 to 26 in the constituency vote and from 23 to 25 in the list vote.

While First Minister Nicola Sturgeon’s approval ratings are sitting at just 43 per cent, down from 46 per cent in October, the party can take comfort in the fact that Labour leader Jeremy Corbyn has seen his own popularity plummet.

Corbyn’s approval ratings in Scotland have gone down from 53 per cent in October to 40 per cent, while those who say he is doing ‘badly’ have increased from 33 per cent to 43 per cent.

The new Scottish Labour leader Richard Leonard does not fare much better: while only 27 per cent think he’s doing badly, only 12 per cent say he’s doing well – because the other 60 per cent ‘don’t know’.

The poll also indicated a slight drop in support for independence, from 44 per cent in October to 43 per cent.

Commenting on the figures, SNP business convener Derek Mackay said: “As Labour’s support for a Tory hard Brexit has become clearer, Scottish public opinion has taken a dramatic turn against Jeremy Corbyn – while people haven’t got a clue who Richard Leonard even is.

“Scots are getting increasingly fed up of the SNP constitutional fixation and their failures in government.” Scottish Labour spokesperson

“Only the SNP has stood up for Scotland’s interests after the Brexit vote in the face of a Tory government that thinks it can do what it wants to Scotland and get away with it – which is just one of the reasons why we have a 12-point lead after a decade in government.

“The fact that Scotland is being dragged out of the EU against our will, with all of the damage that will cause to jobs and our economy, underlines the need for Scotland to control our own future.

“Independence would allow us to do so, and support for an independent Scotland, across a range of polls, remains at historically high levels.”

A Scottish Labour spokesperson said: “It is clear that Scots are getting increasingly fed up of the SNP constitutional fixation and their failures in government.

“Only Labour is offering the real and radical change that Scotland needs. It’s Labour that will invest in our people and communities, industries and public services and it is Labour that will develop an industrial strategy, argue for fair and well paid work, and tackle once and for all the blight of poverty that stains our country.”

Tory MSP Donald Cameron commented: “People in Scotland know that only the Scottish Conservatives have the strength to take on the SNP. That said, the only poll that we will continue to focus on is the next election in 2021.”