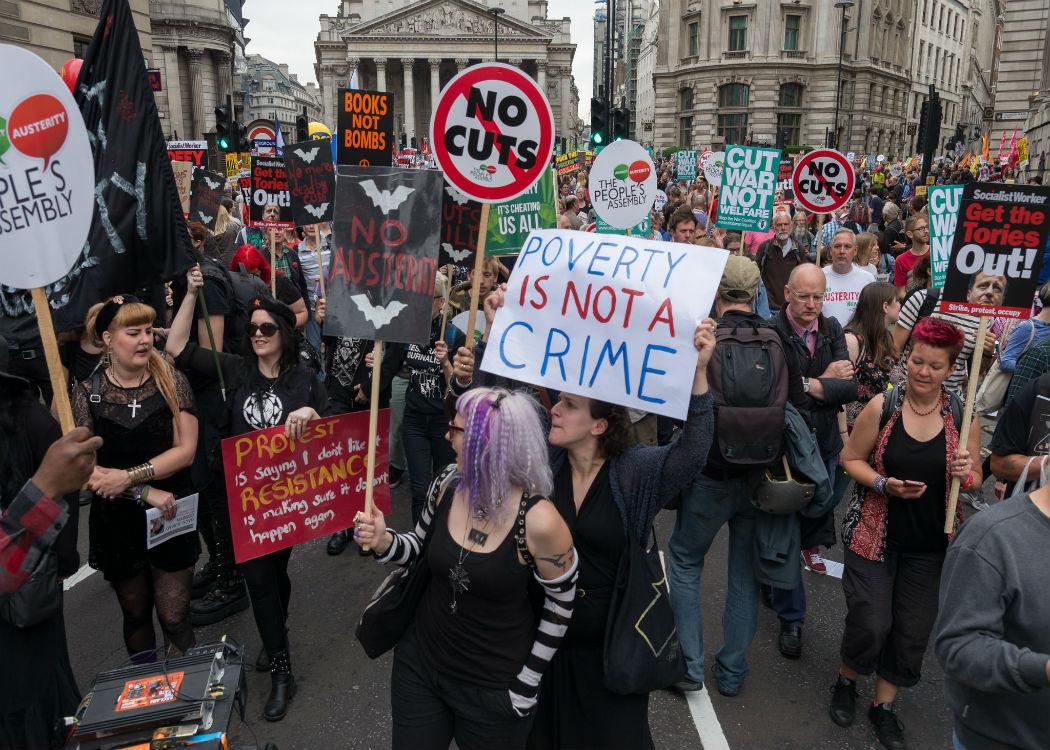 A NEW poll by Survation has shown a majority of Scots are opposed to any further cuts to the welfare budget, with a third stating that social security spending should be increased.

The poll comes after Chancellor George Osborne announced a Welfare Bill which would include PS12bn cuts over the next four years, with the benefits cap being reduced to PS20,000, child tax credits frozen for four years and taken away from households after the first two children.

The poll found that 33 per cent believe social security spending should be increased, with 31 per cent believing it should stay the same – meaning nearly two-thirds (64 per cent) opposed Osborne’s plans for welfare cuts.

Just 18 per cent said they were in favour of more cuts to the welfare budget.

The Labour party has been divided in how to responded to Osborne’s slashing of the welfare budget, with acting leader Harriet Harman stating that the party would vote for the Bill and would back plans to lower the benefits cap and to take away child tax credits after a households first two children.

Three out of four Labour leader candidates have publicly distanced themselves from this position, along with Scottish Labour leader challengers Kezia Dugdale and Ken Macintosh.

Dugdale tweeted her opposition, saying: “I can’t and won’t support cuts to child tax credits. I came into politics to tackle child poverty, not add to it.”

“The Tories’ claims in the referendum that a No vote would mean a UK welfare system which helped the poorest in society has been shredded – by George Osborne’s Tory Budget,” Whiteford said.

She continued: “Therefore, it is no surprise that this poll shows a large majority of Scots want Holyrood to protect welfare spending, instead of targeting some of the most poorest and vulnerable in society the way the Tories are. The SNP Government will use all of the new powers devolved to the Scottish Parliament sensibly, in the best interests of the people of Scotland, while continuing to balance the books.”

The Institute for Fiscal Studies’ has found that 13 million families will be worse off after Osborne’s budget, with increases in the minimum wage being offset by in-work benefits cuts for the majority of households.