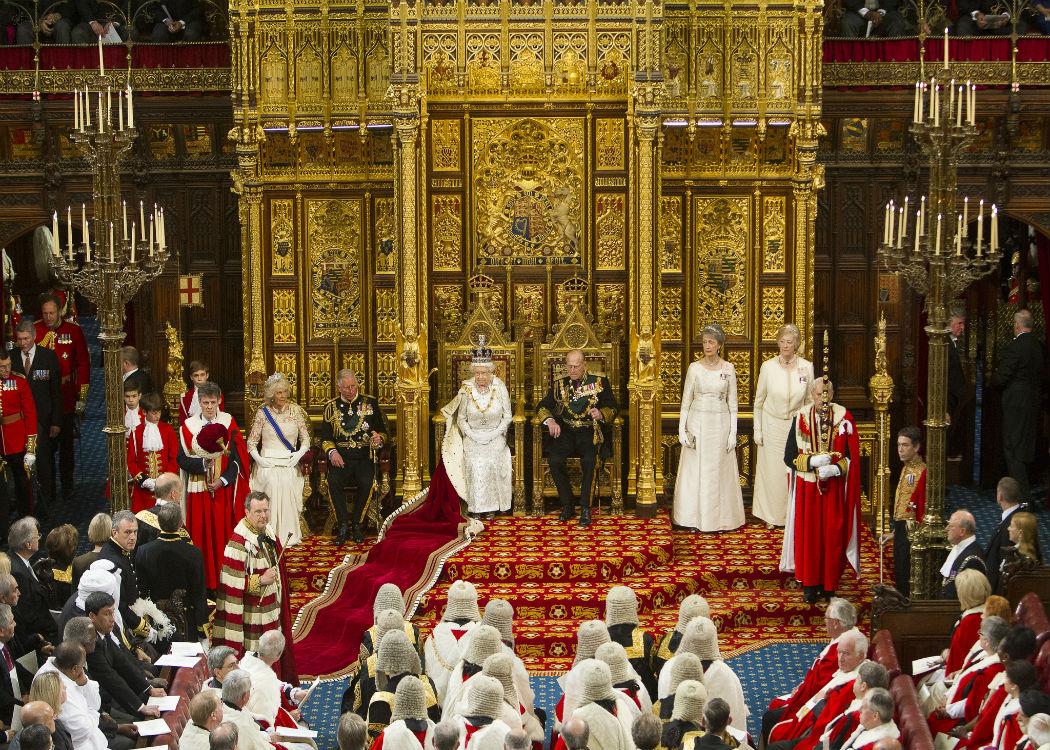 CommonSpace fills you in on what to expect from the Queen’s Speech on Wednesday, from the pomp and procedure to the policy and propaganda

THE Queen’s Speech will take place on Wednesday and will definitely be passed by the majority Tory Government, with the voters depriving us hacks of the fun of covering what looked set to be late night deals conjured up by a minority government of one description or another.

But what is the Queen’s Speech, what should we expect this year and what sort of opposition will there be? CommonSpace takes a look.

What is the Queen’s Speech?

The Queen’s Speech marks the formal opening of the UK Parliament, and is written by government minister’s to signal what policies it wants to implement over the year.

The Queen delivers the speech in the House of Lords, even though what’s announced is for the House of Commons.

The Queen enters with a posse of men in pompous red and gold outfits, tights and funny hats, and a big posh carpet is rolled out for her majesty to walk along until she reaches her gold throne.

There is then a more modern tradition, with veteran MP Dennis Skinner always saying something before official proceedings get under way.

Once the speech is over the MPs go back into the House of Commons to debate the content, and at the end the politicians vote on it.

What should we expect?

In short, the Conservatives General Election manifesto. The party’s majority means it can crack on with its policies uninhibited, and with a Labour opposition in disarray it is unlikely to be scared of what resistance the measures could bring.

Expect David Cameron to propose a lot of what the Lib Dems vetoed in the last coalition, like scrapping the Human Rights Act and introducing new ‘counter-extremism’ measures that were previously termed a ‘snoopers charter’.

New anti-trade union legislation, lowering the benefits cap, introducing right to buy for housing associations, and cuts in taxes for those on low incomes and professionals earning over PS42k a year will also be up for grabs.

Also expect talk of a renegotiated deal with the EU and plans for an in-out referendum before the end of 2017, as well as plans to find more cutbacks even though the 2015/16 budget has already been passed. Cameron will be keen to use the speech to lay out his vision on the big issues over the next few years: more austerity and EU reform.

While Labour appear to oppose a dwindling amount of Tory policy, the SNP are likely to provide stiffer opposition to nearly everything the Tories have planned. An interesting side-story may be whether Labour or the SNP look like the real opposition to Cameron.