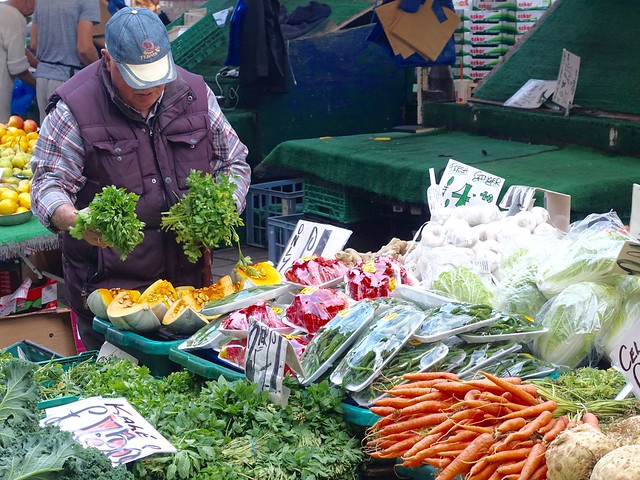 What’s preventing many Scots from accessing food which is available, accessible, adequate and sustainable?

IN A NEW report published today [15 April], the Scottish Human Rights Commission (SHRC) argued that the ‘right to food’ should be enforced within Scots Law.

The report provides a detailed account of how many Scots are currently being denied the right to food, defined as food which “must be available, accessible (economically and physically), adequate (satisfying dietary needs, safe and culturally acceptable) and sustainable”.

The SHRC’s report is a submission to the Scottish Government’s Good Food Nation public consultation, the deadline for which is 18 April.

CommonSpace looks at five of the key barriers to the right to food.

A significant contribution to poor diets is the price comparison, with the SHRC finding healthier food is three times more expensive than processed foods.

Inevitably, if unhealthy food is cheaper, faster and more easily accessible, it will be the easiest choice for families in poverty, often working long hours and with high levels of stress.

A study at the University of Sheffield found that a soft drinks levy, widely known as ‘the sugar tax’, introduced last year by the UK Government has seen a 30 per cent fall in the purchase of sugary drinks.

The report also listed the most obvious and well-reported reasons for people using food banks; three out of four were connected to the social security system: benefit delay, benefit changes and lack of unemployment support.

The Trussell Trust has found that where Universal Credit has been rolled out, food bank usage has risen by 52 per cent, with the migration to the new benefit causing significant hardship as financial support is reduced and delays in the transition create financial emergencies.

When incomes are reduced suddenly, paying rent, electricity and debt repayments after often prioritised in household budgets over buying nutritional food, including for children.

UN Special Rapporteur Phillip Alston said in his visit to the UK that welfare cuts were “punitive, mean-spirited, and often callous” and had caused a “social calamity and an economic disaster” in rising child poverty.

Scotland’s unemployment rate is at an all-time low, but poverty is rising – the only explanation can therefore be that in-work poverty is growing, and thus poverty pay increasingly denies many the right to food.

The TUC found last year that real wages – the rise in wages relative to the rise in inflation – are £24 per week lower than they were before the financial crisis in 2008, making that the longest decline in real wages for 200 years, since the Napoleonic wars when there was a 24 year slump from 1798-1822!

The Joseph Rowntree Foundation’s poverty in Scotland 2018 report found the number of children in poverty from working households has risen sharply in recent years, from 30,000 in 2011/12 to over 50,000 in 2015/16, and is projected to rise even further over the next decade.

People with disabilities and the elderly can find themselves unable to physically access nutritious food due to being unable to reach local shops or to cook.

The ‘meals on wheels’ voluntary service is no longer delivered in many council areas in Scotland and the SHRC report found many other home care services are inadequate in supporting people to eat regular meals, as the social care crisis in Scotland deepens as the population ages.

A staggering 50 per cent of older people admitted to hospital in the UK are undernourished, significantly increasing the length, cost and probability of recovery.

A lack of affordable public transport in many areas is a way in which Scots are being denied the right to food.

Recent research by the Kellogg’s Foundation showed that 41 per cent of people living in deprived ‘food deserts’ (deprived areas where there are two or fewer supermarkets/shops) do not have access to a car.

Bus travel in Scotland has declined by 7.5 per cent in the past five years, while fares have risen by 18 per cent, leading to calls for radical change in how bus transport is delivered.

In some rural areas, lack of availability of public transport altogether can cut people off from accessing nutritious food.