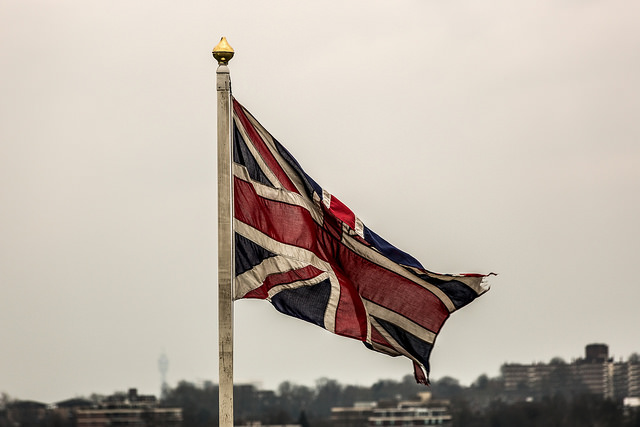 BELL POTTINGER, a PR firm which the UK Government paid for media interventions during the Scottish independence referendum, has been expelled by trade body over a South African election campaign.

The Public Relations and Communications Association (PRCA) ruled that the successful London PR firm engaged in activities which “brought the PR and communications industry into disrepute” and expelled the firm for a minimum of five years.

The PRCA investigated Bell Pottinger following a complaint from the main opposition party in South Africa, which accused the firm of aiming to stoke racial tensions by focusing on the idea of a “white monopoly capital” and “economic apartheid”.

The PR firm, founded by Margaret Thatcher’s spin doctor Lord Timothy Bell, has worked for clients including multinational corporations and governments around the world.

The firm was paid £9,000 by the UK Treasury in autumn 2014 to consult on “strategic media interventions”.

The Sun previously uncovered through Freedom of Information requests that the firm was paid £9,000 by the UK Treasury in autumn 2014 to consult on “strategic media interventions”.

The newspaper reported that lobbyists had been used to “drump up negative stories” during the Scottish independence referendum in order to influence the result.

Excessively negative and scaremongering campaign tactics in the pro-union camp during the referendum campaign were branded as “Project Fear” and widely criticised by independence supporters.

Bell Pottinger’s own investigation into the South African campaign, conducted by an independent law firm, concluded that the campaign could have been “racially divisive” and that the firm had engaged in a number of unethical practices.

For example, the report said that Bell Pottinger had taken steps “which might mislead or undermine journalists who were asking questions in relation to the campaign”.

The firm has been the subject of criticism in the past due to the controversial regimes on their client roster and a 2011 report by the Bureau of Investigative Journalism which revealed that Bell Pottinger executives had said they were able to doctor Google search results to push down potentially damaging coverage of human rights violations.

Tamasin Cave, director of Spinwatch and leader of the Alliance for Lobbying Transparency campaign, spoke to CommonSpace about the ruling. Cave said that “being chucked out of the PRCA is no great shakes” in itself, because there is no requirement for PR firms to be signed up to it in the first place.

However, Cave added: “The very public way in which they have been shamed in the media for this affair is a much bigger problem for them. I don’t know how big names like Waitrose can stay with them after this toxicity.”

Channel 4 News journalist Alex Thomson has reported on Twitter that Unite the union and Carillion have withdrawn their business from Bell Pottinger, and that the firm’s second largest shareholder has now pulled out.

“[Bell Pottinger] had access to the highest levels of government.” Tamasin Cave, Spinwatch

Tamasin Cave pointed out that Bell Pottinger’s dealings with “awful governments with dubious human rights records” have been well known for some time, “and yet they still had access to the highest levels of government” in the UK.

Cave said that there had been a degree of tolerance for the unsavoury aspects of the firm’s works, but now, she said, “I think they’ve gone past the point where they’re tolerable”.

“I would be surprised if ministers had such an open door to Bell Pottinger now,” Cave added.

The National Union of Journalists (NUJ) has welcomed the ruling by PRCA. Phil Morcom, chair of the NUJ public relations and communications industrial council, said: “The NUJ firmly endorses the ruling against Bell Pottinger.

“Unethical behaviour in the public relations industry brings a stain on our profession. PR companies that actively mislead the public are not only unethical, they run the risk of being seen to be contaminated by their behaviour.

“The NUJ offers valuable support and protection to PR and communications workers who are prepared to stand up to pressure to behave unprofessionally and unethically.”

Bell Pottinger chief executive James Henderson resigned over the weekend as a result of the ruling, and its founder Lord Bell, who resigned earlier over the incident,  has said the firm will “almost certainly” fail to recover.