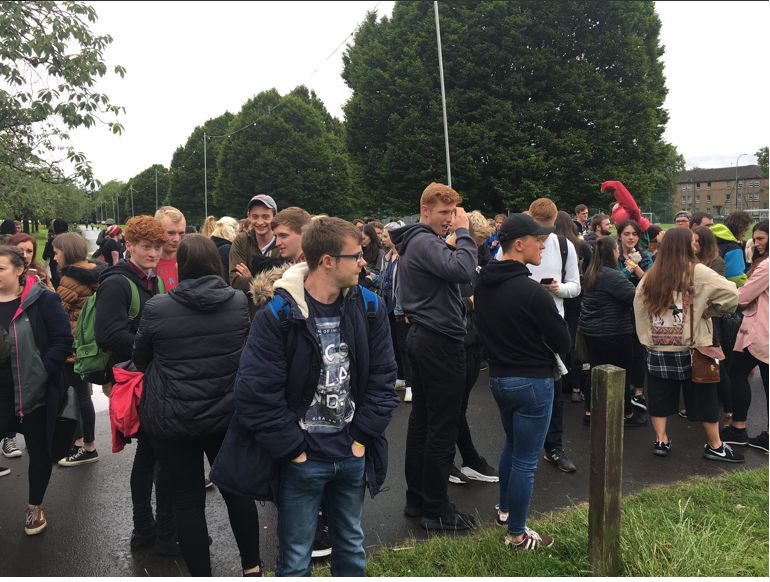 PRESSURE is growing on organisers of a Glasgow gig, cancelled yesterday (4 June) with short notice, to pay agency sub contracted young staff turned away without pay.

Staff members sent home without wages allege that up to 200 bar and other staff were dismissed after about two hours work by staff provider OnPoint. Staff were initially offered travel payment only.

The company and the promotion firm in charge of the event, PCL Presents, are coming under inceasing pressure from campaigners and the local MP to provide the pay expected by staff.

PCL say the Green Day gig was abandoned due to “adverse weather” a claim rejected by some infuriated gig-goers, as the day’s light rain was typical for a Scottish summer. The company has also cited concerns over stage safety.

The Better than Zero campaign group warned that events like these and the fall out for working people represented “the problem with zero hour contracts” which leave staff without protection. The group, which organises workers in Scotland’s booming service industry, is seeking a meeting with PCL.

Glasgow South West MP Chris Stephens sent a four part letter to PCL requesting information on why the gig had been cancelled and raising concerns over the lack of pay for staff members and lack of consideration for their travel arrangements.

Many of the staff were very young, and travelled from outside Glasgow to work the long shift at the gig.

He said: “I am disturbed by a number of reports and videos stating that staff due to work at the concert today will not be paid save some travel expenses.

“Can PCL assure me that all staff will be paid the full amount they would have expected to recieve as salary had the concert gone ahead, and can PCL advise myself and these staff when these payments will be made?”

A statement by PCL seemed to allude to the payment controversey, but only said they would investigate the issue.

It read: “We have been informed that a statement has been made by a sub contracted bar company, that statement was made without speaking to us and without knowledge, we are in the process of investigating this fully.”

PCL promised to refund tickets from point of purchase within 10 working days, but that decision has left fans demanding travel refunds as well.
CommonSpace contacted OnPoint regarding the allegations by staff, but they have not responded.