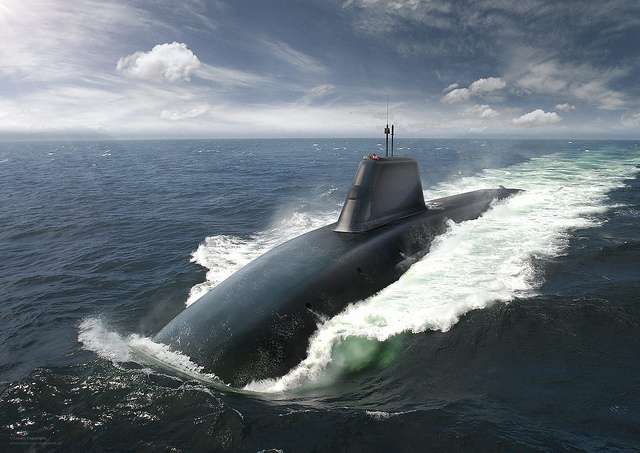 GLASGOW CITY council will today (17 May) face pressure from Green councillors on its hosting of a major arms fair in the city.

The conference, set to take place from 26-28 June at the Scottish Event Campus (SEC), was arranged by Glasgow Life, a charitable body which delivers services on behalf of Glasgow City Council, in a bid to generate income for the city.

The fair has been condemned by peace campaigners across Scotland for its promotion of the arms trade and links to Trident, as the event’s lead sponsors, BAE Systems and Babcock International, are responsible for the development of the UK’s Trident renewal.

Following Israeli troops’ attack on Palestinian protesters, which has killed over 100 and injured over 3500 since the demonstrations began on 30 March, opponents of the conference have raised concerns over the event’s links to Israel.

An Israeli company, DSIT Solutions, will be present at the fair, while Israel Defense will be an official media partner for the event, and exhibitors Northrop Grumman, Lockheed Martin and BAE Systems all sell arms to Israel.

Green councillor Jon Molyneux, who has lodged a motion on the issue to be discussed at a full council meeting on Thursday, told CommonSpace: “Greens believe it’s unacceptable for Glasgow City Council, which is committed to a nuclear-free future, to support the Undersea Defence Technology event, given the links of its main sponsors to Trident renewal, as well as selling arms to Saudi Arabia and Israel.

“With public opposition to this event growing by the day, the council’s SNP leadership need to respond. We’ll be pushing them for action at the council meeting this week.”

A coalition campaign, Sink the Glasgow Arms Fair, has been set up by a number of organisations concerned about the event, including Scottish Campaign against Nuclear Disarmament (CND), SNP CND, Glasgow and Edinburgh Campaign Against the Arms Trade (CAAT), and Food Not Bombs.

A group of campaigners will attend the meeting at the council in support of the Green motion. A spokesperson for CAAT Edinburgh told CommonSpace that Glasgow City Council must take responsibility for its role in the event.

“[Council leader] Susan Aitken is on the board of the SEC, so she’s clearly known about this for a while and hasn’t raised any objections. They actively bid for it – Glasgow Life has a subsidiary body called the Glasgow Conventions Bureau which actively bid for it, so this didn’t just float by,” he said.

The spokesperson said the event could be seen as “propaganda” for the arms industry as it sends the message that this is “an event worth supporting in our city”. On the contrary, he said: “These are the people selling arms to human rights abusers.”

“There are companies representing the state of Israel, but the other companies come from other countries with their own human rights issues, so Israel is just one of the many facets,” he added.

“The Israeli company, DSIT Solutions, is interesting though because they supply perimeter monitor solutions [Perimeter Intrusion Detection (PID)], so you wonder if this is in place in Gaza.”

While campaigners are not hopeful of this conference being cancelled, the spokesperson said they wanted to see the council make a commitment to adopt an ethical policy not to hold arms fairs going forward. “The council should certainly not support things like this in future,” he said.

As opposed to investing in an industry linked to violent conflicts, the council should invest in “renewable, sustainable technology”.

“You can generate the same benefits to the local economy from a renewable conference or even a festival of weddings,” the CAAT spokesperson added.

With this in mind, CAAT is running a campaign called Arms to Renewables, which seeks to encourage engineers to switch from arms dealers to renewables and avoid human rights concerns.

Glasgow City Council has stated that operational decisions regarding the organisation of such events are taken by officials, rather than by elected members or committees.

Asked for her view on the upcoming Glasgow arms fair in light of the recent escalation of violence in Gaza and the sale of arms to Israel which the event might be seen to promote, Council leader Susan Aitken did not respond directly, but stated: “The loss of so many Palestinian lives, of children, of the elderly, of innocent civilians, shocks and appalls me to the core. Whatever has triggered this outbreak in Gaza, the response from the Israeli state is completely disproportionate.”

No new comment was made on the arms fair, but Glasgow City Council’s statement on the issue was reiterated by a spokesperson: “Glasgow’s highly successful convention bureau works with venues and event organisers to bring conferences and exhibitions to the city – generating around £130 million for the local economy each year and supporting thousands of jobs, most notably in the hospitality, retail and transport sectors.

“This particular event was held in Glasgow in 2008 and has visited a number of major European cities since, including London, Liverpool, Hamburg and Oslo.”