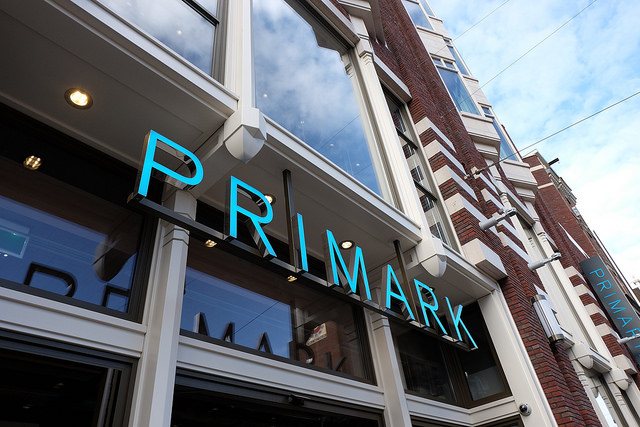 RETAIL GIANT Primark’s Pride range, which will donate 20 per cent of profits to LGBT charity Stonewall UK, has come under fire after it emerged that the products will be manufactured in Turkey, China and Myanmar – all of which have poor LGBT rights records.

Pride organisers across the UK, including the banner organisation the UK Pride Network, have also criticised the lack of proceeds offered to any Pride events from the merchandise, despite its use of the Pride theme and its launch for the Summer when most of the events take place.

A Primark spokesperson revealed the location of the manufacturers of the products earlier this week and said they would be produced “in accordance with internationally recognised standards”.

However, critics are concerned given that same sex activity is illegal in Myanmar and attracts prison sentences ranging from 10 years to life, while in China, regulations prevent the depiction of same-sex relationships on TV, references to homosexuality online are banned, and advocates have been arrested for holding LGBT events.

In Turkey, LGBT people’s rights are also limited, with no protection against discrimination and increased attempts to walk back existing rights in recent years. At Istanbul Pride in 2015, which was organised despite an official ban put in place hours before the event, police fired rubber bullets at the marchers, and in 2017, all LGBT related events were banned in the Turkish capital, Ankara.

“An organisation of their size and scope should have spotted the huge issues with how these products are produced.” Steve Taylor, UK Pride Network

Steve Taylor, co-founder of the UK Pride Network told CommonSpace that Stonewall “need to answer questions about how they could have had such little regard for the human rights of people in Turkey, Myanmar and China”.

“An organisation of their size and scope should have spotted the huge issues people are having with how these products are produced.

“I’ve no problem with big business being involved in Pride; quite frankly, without the income and sponsorship these companies give, there wouldn’t be any Prides. But you can’t celebrate LGBT equality in the UK while oppressing LGBT people elsewhere – that’s just hypocrisy. The ethics have to be clean,” he said.

Taylor said he also felt that Pride events should benefit directly from Pride merchandise, and that donating to one LGBT charity, Stonewall, did not meet this expectation.

“The Pride movement in the UK is growing (there were 70 Prides in 2015, this year there will be 142), but the movement is not Stonewall. They need to stop trying to speak for and act for Prides, who have their own national body that actually supports them.”

Jamie Love, marketing and PR director for Edinburgh Pride, based in the only city in Scotland where Primark has stated it will be selling the merchandise, told CommonSpace that while it was “great that Primark is addressing diversity”, its approach had been “a disappointment”.

“Primark are profiting from the hard work of volunteers who put together Pride events in the UK,” he said.

“It’s great that parts of the proceeds are being donated to Stonewall. However, Stonewall doesn’t organise nor fund pride so it doesn’t really make sense that out of the three entities in question the two profiting aren’t the ones funding the event.

“[If] Primark is using the Pride brand in their collection it would make sense to partner with said brand to really promote their support for the LGBT community.”

Love also raised concerns that the merchandise was being produced in “Turkey, a country with shocking LGBTQI equality and other countries that criminalise homosexuality”.

If Primark were to partner with Pride organisations, Love said that Pride Edinburgh would “look to address the locations where this merchandise is being made, ensuring we were supporting pro-LGBT countries”.

Stewart Wakelam-Munro Chair of the STUC LGBT+ Workers’ Committee said the news highlighted their “concerns around the continued commercialisation of pride”.

“While it might seem positive to offer money to an LGBT+ charity from pride merchandise, an opportunity was missed to encourage better outcomes for workers in Primark’s supply chains,” Wakelam-Munro told CommonSpace. “More could have been done to promote LGBT+ rights for workers producing these goods, and their situation should not be forgotten in the rush to celebrate advances in our own country.

“The STUC LGBT+ Workers’ Committee believes that pride should continue to be a chance to campaign and promote meaningful equality at home and abroad, something that is increasingly being lost.”

In response to the criticisms, Stonewall UK has published a statement explaining that the organisation is “extremely proud” of the partnership with Primark, while acknowledging that “this doesn’t take away the need for more funding for Prides and other community-based LGBT organisations”.

Addressing the human rights concerns, the organisation said that Primark is part of its Global Diversity Champions programme which seeks to give organisations “the tools to create workplaces that, despite the legislative landscape, are inclusive and supportive of LGBT people and LGBT equality”.

CommonSpace understands that the Stonewall UK director is seeking to meet with the chair of UK Pride Network to discuss the issue.

Last year, Primark faced criticism for producing a Pride range and failing to donate any proceeds to LGBT charities.