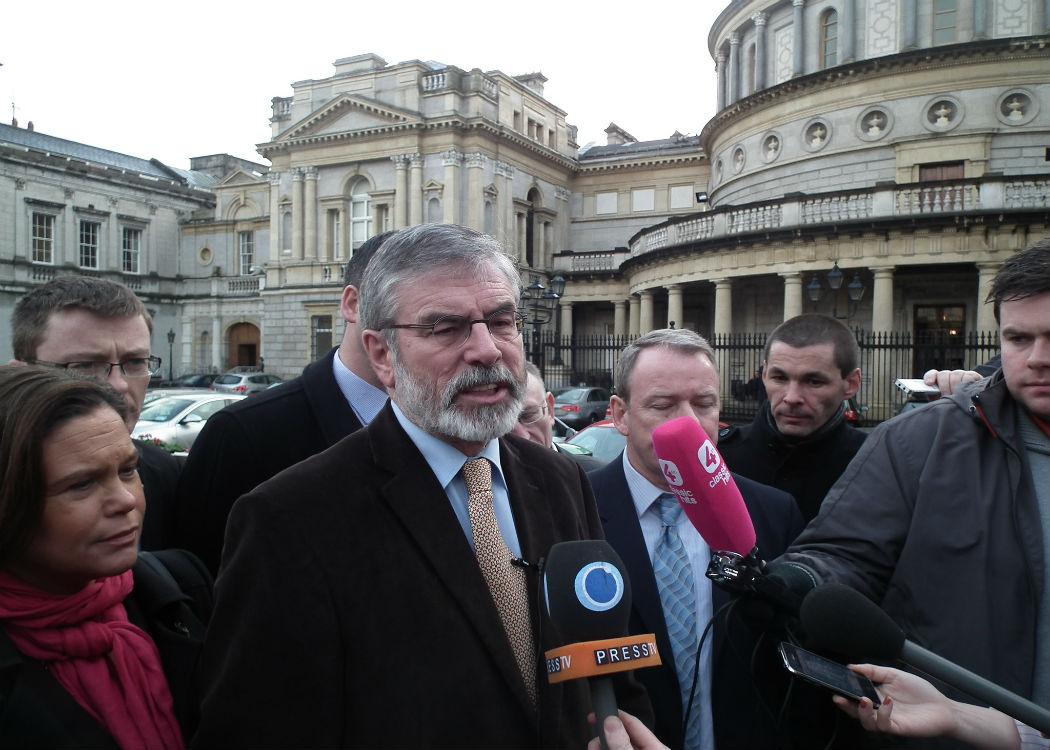 Protests against Charles’ visit are set to take place

PRINCE CHARLES is set to shake hands with Sinn Fein President Gerry Adams in a royal tour to Ireland, which will include visiting the place where his great uncle Lord Mountbatten was killed by the IRA, a move which was defended by Adams at the time.

The handshake is likely to create controversy in republican ranks, with protests set to take place during Charles’ visit against the role of the British military during the Troubles.

Adams is one of over 100 guests, including people from all the major Irish political parties, going to the event at the University of Ireland Galway. Martin McGuinness, deputy first minister of Northern Ireland who was chief of staff of the IRA during the Troubles, is also expected to meet Charles during the visit, and has previously met the Queen on two occasions.

The handshake will be the first time Adams has met any member of the royal family, and Declan Kearney, the party’s national chairman, said it was agreed “to promote the process of resolving past injustices and promoting reconciliation and healing.”

A protest is set to take place on Tuesday against the visit over the Ballymurphy Massacre in 1971, when the Parachute Regiment of the British army, of which Charles is colonel-in-chief, killed eleven civilians in West Belfast. The massacre is sometimes referred to as the ‘Belfast Bloody Sunday’, in reference to the shooting of 26 unarmed civilians, of which 14 died, by the same regiment in Derry a few months later, popularly known as ‘Bloody Sunday’.

Another protest is set to take place in Galway city centre on Tuesday morning.

Charles’ visit to Mullaghmore, County Sligo, where Lord Mountbatten was killed by the IRA in August 1979 during the Troubles, is highly personal, given Mountbatten was considered to be like a father figure to Charles.

Mountbatten remains the longest serving head of the British armed forces to date, and was the last viceroy of India before decolonisation.

At the time of his death, Adams, at that time Sinn Fein vice-president, said: “What the IRA did to him is what Mountbatten had been doing all his life to other people; and with his war record I don’t think he could have objected to dying in what was clearly a war situation. He knew the danger involved in coming to this country. In my opinion, the IRA achieved its objective: people started paying attention to what was happening in Ireland.”

The Troubles were brought to an uneasy end by a peace process which led to the Good Friday Agreement in 1998 which saw the IRA decommission its weapons and, subsequently, the British Army withdraw from the streets of Northern Ireland.