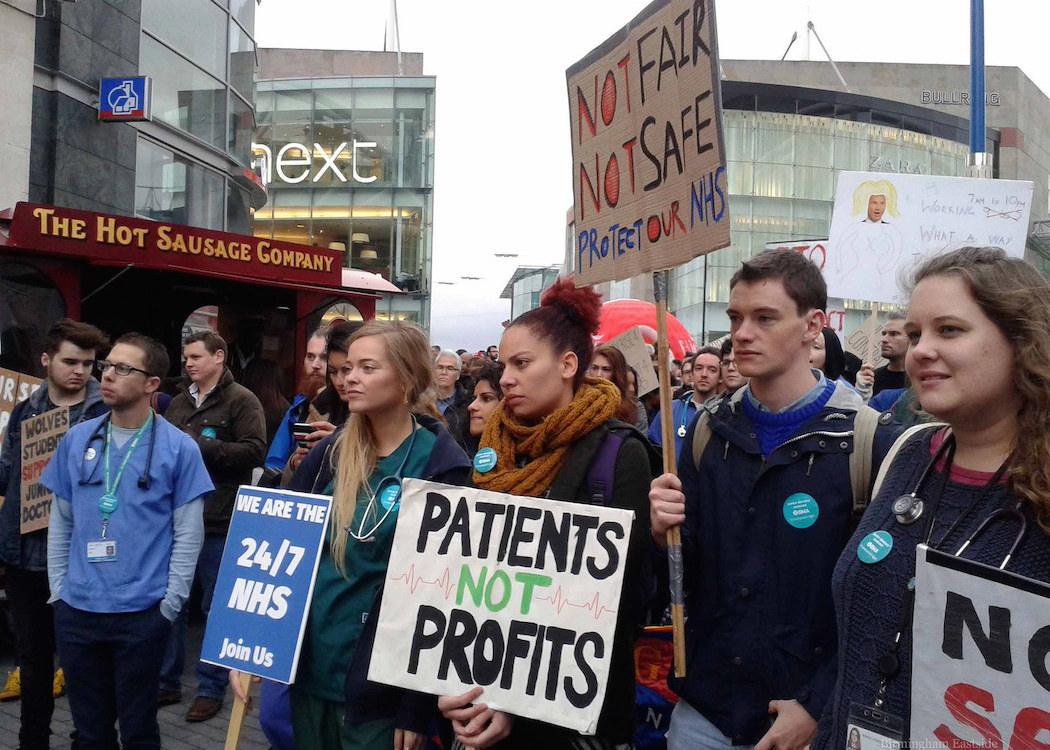 THE LARGEST PRIVATISATION in the history of the NHS is set to intensify over the next year, with trade unions warning that the growth of private health firms will increase costs and reduce standards.

Figures from the NHS Support Federation have identified PS5.5bn of private NHS contracts since April 2013, with a further PS5bn of contracts up for private sector bids in the near future.

“The billions spent creating the internal market, in which private firms are thriving, could have gone on patient care” Statement from health professionals

The stats vindicate the fears of health professionals and campaigners that the Tory’s Health and Social Care Act 2012 was a back-door to stripping the NHS of its public responsibilities in a gradual slide towards a US system.

In a public letter, nine NHS staff leaders wrote : “There is a real danger that if we continue down this road we could end up with a repeat of the American experience where income, rather than need, dictates the level of care a patient can expect.”

The letter identifies PS6.6bn of subsidy from the NHS to private firms in 2013-14 alone.

Ongoing tendering of NHS contracts open to private bidders include: a PS400-PS600m contract for services in London hospitals , PS35-45m contract for “urgent care services” in Thames Valley, and an up to PS19m contract for diabetic eye screening in Yorkshire and the Humber.

In 2015 70 MPs, including senior Tory ministers, were revealed to have financial links to private health companies . Contracts worth over PS1.5bn were given to companies with Tory financial links.

According to health professionals, competitive contracting is damaging the NHS in England: “The billions spent creating the internal market, in which private firms are thriving, could have gone on patient care…every time a contract collapses, it’s taxpayers who have to step in and pick up the tab.”

NHS junior doctors in England continue to fight an entrenched dispute over conditions, which has led to popular strike actions. Health minister Jeremy Hunt plans to impose the new conditions and has faced calls for his resignation.