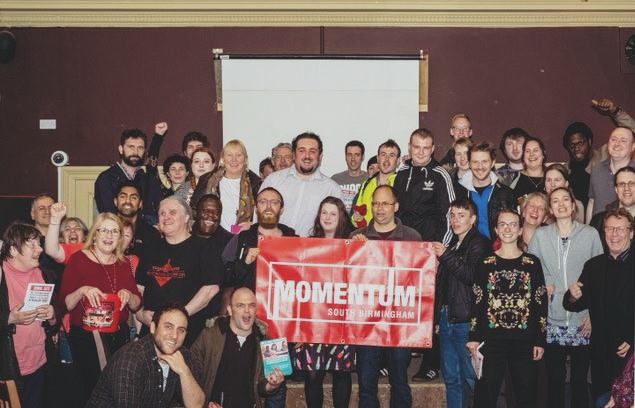 THE LEFTWING ACTIVIST NETWORK Momentum has pledged to expand its work to finish off the job of removing the Tories from office.

Given the fragile coalition between the Tories and the DUP, there remains speculation that a further election could take place in 2017 or 2018 – if the government failed to pass a key bill.

“The Tories are in chaos. There could be an election at any moment. We need to be ready. And that’s why we’re launching our general election campaign now,” the organisation said in a message to supporters. Momentum has said it will continue to campaign in ‘marginal constituencies’, train canvassers and community organisers, and create “a large network of volunteer filmmakers” to improve its online media presence.

The impact of Corbyn’s socialist leadership – underestimated by commentators, opponents, and even by many within his own party – was enough to knock-out the Tory majority and receive over 13 million votes.

Emma Rees, Momentum National Organiser, said: “Momentum is an organisation with ambition. During the last election we operated on a limited budget, punched well above our weight and helped swing key seats for Labour. With Theresa May leading an unstable, minority Conservative government propped up by the anti-abortion, anti-gay rights, climate change denying DUP, another election could come at any moment.

“This is why we’re launching our campaign now. We must stay on the front foot, and prepare for a possible snap election. The Conservatives will learn from their disastrous campaign, and won’t make the same mistakes twice. In response, Momentum will ramp up its operation and help build a network of first time canvassers and door knockers the likes of which Britain has never seen before.”