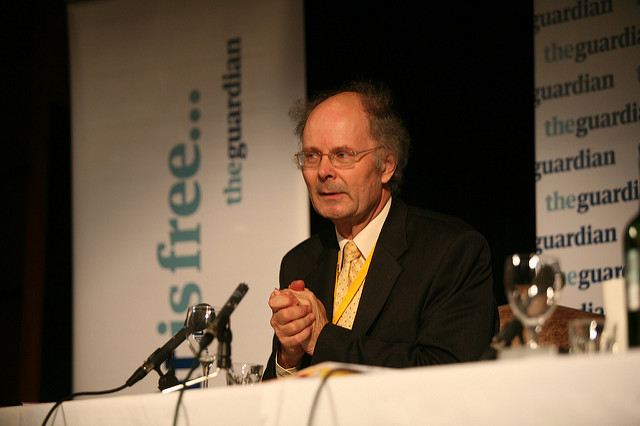 Shaky Tory Government and Scottish gains could help Labour – but then what?

PROFESSOR JOHN CURTICE, a leading expert in voting behaviour, has said that a Tory collapse during Brexit negotiations is Labour’s best shot at government, but that its own uncertainties around Brexit and Scotland leave the party vulnerable.

Speaking to CommonSpace, Curtice, of Strathclyde University, offered his perspective on Scottish Labour’s announcement that “Scotland holds the keys to delivering a Labour government”.

Curtice acknowledged the importance of Scottish electoral gains to Labour: “It’s going to be extremely difficult for Labour to win an overall majority without making progress in Scotland. That will be even more true if boundaries are reviewed.”

He added that Labour could make gains in a number of marginal Scottish seats.

“It’s going to be extremely difficult for Labour to win an overall majority without making progress in Scotland.” Professor John Curtice

Labour unexpectedly increased its number of MPs in Scotland at the snap General Election in June, from one to seven, and many attribute the bounce to ‘the Corbyn effect’. The SNP, however, retained the highest number of seats (35) in the Scottish block of the UK Parliament, and the party remains in government in the Scottish Parliament.

A more substantial Labour resurgence could create a problem electorally for the SNP, and for the wider independence movement as a whole, as Labour remains a unionist party in Scotland and in the UK.

Ahead of Jeremy Corbyn’s Scottish campaign tour, Labour has announced its target to increase its number of MPs in Scotland from seven to 25 at the next general election, targeting marginal seats in Glasgow, North and South Lanarkshire, Inverclyde and Fife. Of the 64 additional seats needed to achieve a majority, the party has said that 18 target seats are in Scotland.

But Curtice suggested that even with Scottish gains, winning a majority will be “quite a challenge for labour”, with considerable progress required in England at the same time. More achievable, Curtice said, would be for Labour to become the largest party and form a minority government.

He added that Labour may end up in a position where it must rely on the support of the SNP to achieve a majority, and that “a second independence referendum could be the price of that support”. Curtice was quick to add that “this is speculation, a long way down the track”.

READ MORE: John Curtice’s four possible scenarios for why the SNP lost out in #GE2017

He also noted that the single biggest issue which might allow Labour to take over from the Tories would be Brexit. However, he said that this is “not because there has been a change in public opinion, which is still very divided”, but because of the of the ensuing uncertainty and internal divisions within the Conservative Party.

That said, Curtice acknowledged that the Labour party has its own “pitfalls around Brexit”, which are not as apparent at present because it is in opposition. The two key contentious issues for any future Labour government, he suggested, would be “how to handle Brexit with a leader at odds with the party”, and “how to handle working with the Scottish Government”.

For now, Curtice said the Tories still have a good chance of winning the next election, as long as they can negotiate a Brexit deal successfully and select a “charismatic leader”. However, “if the Conservative government collapses during Brexit negotiations or if they lose a vote of confidence in the next couple of years”, Curtice said, this could pave the way for a Labour government.

The question to consider from there, Curtice suggested, is how long a minority Labour government during Brexit could survive.

Labour unexpectedly increased its number of MPs in Scotland at the snap General Election in June, from one to seven, and many attribute the bounce to ‘the Corbyn effect’. The SNP, however, retained the highest number of seats (34) in the Scottish block of the UK parliament, and the party remains in government in the Scottish Parliament.