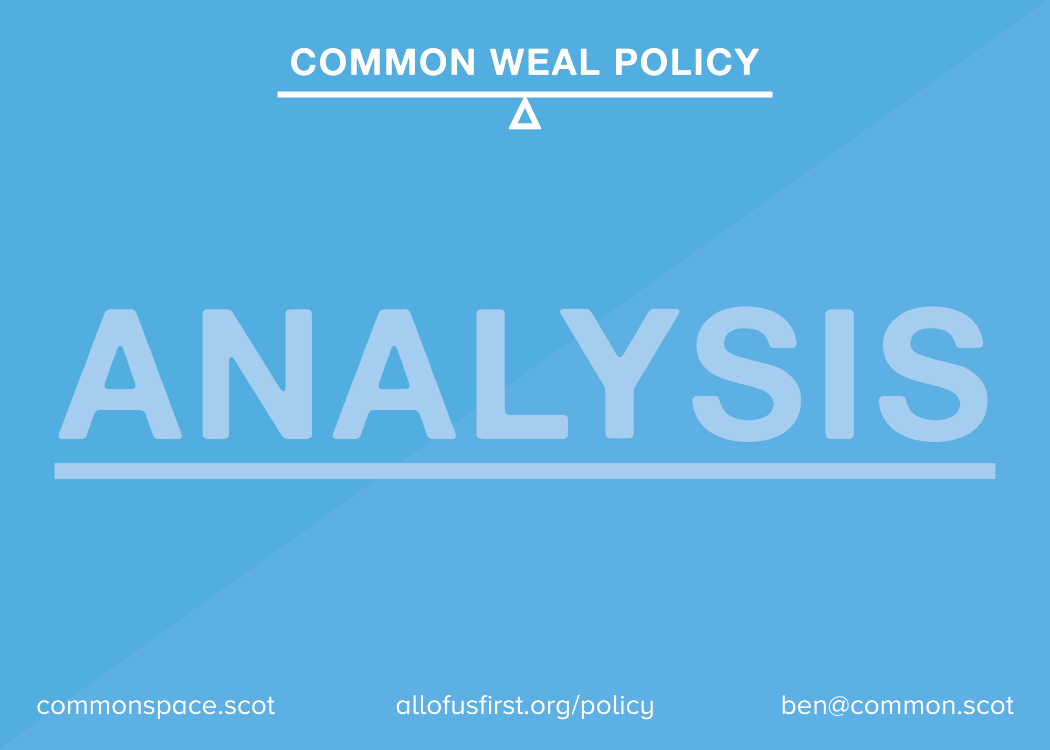 Brian Boyd, emeritus professor of education at the University of Strathclyde, writes for Common Weal on the First Minister Nicola Sturgeon’s new schools policy, including the re-introduction of standardised testing

MANY of us who voted Yes in the independence referendum did so because we wanted to help create a fairer, more equal, society. Personally, I was convinced that education, and, particularly, schooling, should be at the heart of such an endeavour and wrote a paper for the Common Weal movement to that effect. So, I was delighted when the First Minister announced that closing the gap in educational achievement was to be central to her government’s plan. But, the Programme for Government document is at best a disappointment and at worst a retrograde step which will simply serve to worsen the problem. Perhaps the First Minister is not being given the best advice, reflecting the views of both teachers and parents?

National, standardised assessment of pupils is a throwback to the Thatcherite policy of the 1990s, introduced by Michael Forsyth in Scotland. It was wrong then and it is still wrong now. Standardised tests have a role to play in diagnosing the problems that individual children may have with their learning. They should never be used nationally, with all children. But, more importantly, if they are used nationally, the law of unintended consequences will ensure that they will be used to grade children, to measure schools one against another and to create league tables as happens already with national assessments in upper secondary.

“[Standardised testing] will be used to grade children, to measure schools one against another and to create league tables as happens already with national assessments in upper secondary.”

On a more human level, are we really saying that in P1, children aged as young as four and a half, having spent two years in a creative, nurturing, collaborative environment, are going to be sat in rows and given a standardised test, under exam conditions?

What message does that send out to the children…that only information gathered by tests is important; that their teacher or nusery nurse’s judgement of them as learners is secondary?

Let’s be clear about this. Teachers, academics and policy-makers already know the symptoms and causes of educational underachievement. Poverty, economic and social disadvantage and lack of support for families are the root causes. How will national standardised tests help? We need to learn lessons from the outstanding practice in many of our schools and pre-5 establishments, from other countries and from research evidence.

First, I suggest that we gather together some of our outstanding headteachers of schools in areas of disadvantage and look at how they nurture and challenge all children, how they work with parents and carers and how they think we could improve things. Incentivise our best teachers to work in these schools and resist any suggestion that we should label children. As Lev Vygotsky wrote, “if a child appears unable to learn something, do not assume the child is unintelligent; rather, assume the child’s intelligence is lying dormant.”

“After [Finland’s] own recession in the 1970s, it invested in comprehensive schools – no selection, no private schools – and embraced the comprehensive ideal of high expectations for all children.”

Second, let’s look at the Nordic countries. Finland is a good starting point. After it’s own recession in the 1970s, it invested in comprehensive schools – no selection, no private schools – and embraced the comprehensive ideal of high expectations for all children. It also re-calibrated it’s economy; high wage, high benefits so that the gap between advantaged and disadvantaged narrowed. Testing was kept to a minimum and teachers were trusted.

Finally, national standardised tests are incompatible with Curriculum for Excellence. What standardised test is going to measure if our children are successful learners, confident individuals, effective contributors and responsible citizens? Curriculum for Excellence was designed to give teachers space to promote deep learning, to offer children challenge and enjoyment, and to put thinking skills and problem-solving on a par with the basics. We know that tests are, at best, a poor judge of ability to learn and so putting them at the forefront of raising achievement is unlikely to be successful.

So First Minister, I totally agree with your aim, but think you are going the wrong way about achieving it. Testing is only one tool and not a very good one at that. I hope it’s not too late to change your mind. There are so many teachers and parents out there who share your vision but who rejected national standardised testing as the means to the end.