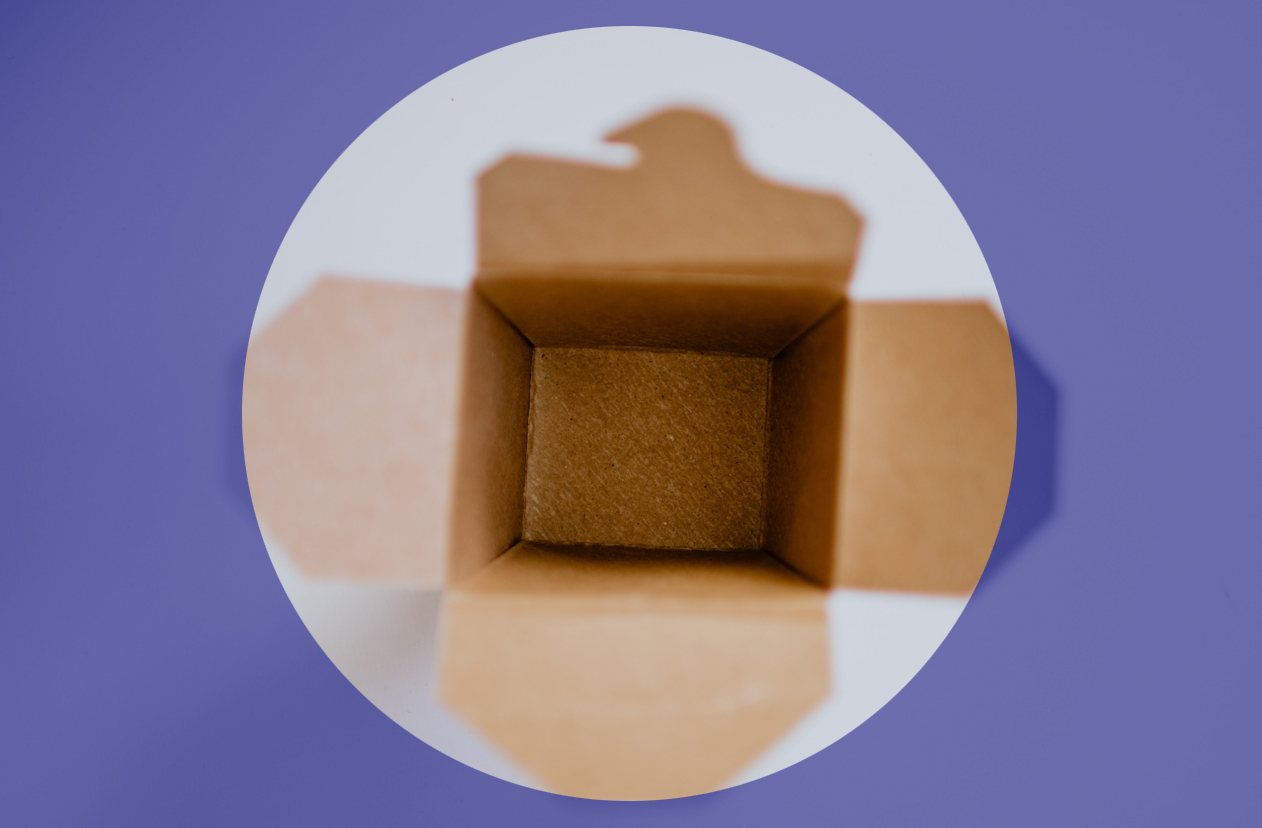 “Generally, if you wish to be progressive, then you don’t give all your tight public finances to corporations. The words ‘public’ and ‘ownership’ do not appear in the same sentence in this report. There is little which will be substantially different from what I expect from the UK Government in the same poicy fields – and that is a worry.”

COMMON WEAL Head of Policy Craig Dalzell will do a fuller analysis of today’s Programme for Government for tomorrow morning. For now, this is an initial reaction.

Let’s begin with some generalities. The first thing to note is how little of this is new. The vast bulk of the content (other than the Covid management elements) was already trailed in the response to the Advisory Group on Economic Recovery report – and that was not received well by many economists.

Quite a lot of that was mainly about completing the Programme for Government from previous years, as evidenced by the large proportion of actions which were predicated on ‘completing’, ‘delivering’ and ‘accelerating’.

This highlights another problem – the Programme for Government is presented as an annual statement of the work to be pursued in the coming 12 months. And yet a substantial proportion of this is action for the next term of the parliament, and lots more is uncompleted actions from previous years.

Of what remains, there is another dominant theme (in fact, it this covers almost all of the rest of the economic content) – biddable funds. I think I counted 15 new or slightly expanded grant funds or other allocations of ring-fenced money. There is a remarkable degree of confidence in the ability of major social and economic problems to be addressed through discretionary funds administered by civil servants.

So what is actually here? On the economic and unemployment crisis ahead, there are 10,000 people who are going to get training, 10,000 young people going to get some kind of ‘guarantee’ (job or training) and a £100 million fund for ‘green jobs’. A new strategy on ‘inward investment’ and some subsidy for a number of private industry sectors (housing developers, oil companies and private landowners).

But that’s about it for the economy (unless you dwell on an acceleration of a digital fund here and the restatement of a couple of old policies there). If there is anything of substance on the entertainment, hospitality and tourism industries I missed it. The arts gets one mention (other than in the section on Gaelic). That is quite hard to get your head round.

There is a section on Covid, and if the economy part is weak, the Covid part contains some elements about which at least a little alarm is merited. It appears the Covid elimination strategy has been dropped – it is now only ‘preferable’ that we eliminate Covid. But elimination and accommodation are completely different policies – you can’t do one and hope that you might get the outcome from the other.

Yes, everyone is making Covid policy up as they go along, because it’s in the nature of this crisis. But this once again suggests that government rhetoric is running very far ahead of its strategy, and that is alarming.

But my main unease is about the new initiatives. Already pharmacists are complaining that more and more of the NHS’s work has been pushed onto them as medical services have been restricted in the crisis. There is content here that suggests this might become a long0term strategy. Likewise, it looks like ‘digital first NHS’ may be seen as an attractive option for policymakers if they can make it stick.

What is worrying is that these, on the face of it, don’t look like enhancements of the health service in Scotland, but rather a deterioration. These could be effective complementary initiatives, but that would arguably need an awful lot more integrated thinking than is on display here. My fear is that this looks like using the forced roll-back of service provision during Covid as a wedge to downgrade service.

Perhaps worse still, pharmacies are private companies and few are even independent private businesses. How does this avoid becoming direct privatisation of the NHS in Scotland?

Certainly the early trailing of ‘an announcement of a National Care Service’ on lunchtime broadcast is not even nearly justified by anything in this programme. What we are getting is a generalised review of adult care which will look, among other things, at a National Care Service. This isn’t even a commitment to try; this appears to be a means of seeking to attach yourself to a policy that is wildly popular but that you don’t want to implement.

Given how much pressure the Scottish Government is under over its handling of care homes, there is a risk that cynicism may tip over into something else if people feel they are being misled on this. You can announce a National Energy Company and then drop the idea without further mention, but you can’t do that with a care service which looks after our loved ones. This is a dangerous game.

On the environment, I note that the adherence to saying ‘Green Deal’ rather than ‘Green New Deal’ has broken, but unfortunately this does not indicate a change of approach. The only thing we have really learned is that the £2 billion which has been committed (not even close to being enough) is mainly going to go on another loft insulation scheme.

It really is now time for people to start to piece together the timetables – there is no read-across whatsoever between the ‘ambitious targets’ passed last year and the identifiable actions. In certain cases about 90 per cent of what needs to be done is being left to the last 20 per cent of the period up to the targets.

What is even worse is that in other cases progress won’t be that fast. The gap between environmental rhetoric and policy reality is now a chasm.

And then there is independence. There are a number of important points to be made here: this announcement is actually a step backwards – this time last year there were going to be White Papers to explore crucial issues and a new economic case for a post-GERS debate. None of that survives.

What we’re getting is a draft referendum bill. The astute among you will note that a full Referendum Bill was passed by parliament in December last year. This allowed for any referendum other than the need to specify the date and the question. But (assuming a Section 30 Order approach) those need to be negotiated with Westminster before legislation is introduced.

What we’re getting is a bill which is legislating for something that is effectively imaginary – or more accurately, it’s a draft bill which won’t even be passed by the time this parliamentary term comes to an end. There is no obvious purpose for this initiative in legal or legislative terms.

There is also a technical problem to be resolved. In what appears a concerning oversight, the Scottish Elections (Franchise and Representation) Bill was passed in February this year but sets a different franchise than the referendum bill passed in December. That is hard to explain and needs resolved.

Assuming that this isn’t really about fixing the franchise cock-up, it is hard not to believe that this is solely a presentational initiative for the management of party sentiment which has no real legal or political meaning. There is only so much of this the party can take without repercussions.

So what does this all amount to? Most worrying for independence supporters is the sense that, if this government has any new ideas left, it has failed to put any of them forward at this crucial juncture. That this was trailed as ‘radical’ is beyond a stretch. I fear that, metaphorically, this is what ‘running out of petrol on the fast lane of the M8 at rush hour’ looks like – and there is an election ahead.

The most optimistic party loyalist will find it hard to make the case that this programme is ‘of the scale this crisis requires’. To suggest that there is a link between another £100 million fund to be doled out by Scottish Enterprise and ‘a green jobs revolution’ is another very, very big stretch.

Repeatedly there are numbers in this that might look big to a member of the public but are insignificant in reality – £500 million for transport doesn’t go very far at all, and £60 million for to ‘support decarbonisation of the industrial and manufacturing sector’ is hardly a serious number.

However, what many will find most objectionable about this whole programme is the simple question of cui bono? – who does it benefit? Here the membership of the SNP have to face some hard truths – almost everything will end up in the pockets of the clients of lobbyists.

A £10 million fund to prevent tenant evictions is not progressive but the opposite. Rent controls are progressive, allowing the market to ‘correct’ is honest (though painful) – a tenant hardship fund is money flowing straight from taxpayers to landlords. It is exactly what the landlords’ lobbyists asked for.

The oil industry has profited from Scotland to the tune of many trillions of pounds – a £62 million fund for transition may be a small gift by comparison, but is a gift nonetheless. The £150 million for forestry is not matched by land reform so will go to Scotland’s landowners.

The ‘affordable houses’ aren’t public rental houses, but those built by big property developers. The ‘decarbonisation’ is almost all going through public agencies which have built empires when they are little more than bridges to big private providers. The ‘great insulation scandal’ (vast sums spent with no quality control and little evidence of proper benefit) continues to accelerate.

Generally, if you wish to be progressive, then you don’t give all your tight public finances to corporations. The words ‘public’ and ‘ownership’ do not appear in the same sentence in this report. There is little which will be substantially different from what I expect from the UK Government in the same policy fields – and that is a worry.

In the end, the goal of this publication is probably best understood from the perspective of its introduction. This is a full 3,547 words long and constitutes not an introduction, but an essay. Florid rhetoric without a lot of substance has, in some ways, worked well for the first minister.

But that is in the context of a speech or a media briefing, where she can control the timing. This seems to take the same approach – hope that by the time the introduction is over, you have absorbed the values being projected and won’t notice the thinness of what follows.

Unfortunately, with a core government document such as this one, you can’t control the timing. People can just skip to the Executive Summary (as I did). If you start there, you may well conclude that what follows is in no way fit for purpose given the economic crisis ahead.