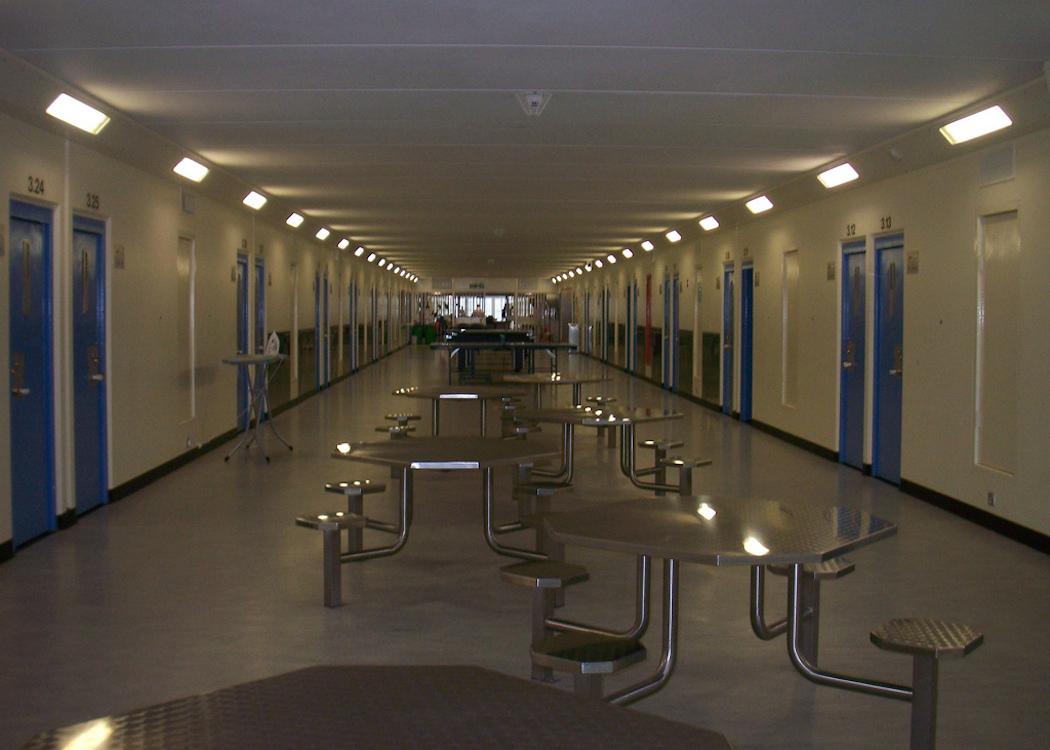 WOMEN DETAINEES in the outdated Cornton Vale prison will be moved to Polmont young offenders institution ahead of the demolishing of the old women’s prison.

Over half of those imprisoned in Cornton Vale, which developed an infamous reputation for failing to provide support to inmates, will be moved to Polmont as a restructuring process begins into the imprisonment of women in Scotland.

The move represents progress in finding the necessary space for current inmates, while a new smaller prison is constructed from mid-2018 and regional rehabilitation centres are set up elsewhere in Scotland.

“Cornton Vale has been a serious concern for our service and for the justice system for far too long and it’s truly rewarding that with the government’s support and leadership we are now on the journey to seeing the back of it.” Colin McConnell, Chief Executive of the Scottish Prison Service

Justice secretary Michael Matheson said: “This move is another positive step towards our ambitious new approach to transform the way we deal with women in custody. We must be smarter in our approaches so that we can help break the cycle of reoffending.

“Moving a large number of female prisoners from Cornton Vale to newer, improved facilities at Polmont will allow us to decommission parts of the prison and progress with our vision for a smaller, high-quality national prison and five community custody units across the country.

“We are able to include Polmont in our plans thanks to the success we’ve seen in reducing youth offending in Scotland, which is down 70 per cent over the last ten years. We hope to replicate this success amongst women offenders through the smarter approaches we are taking forward.

“By housing these women in smaller, community based units closer to their families, alongside providing additional support to address the underlying issues which fuel their crime such as drugs, alcohol or mental ill-health, we can stop them from committing further crimes in the future.

“It is totally unacceptable that we have the second highest female prison population in Northern Europe. This government continues to prioritise efforts to reduce the number of men and women serving custodial sentences. The actions we are taking are about tackling this problem head on through smarter approaches which can reduce prison numbers in Scotland.”

There are currently 299 women in Scottish prisons, according to the prison service authority.

This represents a significant increase over the past twenty years, similar to the overall prison population which remains around the 8,000 mark.

Original plans to build a new ‘super-prison’ for women in Inverclyde was abandoned after campaigners, including Women for Independence, succeeded in persuading the government to support smaller units with a greater emphasis on rehabilitation.

The Angiolini report, following a commission on women offenders, recommended a move away from large centralised prisons towards local rehabilitation services to provide the social support necessary to move away from criminal behaviour.

Colin McConnell, Chief Executive of the Scottish Prison Service added: “Cornton Vale has been a serious concern for our service and for the justice system for far too long and it’s truly rewarding that with the government’s support and leadership we are now on the journey to seeing the back of it.”

Earlier this week justice experts called for a pro-rehabilitation approach across the prison system.