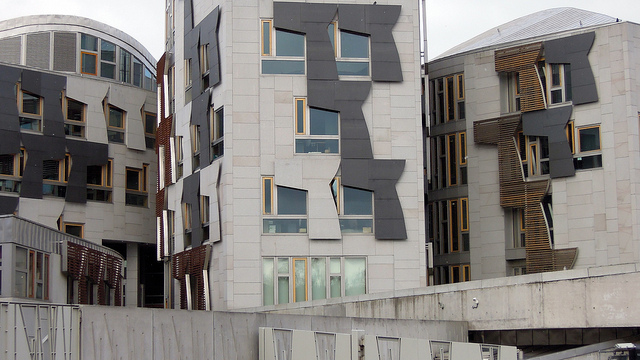 THE FREEDOM OF INFORMATION (SCOTLAND) ACT may not be being adhered to in the spirit in which the act was intended, experts with tell a Scottish Parliament committee examining the effectiveness of the legislation.

Appearing before the public audit and post-legislative scrutiny committee on Thursday, 22 March, a number of campaigners for open government and public transparency will be united in their dissatisfaction with the current state of Freedom of Information (FOI) in Scotland and the possible need for reform.

As part of that scrutiny, Thursday’s public audit committee will feature contributions from Ruchir Shah, policy manager for the Scottish Council for Voluntary Organisations; Robin McAlpine, the Director of the Common Weal think tank; Carole Ewart, the convenor of the Campaign for Freedom of Information Scotland; Tommy Kane of Scottish Labour; and Daren Fitzhenry, the Scottish Information Commissioner (SIC), as well as Sarah Hutchison, SIC Head of Policy and Information, and Margaret Keyes, SIC Head of Enforcement.

“We want Scotland to be a good example of open government, but we need to get the basics right.” SCVO policy manager Ruchir Shah

Speaking to CommonSpace ahead of the committee meeting, Ruchir Shah said of his contribution: “I’m going to focus more on the process behind open government and how Freedom of Information is or isn’t building on that. My point is going to be that we’re part of an Open Government Pioneer Program in Scotland, which the Scottish Government is signed up to; SCVO and many others in the Open Government Network have got quite a lot riding on this.

“If the basics of open government and freedom of information are not working properly, or not being delivered to the spirit in which they were originally intended, then that really undermines the credibility of us being an open government pioneer, and takes away a lot of what we’ve got invested in this. We want Scotland to be a good example of open government, but we need to get the basics right.

“We’ve picked up a lot of concerns and anxiety from the Open Government Network – a lot of concerns about the way in which FOI is not being adhered to in the spirit in which the original legislation is intended, and we’ve listed some of these concerns openly.

“Essentially, if even the basics of FOI – like minuting meetings, for transparency – is not being adhered to, that completely undermines some of the more advanced open government agendas, such as increasing participation and data sharing and so on. This is a basic building block of any country that wants to be involved in the Open Government international program, and if we want to be a pioneer, then we’ve got to get the basics right.”

Carole Ewart told CommonSpace that she was disappointed it had been nine months since the Scottish Parliament unanimously passed a motion on 21 June 2017, yet neither has taken place.

Ewart said: “FoISA was passed in 2002 but its effectiveness has been diminished because it increasingly covers fewer bodies that are delivering public services or services of a public nature e.g. those which are delivered by the Third Sector in health and social care.

“Promises made in 2002, for example that housing associations would be covered, have still not been honoured, with the latest prediction being April 2019.” Campaign for Freedom of Information Scotland convener Carole Ewart

“Promises made in 2002, for example that housing associations would be covered, have still not been honoured, with the latest prediction being April 2019.

“CFoIS welcomes the report of the Scottish Commission for Parliamentary Reform and urges prompt action to require the Parliament to become more open, accessible and accountable in line with its founding principles.

Robin McAlpine, director of the Common Weal think tank, told CommonSpace: “Freedom of Information is not simply a principle or a useful took for researchers and the public, it is a firm commitment from parliament and government to be open and honest and transparent.

“There is just too much tendency to want to restrict and frustrate the operation of Freedom of Information but not enough realisation of what this does to the public’s view of that commitment to honest and transparency.

“Put simply, those in the public eye too often behave as if transparency is a burden on them but at the same time public mistrust is someone else’s fault. I would urge politicians to measure their right to full public trust against their level of commitment to Freedom of Information.”

As part of its investigation into the Scottish Government’s handling of FOI requests, the SIC announced in February of this year that it would investigate the office of Deputy First Minister John Swinney, following claims that Swinney attempted to withhold details of correspondence with Prince Charles regarding the Teach First charity.

The investigation was spurred by correspondence and FOI requests by the the journalist and education policy expert James McEnaney, who told CommonSpace on 21 March: “The SIC [Scottish Information Commissioner] is already investigating the Scottish Government but the terms of that intervention are limited so it’s good to see this action from the committee.

“Changes are needed to make Scotland’s FOI laws fit for purpose – for example, it has become clear that a duty to record information is a necessary next step to protecting the public’s right to know what is going on in government and other public bodies. Hopefully tomorrow’s session will convince the committee to pursue this matter with real urgency.”