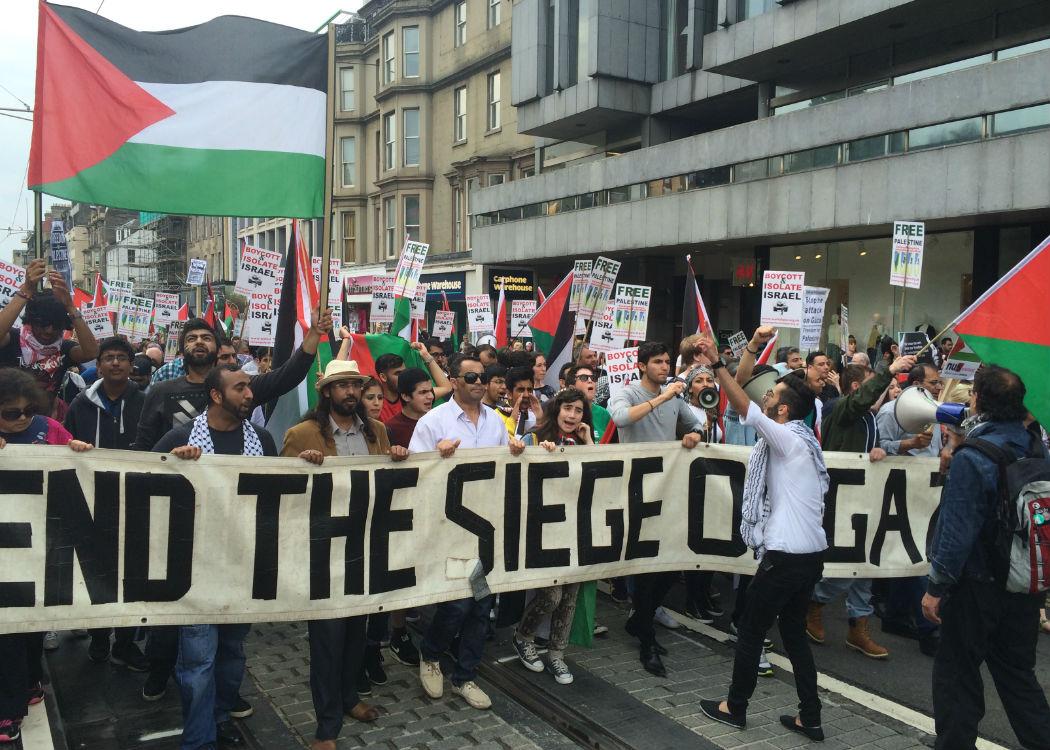 ISRAEL’S ambassador to the UK is set to be met with a throng of pro-Palestine protesters as he visits the University of Glasgow on Monday in a visit clouded in secrecy.

CommonSpace understands that Ambassador Daniel Taub has been invited by the University of Glasgow School of Law as part of attempts to strengthen links with the Israeli Hebrew University of Jerusalem.

It is believed that Taub’s visit will involve the signing of a concorde between the institutions but the exact details of the agreement remain unclear.

The visit is expected to be be met by protests from pro-Palestine groups, including the Glasgow University Palestine society.

At the University of Glasgow in November, talks by Yiftah Curiel, a spokesperson for the Israeli Embassy in London, were disrupted by campaigners.

Dr Issam Hijawi, chair of Association for Palestinian Communities in Scotland said that there is concern that the agreement being signed could help legitimise Israel’s occupation of Palestine.

“We are calling on the University of Glasgow to not use their platform to legitimise the suffering of the Palestinian people,” Hijawi said.

“This agreement will help the Israeli Government to continue its illegal practices of occupation and the legal framework to deny our people rights for freedom and for return.”

Hijawi said that Taub’s visit is part of a propaganda drive by Israel to improve its image in Scotland but insists it is unlikely to succeed.

“With these visits, Israel is trying to work against the public mood but I doubt it will succeed. With the work of human rights campaigners, the truth about Israel’s actions is much more exposed. It will be a hell of a job for Israel to change the public mood in Scotland and all over the world.”

When Professor Adam Tomkins from the University of Glasgow School of Law won the Hebrew University’s Hailsham Scholarship for his work in promoting links between the UK and Israel in 2011, he spoke of his desire to “strengthen ties between Glasgow Law School and legal scholars in Israel”.

Tomkins has also worked with Aharon Barak, the former president of Israel’s Supreme Court, who Israeli human rights group Yesh Gvul described as “the judicial designer, enabler and backer of the regime of human-rights abuses in the Occupied Territories”.

Albie O’Neill secretary of the Scottish Palestine Solidarity Campaign said: “It is ironic that Glasgow University should talk about academic freedom when institutions such as the Hebrew University of Jerusalem practices discrimination on a daily basis by denying Palestinians their human rights and access to education.”

Taub is due to arrive on Campus at around 10am, the same time a protest has been called.

A spokesman for the University of Glasgow said: “We regularly host high profile individuals to our campus and believe that our students should have access to a range of perspectives on important issues. The Israeli Ambassador is a welcome guest, as will be the representative of the Palestinian Mission to the UK who has been invited to the University of Glasgow later this year.”