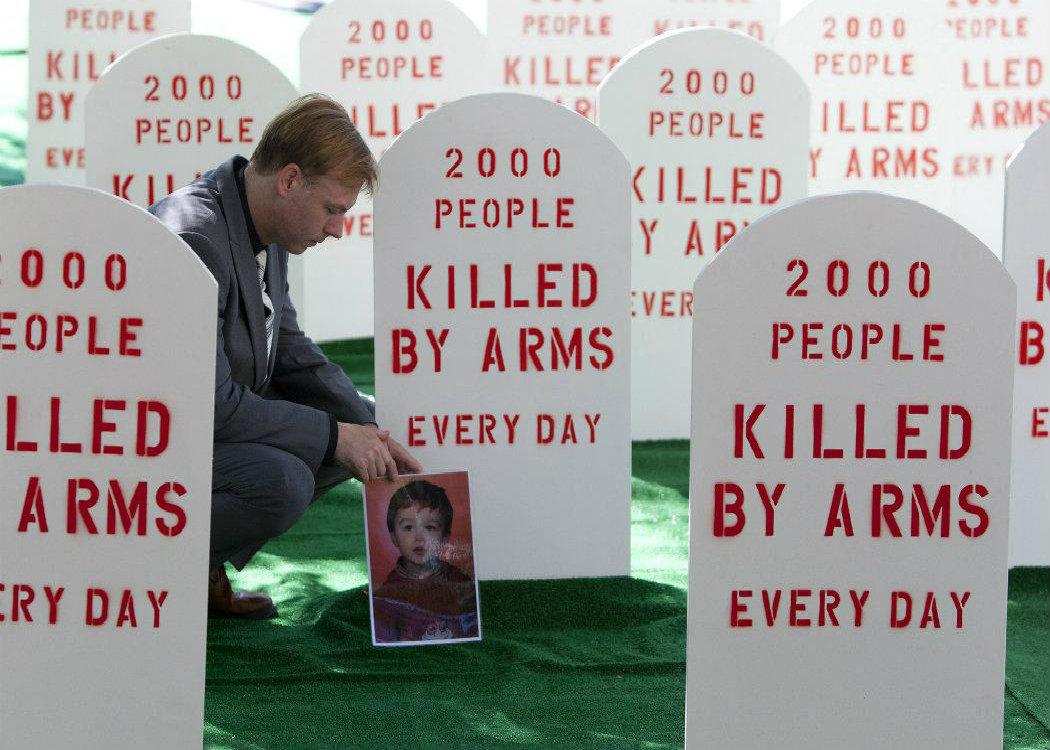 THE HOSTS of arms dealers and repressive governments will face direct action from the Campaign Against the Arms Trade (CAAT) as preparations are made for the Defence and Security Equipment International (DSEI) arms fair in London this week.

The biennial DSEI, supported by big business and the UK Government, has faced criticism for selling torture equipment, arming regimes that kill their own people and for supplying weapons for wars in North Africa and the Middle East.

Organisers Clarion Events say they are “building on the record breaking success of [DSEI 2013 which] saw 32,000 visitors from 121 countries”.

They describe the event as containing “unrivalled business opportunities”, while UK defence minister, Philip Dunne claimed DSEI was a “shining example” of the arms trade.

However, hundreds of protesters will aim to disrupt the set-up for the event this week ahead of the beginning of the fair on 15 September.

Andrew Smith of CAAT, commenting on the protests, said: “The refugee crisis is showing us the human cost of war and conflict. It is shameful that the UK Government is rolling out the red carpet for arms dealers and despots – helping to fuel conflict across the world – at the same time as it is refusing entry to refugees fleeing wars.

The campaign argues that the UK should create an arms embargo on Israel, due to the country’s bombing campaign in Gaza, and reinvest capital from the arms industry into renewable energy production.

UK arms are currently being used in the Saudi Arabian-led bombing of Yemen.

The UK also provided an export license for deadly chemical sales to the Syrian government after the civil war began.