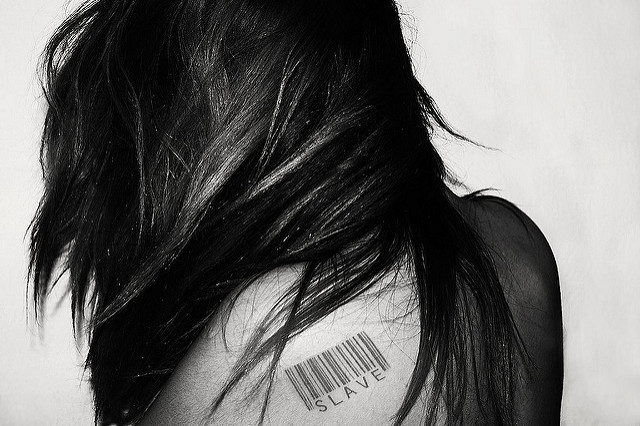 LEGAL EXPERT in human trafficking Kirsty Thomson has said that misconceptions over what trafficking is and who it effects are barriers to addressing it, and consumerist demands for cheap products are contributing to the cycle of exploitation.

October 18 is the UK’s national Anti-Slavery Day, which aims to raise awareness of the need to eradicate all forms of slavery, human trafficking and exploitation. CommonSpace spoke to Kirsty Thomson, partner/director of human rights legal organisation JustRight to learn more about the issue.

Thomson, who has published best practice standards, training and written publications on human trafficking and co-convenes the Scottish Working Group of the Immigration Law Practitioners Association, said that “everybody needs to know” about the signs of human trafficking.

“In people’s heads it’s sexual exploitation and people being locked in, and people think ‘of course this doesn’t happen here’.” Kirsty Thomson, JustRight

“I think there is lack of awareness of what trafficking actually looks like”, Thomson said. “For instance, how many of us walk past someone begging in the street from a specific community and see that as a sign?

“In people’s heads it’s sexual exploitation and people being locked in, and people think ‘of course this doesn’t happen here’.”

In reality, she said, people are trafficked for various economic enterprises, from cannabis cultivation to car washes to construction. Although reports of trafficking are increasing, Thomson said: “The numbers that are identified are the tip of the iceberg.”

The Scottish Government launched a campaign this summer aimed at raising awareness of the issues, in partnership with the Trafficking Awareness Raising Alliance (TARA) and Migrant UK. The campaign highlighted that trafficking has been identified in 27 of Scotland’s 32 local authorities – with 150 potential victims in 2016.

Thomson said “there are many barriers” to trafficking victims coming forward: “One of which is that sometimes people don’t realise what’s happening to them is a crime or a human rights violation.”

In her experience providing legal support to trafficking survivors, Thomson said: “Nobody comes in and says ‘I’m a victim of trafficking’.”

Victims are also subject to intimidation at the hands of traffickers, Thomson explained. “When I first started working with survivors often the control mechanisms were physical,” she said, such as literally being locked in a room.

However, the picture has since changed, she said, and more often “other fears are instilled” which effectively trap people in their circumstances nonetheless.

“British children in England are one of the biggest groups in the UK who are trafficked.” Kirsty Thomson, JustRight

Thomson said: “There are barriers preventing people coming forward, but there are also barriers in the public and within the authorities, where it’s not recognised as trafficking.”

Thomson’s work regularly brings her into contact with asylum seekers and refugees, and she explained that where this is a factor, victims may experience further barriers. In such cases, people are given 45 days during which time they can make a claim to remain in the UK and they may be able to get a shorter residence permit.

Thomson explained that “many people do get to stay” where returning to their country of origin would pose a risk to them.

However, she added: “There is a series of hurdles, and the chances of success are limited to how quickly they access legal advice, that the advice is informed, and that they trust the lawyers and authorities enough to be open about what they’ve experienced.”

Thomson emphasised that trafficking can and does happen to people who originate in the UK as well as to migrants. In fact, she said: “Viewing this as an immigration issue creates barriers to people’s awareness.”

The unifying factor in human trafficking, Thomson explained, is that it’s about “exploitation of people in a vulnerable position”.

She said: “Someone [being trafficked] is usually in a vulnerable position to begin with. For example, they’ve been in situations where they’re in danger, or they’re coming from countries where there is corruption, conflict and a lack of trust in authorities.”

Thomson said that the most vulnerable groups in society such as children and homeless people are at increased risk of being exploited. “British children in England are one of the biggest groups in the UK who are trafficked”, she explained.

“The product carries itself from A to B and can be exploited over and over again.” Kirsty Thomson, JustRight

According to Thomson, awareness within the authorities has improved considerably in the years since she started working in the field: “I think compared to 11 years ago, it’s completely different. There’s an element of coordination and training now.”

However, she said, the problem is that traffickers are quick to change their practices when authorities begin to learn them – it’s worth their while because there’s just “so much money to be made out of it”, she explained.

This, Thomson said, is the crux of the matter: “If you think about what human trafficking is, it’s like a business model.

“The product carries itself from A to B and can be exploited over and over again – the ways in which you can exploit that person are infinite.”

Traffickers continue to do what they do precisely because it’s so lucrative, Thomson said, and it’s “our requirement for cheap X, Y or Z” as consumers, which is creating the conditions in which this exploitation can take place.

This, she said, means “there is a responsibility in all of us as consumers” to stop it by reducing demand.

Asked what could help to improve responses to trafficking, Thomson said: “There are three things: broad public awareness, more detailed training for authorities and emergency services, and what people then do about it – if you think something is not right, report it.”

JustRight Scotland works with survivors of trafficking in its Refugee Women and Refugee Children projects, and the organisation is working to develop a Scottish Anti-Trafficking Legal Project.