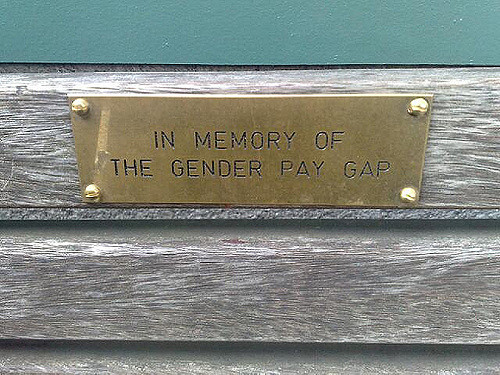 MOST EMPLOYERS will fail to take any action on pay gap figures, employment equality charity Close the Gap has said.

In line with new UK-wide regulations, private and third sector organisations with over 250 employees were required to report on their gender pay gap by 4 April, and the figures reveal that men continue to earn more than women in many sectors.

In male-dominated sectors such as construction and oil and gas, pay gaps of up to 60 per cent remain, while finance sector companies including Royal Bank of Scotland, Clydesdale Bank, Lloyd’s Bank Group, and Standard Life all had pay gaps over 30 per cent.

The reports also revealed that men received bonuses of up to 607 per cent more than women in the energy, finance, manufacturing and construction sectors.

Close the Gap, which works to address the causes of the pay gap, has said it is most concerned by the fact that only 19 per cent of employers have set out actions to address the issue, while just five per cent have set targets to reduce their pay gap. Only 30 per cent of employers published an explanation of the causes of their pay gap, and Close the Gap said that many of these were “superficial in their analysis”.

She said: “While we’ve welcomed the new pay transparency measures as an important first step in addressing the systemic inequality women face at work, the fundamental weakness is that employers aren’t required to take action that will close their pay gap.

“Evidence shows that most employers are unlikely to voluntarily take action on gender equality, predominantly because they unduly think they’re already treating all their staff fairly.

A further concern, she said, is that if employers look only at the “headline figure”, they will fail to identify the reasons for the differences and the actions they can take to address them.

The data is based on the median pay for men and women in each firm, meaning that factors such as type and level of role and the numbers of people of each gender in part-time roles will also impact on the figures.

These factors, Ritchie Allan said, are part of the issue, but opponents of the focus on the gender pay gap suggest this disproves the notion of inequality.

A survey report published by HR consultancy PeoplePointHR this week found that 63.4 per cent of men and 21.1 per cent of women who answered believed that the pay gap is a “fair result of women choosing lower level positions, part-time work and motherhood over career advancement”.

READ MORE: Getting even: Six ways pay inequality could be tackled

However, Ritchie Allan told CommonSpace that this view fails to understand the underlying inequalities involved in these trends. “The notion that women freely choose to work part-time and in lower paid jobs doesn’t recognise the gendered constraints around those choices,” she said.

“Women tend to have primary responsibility for childcare which often results in a need to work part-time. The lack of quality part-time and flexible working means that many women end up working in the only part-time work that’s available, and that’s usually in lower paid jobs and sectors.

“Women who are able to reduce their hours can face challenges in trying to progress as many promoted posts are not available on a flexible basis.”

The result of these barriers, she said, is that many women are “working below their skill level”, a circumstance which could be costing Scotland’s economy up to £17bn.

To address this, she said that employers must look beyond pay systems to the types of jobs men and women are doing and consider how their “workplace culture impacts on men and women differently”. Only then, Ritchie Allan said, can practices be changed to effectively ensure that women are not disadvantaged.

“The challenge for employers is to decide whether to be sector leaders and demonstrate their commitment to gender equality, or to risk reputational damage by doing nothing,” she added.