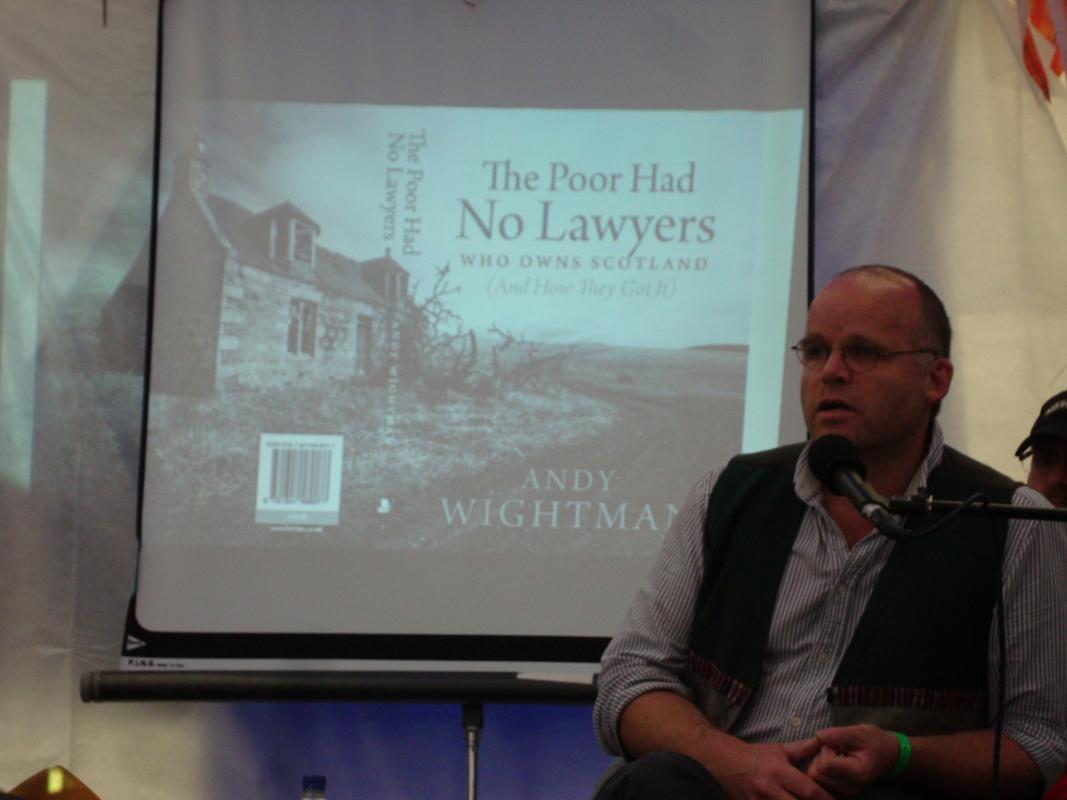 Over £13,000 raised to back Andy Wightman MSP in legal challenge from landowner

SUPPORTERS OF LAND JUSTICE CAMPAIGNER Andy Wightman have backed the Scottish Green MSP in a fast-growing crowdfunder over a serious legal threat from a private landed interest.

Wightman, whose writings on land reform, financial and legal power, and democracy have been highly influential for political campaigns, had an allegation of defamation made against him in a summons to the Court of Session by Wildcat Haven Enterprises CIC.

The charge seeks £750,000 in damages, a sum that would likely force Wightman to enter bankruptcy – which legally entails losing his position in the Scottish Parliament.

The case has been described as a significant threat both to the freedom of the media and an example of private interests challenging democratic rights. The Scottish Green party has stood by Wightman. Supporters or contributors to the crowdfunder, which will be used to cover high legal costs, include top finance journalist Ian Fraser, SNP MSP Joan McAlpine and party colleague John Finnie MSP, as well as many figures from across the land reform and green movements.

“I am launching this crowdfunder because some people have offered to help and for that I am very grateful.” Andy Wightman

In a statement on the crowdfunder, Wightman said: “On 21 March 2017 I was served with a summons by legal agents acting on behalf of Wildcat Haven Enterprises CIC on a charge of defamation together with a claim of £750,000 damages (plus eight per cent interest from date of the summons). The action relates to two blogs I wrote In September 2015 and February 2016.

“My pursuer has until 21 March 2018 to lodge a motion in the court to call the action and have it heard in court. I have arranged for defences to be lodged on my behalf and now await the case to be called.

“I am very grateful to everyone who has been in touch and offered to assist with the costs of this action. Defamation cases can be very expensive and thus I would welcome any assistance with costs. The costs involved are those incurred since the date of the summons (all costs incurred prior to 21 March 2017 have been settled in full by myself). Before you donate, however, please note the following.

Read more – “Barmy”: Alarm raised over £750k legal threat that could force MSP out of office

“1. Neither you nor I can know what the result of this case will be. I am confident that I have not defamed my pursuer but only the court can determine whether I am guilty or not.

“2. I earn a good salary as an MSP even after my contractual obligation to donate 20 per cent of my post-tax income to the Scottish Green Party. I have £5,000 or so of savings but the problem is that I do not know how much this case will cost to defend. I am therefore seeking to raise an initial fund of at least £10,000.

“3. If my pursuer chooses not to call the case or, if it is called and I am successful in defending it, I may be able to secure the recovery of some of my legal expenses. In this event, I will reimburse all those who have contributed to my defence fund in proportion to what each party (including myself) has contributed. Thus, if I am successful, you can be assured that you will receive some of your donation back. I will appoint a qualified auditor to report on my costs.

“4. Funds raised in this crowdfunder shall be used solely for my legal expenses. If I lose the case and damages are awarded to my pursuer, I shall be personally liable for those. I own no property or assets of any significance and thus, if those damages are substantial, I will declare myself bankrupt and, as a consequence ,will no longer be able to serve as an MSP.

“Finally, there are a lot of very deserving causes out there. I am launching this crowdfunder because some people have offered to help and for that I am very grateful. So please do consider carefully whether you wish to support this appeal or not. Thank you to everyone who has offered their support over the past few months.”

Free speech organisation Scottish PEN has said the case emphasises the urgent need for an overhaul of Scots defamation law. The Scottish Law Commission is gathering evidence before making recommendations to the Scottish Government on the issue this year. 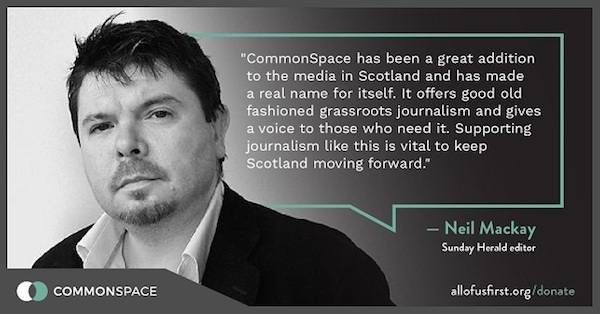