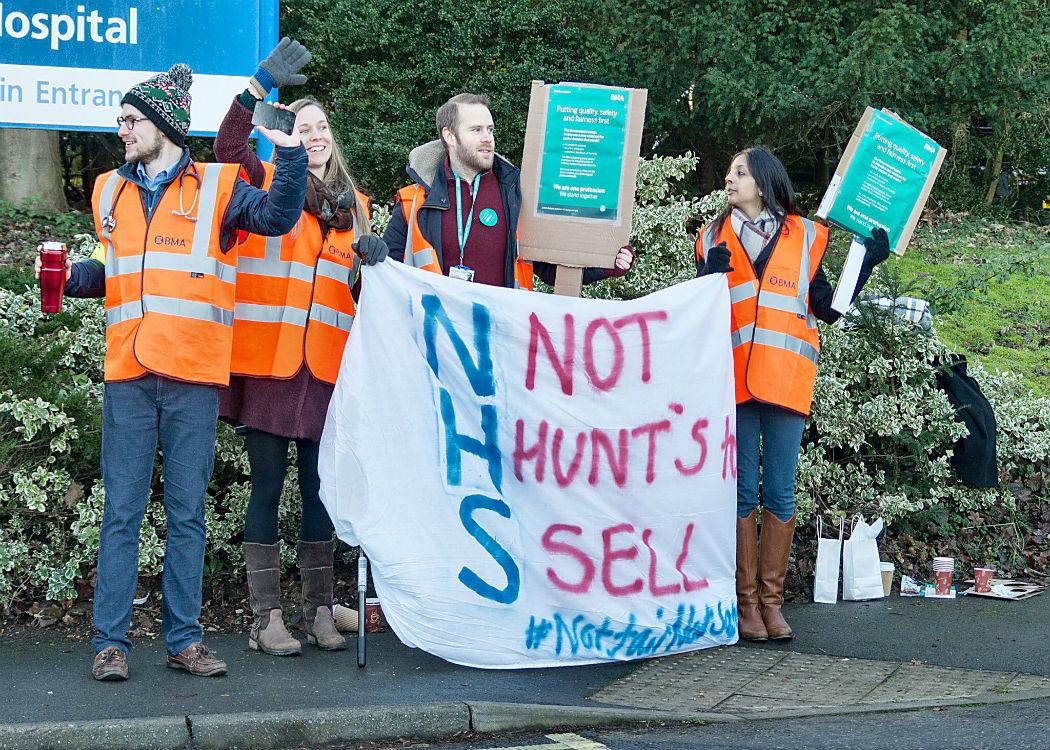 PUBLIC SUPPORT has remained solid behind junior doctors in England as their industrial action escalates into the first all-out strike in NHS history.

Today (26 April) is the third day of strike by junior doctors over changes to contracts, but the first to extend even to emergency care.

An Ipsos Mori poll for the BBC found that 57 per cent of the English public back the strike and the junior doctors, more than twice the number who oppose at 26 per cent.

The poll of 800 adults in England found that more than half, 54 per cent, blamed the Westminster government for the strike.

Yesterday 26 April at the CWU union conference Labour leader Jeremy Corbyn discarded the Labour party convention of not supporting striking workers and announced his support for the strike action.

Ipsos Mori found that 57 per cent of the English public back the strike and the junior doctors, more than twice the number who oppose at 26 per cent.

To cheers from an audience of post and other workers he said: “Jeremy hunt is trying to force this contract on the junior doctors. The junior doctors are absolutely, passionately, committed to healthcare – that is why they are doctors.

“So can we just simply say to Jeremy Hunt, back off – we are supporting the junior doctors.”

Junior doctors have been at loggerheads with health secretary Jeremy Hunt since January when talks collapsed over attempts to impose a new contract which would see doctors working longer hours.

The British Medical Association, which represents the doctors, has said that the longer hours will result in a lower standard of care.

Conservative ministers have called the strike a “bleak day” for the NHS.