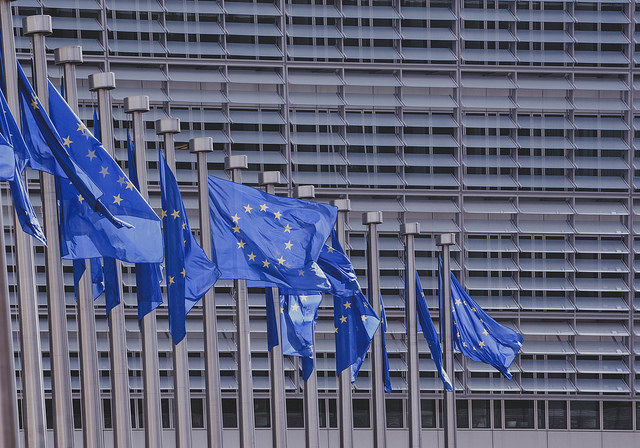 THE SNP has called for an end uncertainty for EU nationals after it was revealed yesterday that up to 100 deportation letters were sent out in error.

The letters, which the Home Office has explained were sent “in error”, advised the EU national recipients that they were to be deported and were “liable to be detained” if they failed to provide evidence of their right to be in the UK. The mistake came to light after a Finnish academic living in England spoke out about her experience of receiving the letter.

Theresa May described the incident as “an unfortunate error”, and said that she wanted “to assure EU nationals here in the UK that their rights and status in the UK have not changed”.

“It is in the gift of the UK government to immediately guarantee the rights and status of EU nationals, who contribute to the UK socially and economically.” Stephen Gethins MP

The incident has drawn harsh criticism from opposition parties, who have viewed the error as part of a wider picture of uncertainty for EU nationals.

Stephen Gethins MP, the SNP’s international affairs and Europe spokesperson, said: “After 14 months of deafening silence from the UK government that has left EU citizens – who have made the UK their home – facing uncertainty and instability, the Tory government responds by sending these utterly callous letters.

“With threats of deportation coming through the letter box this Tory government’s obsession with a hard Brexit is damaging livelihoods and our society without care or consideration.

“It is in the gift of the UK Government to immediately guarantee the rights and status of EU nationals, who contribute to the UK socially and economically, and end the uncertainty. They must take the opportunity and act now.”

The SNP holds 35 of 59 Westminster seats in Scotland, where voters elected to remain in the EU by 62 per cent to 48 per cent. There are an estimated 181,000 EU nationals live in Scotland, representing 3.4 per cent of the population.

“Ministers should drop damaging rhetoric about an immigration target and instead come forward with proposals that recognise the work of EU nationals in this country.” James McGrory, Open Britain

James McGrory, executive director of Open Britain, a campaign group to remain in the EU, linked the letter to the Tories’ wider policy around immigration. McGrory said: “This is shameful stuff from the same department that gave us the disgraceful ‘go home vans’ a few years ago.

“The Home Office show scant sign of being able to get a completely new immigration regime up and running by 2019.

“Ministers should drop their damaging rhetoric about an immigration target and instead come forward with proposals that recognise the work of EU nationals already in this country, and others who we will undoubtedly need in the future.”

Labour MP and shadow home secretary Diane Abbott also responded to the error, which she said was likely to “cause a lot of anxiety” for EU nationals.

Abbott added: “As this government is prone to U-turns the only assurance worth anything to those affected is official documentation of their settled status.”

The UK Government published a policy paper in June, in which its plans to come to a reciprocal agreement between the UK and the EU over the right to create a ‘settled status’ for people who arrived in the country before a cut-off date were outlined.

Caroline Lucas MP, co-leader of the Green Party in England Wales, said in response to the mistaken deportation letters: “The government is turning lives upside down by callously playing hardball over Brexit and it needs to take its responsibilities far more seriously than seems to be happening at present.”