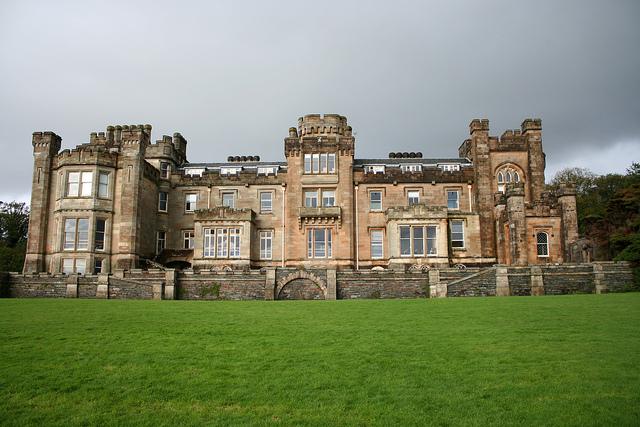 A legal and financial stooshie between a community buyout campaign and Argyll and Bute Council is set to go down to the wire over proposals to purchase Castle Toward estate.

This Saturday (31 January) is the deadline for agreement between South Cowal Community Development Company (SCCDC) and the council to sell the property under the Land Reform Act.

Campaigners are incensed that the council has failed to negotiate a sale of the property which is currently disused in South Cowal near Dunoon. The council proposal of a million pound loan deal has led to accusations of financial incompetence and even illegality from those who say a debt deal would burden the community.

After several phone calls and emails with the Argyll and Bute press office, CommonSpace attempted to ascertain the state of affairs with days to go to the deadline.

A statement released last night in the name of Councillor Morton stated that the loan offer “gives SCCDC breathing space to get its business up and running in the project’s early years without having to make repayments.”

However, SCCDC rejected the loan offer a week ago saying that it would bankrupt the company and risk putting the community into unmanageable debt. With no further offer from the council it remains unclear whether the community will successfully purchase the estate.

Campaigner Lorna Ahlquist, in an email to councillors, said: “The Cowal community is asking for no favours, it wants to put PS750,000 into Council coffers, save the expenditure on upkeep that is draining money from the whole of Argyll and Bute, and create jobs, inward investment and put PS1m into the economy.”

At it stands there is no other identified bidder for the estate. The council retains the possibility of selling the estate on the open market, which may lead to SCCDC purchasing the property or being outbid by a corporate alternative.

The main point of contention between SCCDC and the council is the valuation of the estate. The community group cite independent valuation from Savills that the estate is worth around PS750,000. The council resources committee accepted the valuation of the District Valuers, who estimated a price of PS1.75m.
SCCDC planned to appeal this valuation, but it was dropped in contentious circumstances amid claims of broken promises from the council. The property was originally gifted to the council from Glasgow Corporation for one pound.

Alan Stewart, chair of SCCDC, spoke of his disappointment at the state of play at a recent rally in Dunoon in support of the buyout.

“We had one of the best turnouts ever in a community right to buy. We had 50 per cent of the population turned out, and of that 95 per cent were in favour of this whole project. That’s just about unbeatable,” he said.

“We cannot accept the loan. It would be immoral for us to lumber the community with the loan. As directors of the company it would be wrong for us to take on the loan knowing we cannot repay it.”

Helensburgh councillor Vivienne Dance travelled to Dunoon to address the campaign, and was hopeful that community campaigning around the issue would change the council’s position.

Dance said: “Unfortunately in Argyll & Bute council at the moment your independent councillors have given away the power and control to a small group of party politicians. They have sold their souls. What you have to remind them that their souls are owed to you, as their electorate.”

“Take that power back. Hold all your local politicians, including national politicians to account. Make sure they are aware that something has to change. I will do my damnedest to fight in the chamber for you.”

Argyll & Bute MSP Mike Russell levied criticism at the council authorities, stating that this was the most recent failure to accept community opinion.

“That’s a building that belongs to us, just like Castle Toward belongs to us,” he said. “It has been left by Argyll and Bute council to fall into rack and ruin. It’s also true of a group in Lochgilphead looking to buy derelict land that hasn’t been used for 40 years. Each of the community groups wants to make something of these assets. All we hear is excuses.”

He continued: “I think the mafia lends people money on the understanding that they’ll get the assets back after a couple of years, but I don’t think anybody else lends money on those terms.

“I do think an offer to lend money with an understanding that the people you are lending it to will default and then you’ll get the assets back is probably illegal. There is a big problem where Argyll and Bute council now finds itself.”

Argyll and Bute council, which has faced recent investigations and criticism from Audit Scotland into its financial arrangements, could not confirm that legal advice was taken prior to the offer of the loan. A spokesperson directed questions towards a report by its policy and resources committee published last December, which does not contain legal advice.

A petition entitled ‘Save Castle Toward’ is approaching 6,000 signatures online, and will remain open until the deadline for a deal arrives on Saturday.

Council leader Dick Walsh did not respond to requests to comment.