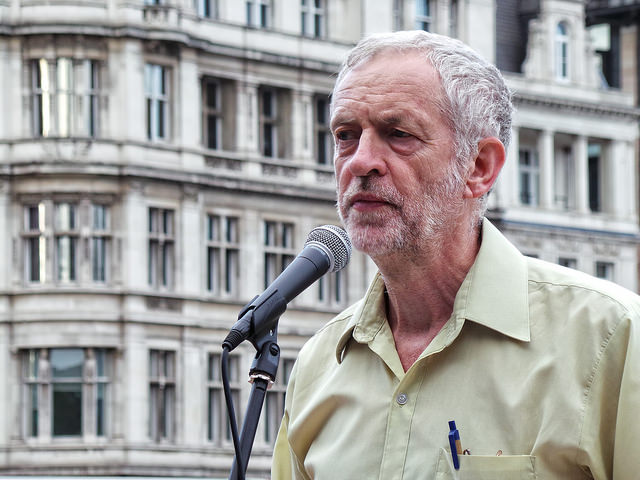 UK LABOUR LEADER Jeremy Corbyn may be “a new kind of Labour leader”, but putting him in power will not solve the imbalances of the British state, argued speakers at the spring conference of the Radical Independence Campaign (RIC).

Speaking at the City of Edinburgh Methodist Church on 10 March, SNP MP Tommy Sheppard, RIC co-founder and activist Cat Boyd and the Scottish Labour-aligned writer Rory Scothorne discussed the limitations of Corbynism in reforming the nature of the United Kingdom.

Tommy Sheppard, a noted SNP republican left-winger and a Labour member until 2001, said that he accepted Jeremy Corbyn was “a new kind of Labour leader”, who might change many Scottish voters’ impression of the party which was formed during the leadership of Tony Blair, Gordon Brown and Ed Miliband.

“Whatever you call Jeremy Corbyn, you can’t call him a Red Tory,” said Sheppard, who went on to say that he was pleased Labour is being led by Corbyn rather than any other candidate. However, it was still uncertain whether Corbyn’s leadership would change the opinion of Scottish voters on Labour.

Because of the sheer amount of party members who left Labour for the SNP over the past 10 years, Sheppard continued, those who remained were disproportionately anti-independence.

Sheppard also pointed out that schisms may yet emerge under Corbyn’s leadership, highlighting the differences of opinion that may exist between the Corbynite Labour faction Momentum and those trade unions aligned with the Campaign for Socialism.

Echoing comments made in his 2017 Thomas Muir lecture, Sheppard argued: “In terms of the actual proposals being put forward, it [the Labour manifesto under Corbyn] was really was not qualitatively different to those of the 1990s.”

Possibly referring to Corbyn’s recent comments regarding immigrant workers at the ongoing Scottish Labour conference, Sheppard went on to argue that Labour is still trying to hold on English middle-class votes, many of which are “steeped” in “racist” and “anti-immigrant” attitudes.

Regarding Scottish Labour’s new leader Richard Leonard, Sheppard said that Leonard’s leadership thus far has been a “disappointment”, saying: “This tactic of calling out the Scottish Government for not doing something, knowing that they don’t have the power to do it, and knowing that Labour voted against them having the power to do it, is shallow.”

If becoming a self-governing nation is not a part of the agenda, said Sheppard, he found it hard to imagine alliances being built between the Scottish pro-independence left and the Labour left, but nevertheless emphasised the importance a dialogue with Labour Party members and activists.

Commenting on future strategies for the pro-independence movement, Cat Boyd said: “If we’ve got the same tactics, the same rhetoric, and the same faces – I include myself in that – then that’s how political rot sets in.

“Radical Independence wasn’t just a broad church,” said Cat Boyd, pointing to the fact that both the SNP and the Labour Party encompasses a wide spectrum of ideological opinion. “It was formed as a dissident campaign to the mainstream of politics… People like Jean Urquhart and John Finnie who came to our first conference risked their political careers.”

Discussing Richard Leonard’s leadership of Scottish Labour, Boyd argued: “I think everyone in the room would agree they have more in common with Richard Leonard than Anas Sarwar.

“If we’ve got the same tactics, the same rhetoric, and the same faces – I include myself in that – then that’s how political rot sets in.” RIC co-founder Cat Boyd

“However, the conversation I keep having with my comrades in Momentum – who say, ‘Well, that’s the end of the SNP’… They think he [Richard Leonard] is a Scottish Jeremy Corbyn,” said Boyd, who said she has often had to explain that this is not the case.

Boyd recognised similarities between Corbynism and Radical Independence, saying that both talked openly about class politics. She also emphasised that the RIC, in contrast with Corbynism, had a theory of state power, while Corbyn’s analysis of the British state has been severely lacking.

“You can’t elect away the monarchy. What happens to the House of Lords?” asked Boyd, stating that Corbyn has had disappointingly little to say on these issues.

Despite the attraction Corbyn’s policies may hold for left-wing Scottish voters, Boyd said: “Simply putting the man in Number 10 will not solve the crisis in the British state.”