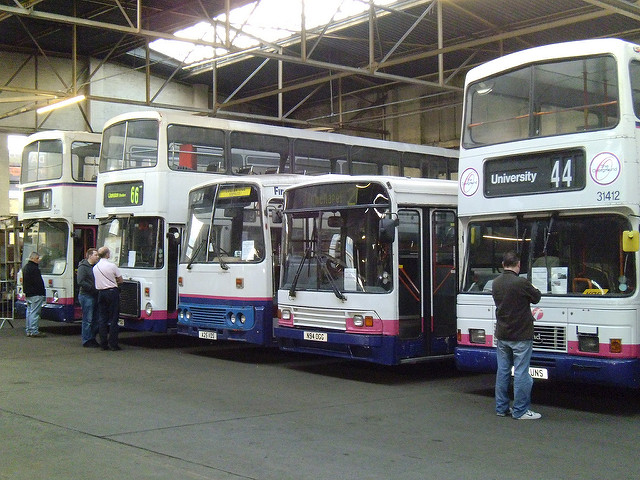 THE GLASGOW CONNECTIVITY COMMISSION today [29 November] published the first of two reports, detailing its proposals to reform the city’s much-needed transport sector and address the needs of the many Glaswegians overlooked by its current transport options.

The Commission, established last November by Glasgow City Council leader Susan Aitkin, was asked to provide independent recommendations to enhance the city’s connectivity. Its interim findings, published in June, showed that Glasgow has experienced a severe decline in bus usage and gaps in its fixed rail network in comparison with other major European cities.

The findings come against the backdrop of increasing agitation from local activists for more radical reforms than those promised in the Scottish Government’s Transport Bill.

The Commission’s recommendations include a “strategic repurposing” of Glasgow’s road network to prioritise people-friendly public spaces, engagement by Glasgow City Council with the Vacant and Derelict Land Commission to bring dead spaces back into productive use, the creation of segregated cycling corridors through the city centre, better strategic placement of taxi ranks, and a new partnership between the council and bus operators which would hopefully drive patronage growth by 25 per cent in its first five years.

The research behind the report also found that the decline in bus usage has had the biggest impact on those from the poorest communities, with those in the lowest income quintile making 206 per cent more trips by bus or coach than those in the highest.

Commission chair and transport expert Professor David Begg commented: “Glasgow is a great European city and the economic powerhouse of Scotland. But not all of its citizens are connected to the opportunities the city provides – which is placing a barrier on its growth potential.

“And its streets, particularly in the city centre, do not offer an experience worthy of a great European city, the consequence of decades of planning decisions which have prioritised car use over pedestrians and denuded its public spaces.

“The recommendations included in this report offer an opportunity to radically transform Glasgow’s city centre – ensuring it becomes an attractive place to live, work, visit and invest – while better connecting all its citizens so as to deliver inclusive growth.

“We have built on the very positive work already being undertaken by Glasgow City Council, such as the Avenues project, Low Emission Zone, cycling schemes and recently formed bus partnership. But an incremental approach to these is not enough. Now is the time for radical action.”

Susan Aitken added: “I’m sure people will agree that the findings and recommendations in the report are radical and potentially transformative.

“Glasgow is a great European city and the economic powerhouse of Scotland. But not all of its citizens are connected to the opportunities the city provides.” Professor David Begg

“The report is an impressive piece of work and in the weeks and months ahead we will be considering these findings in detail and how the council should respond to them.

“I am confident that in the longer term the city will eventually see significant benefits flowing from the findings made by the commission.”

However, the Commission’s proposals do not address the demands of grassroots campaigns such as Get Glasgow Moving, which has called for a public ownership model for Glasgow buses, similar to that enjoyed by Edinburgh.

In October this year, Get Glasgow Moving delivered a petition with over 10,000 signatures calling for a publicly funded Glasgow bus company, and won the endorsement of MSPs from the SNP, Scottish Labour and the Scottish Greens, including Scottish Labour leader Richard Leonard and Scottish Greens co-convener Patrick Harvie.

An earlier Panelbase poll, commissioned by the Scottish Greens, also found this year that 58 per cent of Scots believe bus services should be run by public operators, with only 15 per cent believing that private companies should remain in control of the nation’s buses.

A second report by the Glasgow Connectivity Commission will be published early in 2019, which will address issues beyond the control of Glasgow City Council, such as development of the rail network, the strategic road network and governance of transport planning.