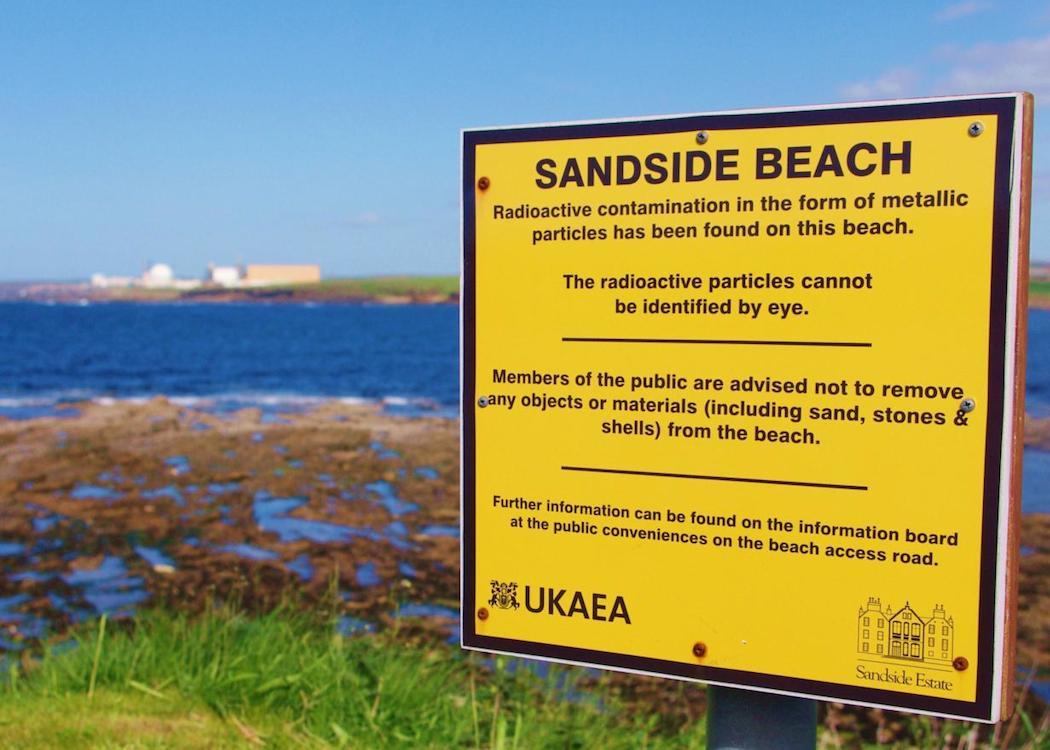 TOXIC SOURCES of radiation from UK military dumping have been identified in the mussel bed at Dalgety Bay in Fife.

A safety ban had already been put in place by environmental protection groups following the detection of radiation in 1990, which stems from the dumping of old RAF aircraft in the area.

Now, following continued monitoring of the area by Scottish Environmental Protection (Sepa), the source of radiation in the shore bed has been identified for the first time.

Dr Paul Dale, principal policy officer with the radioactive substances team, said: “This find demonstrates the importance of people following the signs, staying off the demarcated area and not picking up items from the beach.”

The Ministry of Defence and its contractors have been criticised for a failure to act and clean up the site .

A ban remains in place on removing seafood from the area.

The Dalgety Bay radiation is part of a toxic legacy of polluting materials that extends across Scotland.

The decommissioning of the nuclear reactor at Dounreay near Caithness led to the “unauthorised” release of radioactive material.

Radioactive particles from the nuclear site at Chapelcross in Dumfriesshire where previously found on the Solway Firth.

Further pollution issues from the legacy of military dumping in Scotland was raised last week by new MP for Inverclyde Ronnie Cowan.

Cowan, commenting that 80 per cent of bombs dumped in the Clyde estuary remain unaccounted for, stated: “I have been assured that there had been a programme of dedicated clearance work undertaken during the post war years which reduced the devices at sea but I am extremely concerned that 80% are still there somewhere.

“My constituents in the area around the mine that was discovered last month were told to open their windows and stay close to brick walls. If these preventative steps were being taken whilst a controlled explosion was being carried out is it really safe for weapons of mass destruction to be sharing the same waters?”