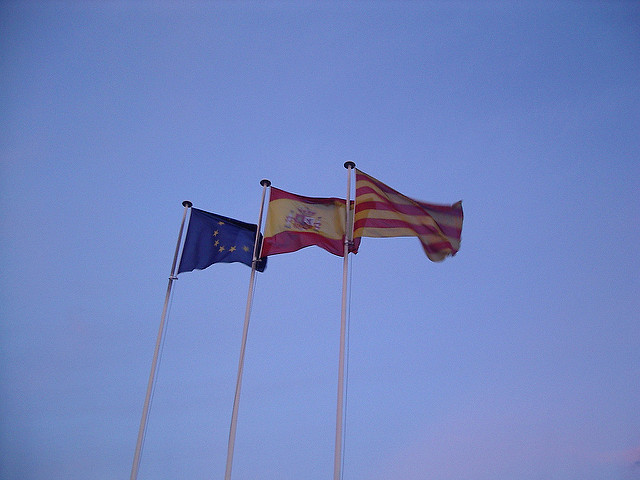 Raphael ‘Tsavkko’ Garcia (@Tsavkko_intl), journalist and PhD candidate in Human Rights at University of Deusto, Basque Country, details the various ways in which Spain has taken unprecedented steps to crackdown on the Catalan indy movement, even if it means forging a diplomatic crisis

SPAIN and Catalonia have been living in a climate of open conflict since the suspension of the Estatut d’Autonomia de Catalunya (the Catalan Statute of Autonomy) in 2010 and with increasing intensity since the unofficial consultation for independence in 2014 and finally with the referendum of October 1, 2017 in which Spain has sent thousands of police troops to Catalonia to promote acts of violence and brutality against voters, while sending to jail several political personalities who are widely considered political prisoners.

The arm wrestling between Spain and Catalonia also involves the diplomatic field. After the referendum of 2017, considered illegal by Spain, Catalan representations abroad were closed by the central government as part of the measures adopted with the application of Article 155 of the Spanish constitution that virtually suspended the powers of the Catalan Government and passed them on to the government of Madrid. These embassies have the objective of strengthening bilateral relations and facilitating economic agreements between Catalan companies and companies from other countries – in 2018 some of these embassies have been re-opened.

In an unprecedented gesture in Spanish history, honorary consul of Latvia, Xavier Vinyals, had his diplomatic status withdrawn by the Spanish Foreign Ministry for having placed a pro-independence flag on the balcony of the consulate during the Diada, the Catalan national day, on 11 September, 2016. Vinyals, a Catalan, was punished for manifesting himself politically by supporting a cause, the independence of Catalonia, which is not illegal in Spain.

In October 2017, Bulgarian football legend Hristo Stoichkov was also dismissed from his honorary consul position after criticising the then governing party, the PP, for police violence during the referendum for independence, accusing the Spanish police of being “Francoist”. Honorary Philippine consul Jordi Puig Roches was also dismissed from his post after attending protests on 3 October in Barcelona in 2017 against police violence during the same referendum.

In February 2018, it was the turn of Finland’s Honorary Consul Albert Ginjaume to be fired from his post after pressure from the Spanish foreign ministry on Finnish diplomacy. The crime of Ginjaume was to invite the mayor of the city of Sant Cugat, Mercè Conesa, for a lunch with consuls in Barcelona. The lunch was part of a monthly meeting of the diplomatic corps in Barcelona with the presence of local political figures, however, Conesa is a well-known pro-independence leader, which ended up costing him the post of the now former Consul of Finland.

In October 2018, Fernando Turró, honorary consul of Greece in Barcelona, ​​was removed from his post after Spanish pressure because he allegedly “offended the Spanish flag” for having, on 11 September, participated in the acts of the Catalan Diada.

The withdrawal of diplomatic credentials is an extreme measure reserved for situations of great conflict and in exceptional circumstances and the Spanish pressure for the dismissal of at least four honorary consuls is unprecedented, nevertheless it was not the most radical acts of a country that seeks all ways to stifle the Catalan independence movement which, in despite of this, has found widespread international support among political leaders such as the Finnish deputy Mikko Kärnä and several MEPs and members of the Flemish Parliament.

The recent change of government, with the departure of the PP and the entry of the centre-left PSOE, does not seem to have changed in any way the behaviour of Spain in relation to Catalonia.

In September 2018, a spokesperson for the Flemish parliament, one of the regions that make up Belgium, Jan Peumans, sent a letter to the Catalan leader and political prisoner Carme Forcadell in which he states that “detaining politicians for months is an evil act, proof that Spain’s central government is not capable of fulfilling the conditions to be part of a democratic European Union.”

Peumans’ letter was made public by his party colleague Mark Demesmaeker who, on Twitter, wrote: “Speaker of the Flemish parliament Jan Peumans just did what every democrat in EU should do: tell Madrid the unconvenient truth and condemn its undemocratic practices and authoritarian drift!”

The Spanish authorities, in response, removed the diplomatic status of Flemish delegate in Spain, Mark Hebbelinck, opening a diplomatic crisis with Belgium. Hebbelnick will be able to continue working as a delegate of Flanders in Spain, but without diplomatic status and if he is to be substituted by another delegate, he or she will not receive a diplomatic status as well. Flanders Minister-President Geert Bourgeois criticised the Spanish decision, which he said was “very hostile“, while Belgian diplomats merely stated that the matter concerned the Flanders parliament.

As it turns out, Spain has sought to stifle Catalan nationalism on all possible fronts. At this very moment 12 Catalan separatist leaders are being tried in Madrid by Spanish Supreme Court with prosecutors seeking jail terms of up to 25 years for crimes such as disobedience, rebellion and embezzlement of public funds. They all deny the charges and their lawyers claim that the trial is political.

The former president of the Catalan Government, Carles Puigdemont, and other leaders such as Clara Ponsatí and Anna Gabriel are exiled and unable to return to Spain, where they would be arrested and tried for the crime of rebellion for exercising what the statute of their parties clearly state and for respecting the popular will of the Catalans.

Authoritarianism is not a novelty in Spain, a country which seems to have not yet been able to overcome the methods of the Franco period and fully respect democracy. The fact is that Spain has been indisposed with several countries and acted like a bully, without any concern for its international image and, lately, with no respect for the international law.

In the words of Slovenian former foreign minister, Ivo Vajgl: “The EU and its institutions cannot look the other way.”