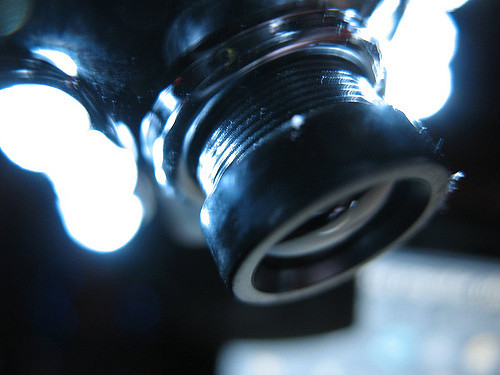 BY APRIL 2018 the age verification control of the Digital Economy Act should have been implemented in the whole of the UK after receiving royal assent on April 2017. The implementation of one of its most controversial items, though, was postponed, yet it might be implemented by the end of the year. That gives us more time to debate it’s dreadful consequences for freedom of expression.

There’s obvious problems with this law – the fairly ridiculous demand of a credit card to access any kind of website or content in order to verify someone’s age, the censorship and the almost impossible task technically speaking. But beyond this, it relies on the immense breach of privacy of everyone in the country who will be forced to identify themselves while giving up information such as personal tastes, sexual behaviour and navigation patterns to the UK Government and to a large bureaucratic black hole.

It is true that whenever we access Google or Facebook we leave behind a digital trace and a series of information that we sometimes are not even aware, but we freely choose to give up such information in order to access such websites as they are private entities and free to make demands that we might choose to accept or not. The debate of whether Facebook is the internet itself of at least behaves as such is valid, but not for the time being.

We are not talking about private companies demanding registration and collecting our data to access specific services, but the government policing and patrolling people obliging them to give up data to access not a specific service, but a whole range of contents that they think is pornography, therefore unsuitable for consumption.

To be even clearer, this is not a private company asking you for something (your data) in order to pay for their services (there’s no such thing as a free lunch, we all know for a long time, Facebook, Google and other services are not free, we just don’t give them money, but something even more valuable). This is the government tracing your steps, knowing everything about you and your deepest desires (and depravations) just because it can, just because it has the power to do so and to demand so.

Companies are profit-driven entities that only marginally take consumers opinions into account, governments are or should be the exact opposite. They should always take into consideration people’s opinion and respect not only majorities, but minorities as well. In the present case, the government is acting in an even more reprehensible way than the worst of companies – but with way larger power and coercive capacity.

I’m not defending unrestricted data collection made by private companies, I’m just trying to show that there’s a huge difference between a two party agreement (between a service provider and a consumer) and the government having full control of your/our data without giving you anything but an “ok, go ahead”, as if anyone would need the permission of a state to access legal content online. We are basically paying to get nothing in return; so there is a free lunch, but only for the UK Government.

READ MORE – “A fundamental erosion of freedom”: UK Govt lambasted for attack on whistleblowers and journalists

It is still unknown how the data will be stored and how – more than if – it will be used, but it is somewhat scary to think that there’ll be a massive server collecting everyone’s personal and private sexual tastes and desires. One thing is having your IP connected to some content, a very different thing is having your name, address and credit card number linked to content that you probably don’t want anyone to know and that you access on your free time. It’s worth noting that this is also coming from a country that is discussing the ban of what some politicians call “non-conventional” sexual acts (such as Golden Shower, face sitting, spanking, female ejaculation, etc).

In other words, a hyper-moralistic government that is trying to ban sexual behaviours they deem as inappropriate to others will soon be in possession of an enormous database of all kinds of sexual behaviours and deviations anyone can imagine – but don’t know what they’ll use it for.

The idea of “let’s protect our children” usually hides the bad intentions of pressure groups, many of which are religious, to curb others’ freedom – and nowadays there’s a legitimate concern about the security of personal data amid the panic caused by terrorism.

And the use of the expression “sexual behaviour” is not for nothing. This is government control of images and videos of sexual acts; it would be naive to think it could not be used to potentially embarrass citizens to change, hide or suppress such behaviours.

Dr Kate Lister, a researcher on the history of sexuality at Leeds Trinity University and curator of the website The Whores of Yore, has noted that even websites that are not “produced solely or principally for the purposes of sexual arousal” might be caught by the law and the government tentacles – it is still unknown how the verification process will take place and if websites flagged will have any chance to complain.

READ MORE – ‘Extolling terrorism’ in Spain: The Spider Operation and the persecution of freedom of expression

It is unknown, as well, how websites will be evaluated and how the process will decide whether or not the content fits into the law. It is not unimaginable that content for the purpose of education, repository of images and videos, discussion-oriented websites, etc, end up being targeted. Let’s just remember that in 2013 the Tory Government’s anti-porn filter ended up blocking even the UK Parliament’s website.

The United Kingdom is going in the opposite direction from countries like Brazil, which proposed and approved a progressive and unique legislation, the Civil Rights Framework for the Internet (Marco Civil da Internet). The pillars  of this framework are the defence of net neutrality and internet privacy, making it difficult to forcibly withdraw content and impose censorship. It is not a perfect legislation or one that has not been graced with one or another breach while passing through the Brazilian parliament, nevertheless it is the most advanced legislation we have in the world.

While some countries are moving towards guaranteeing privacy of the population, others prefer to indulge in clumsy moralism that hides a desire to abolish everyone’s privacy.