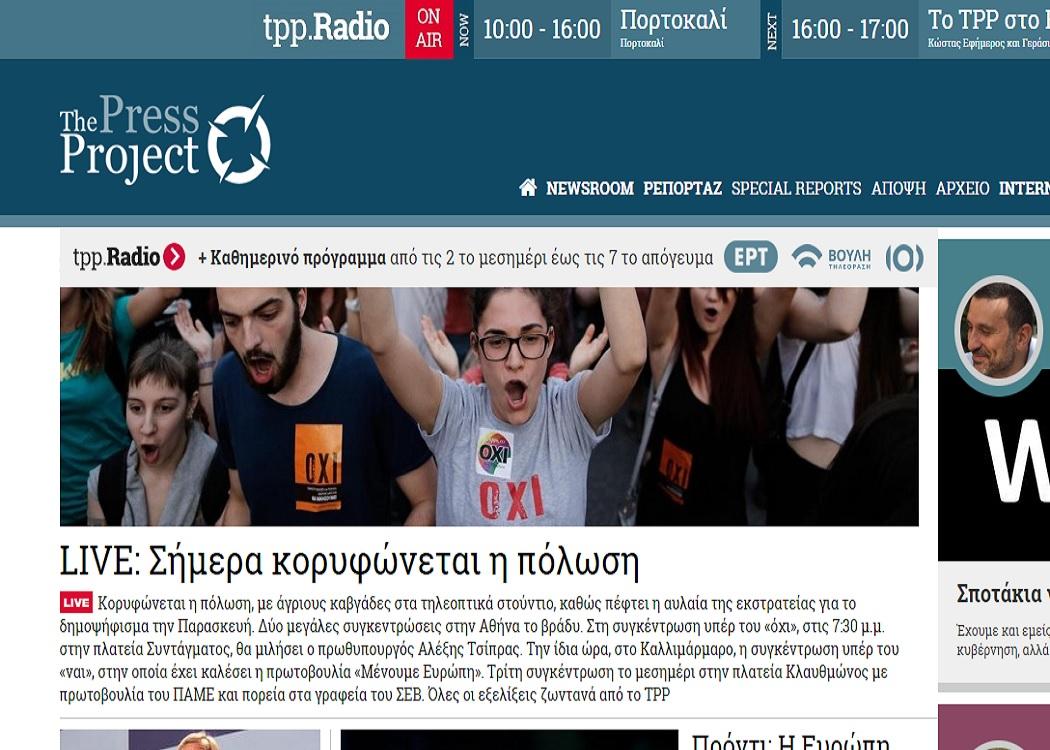 THE Greek finance minister, Yanis Varoufakis, has backed a call by a leading independent Greek news outlet to use crowdfunding to support independent media as a counterbalance to the commercial media in Greece.

Responding to the recent initiative to crowdfund EUR1.8bn for Greece, the Press Project has instead suggested that people undertake a more realistic act of support by helping to fund independent Greek media.

While the bailout crowdfunder has fallen well short of its target, it has raised pledges worth a significant EUR1.6m (click here to read more).

Yanis Varoufakis tweeted on Thursday: “Interested in helping preserve free press in Greece in the face of an unprecedented scare mongering media bonanza?”, and shared a link to the Press Project, an independent media outlet based in Athens.

Citing the NGO Reporters Without Borders, the Press Project stated: ” Greece ranks 93rd in the global index of press freedom (placing it last in Europe). Private TV channels, newspapers and radio stations are majority owned by five key families, who use them to ensure their family of companies obtain government contracts.”

Founded in 2010, the Press Project operates in both Greek and English, across multiple media platforms, including radio, TV and investigative journalism. Like CommonSpace, it refuses state or commercial funding, and does not carry advertisements.

In the shadow of Sunday’s referendum, Varoufakis and the Press Project have drawn attention to the political and economic partiality of the mainstream Greek media, and the key role it plays in shaping the narrative of, and ultimately in deciding, the outcome of the vote.

Click here to find out more about Press Project.