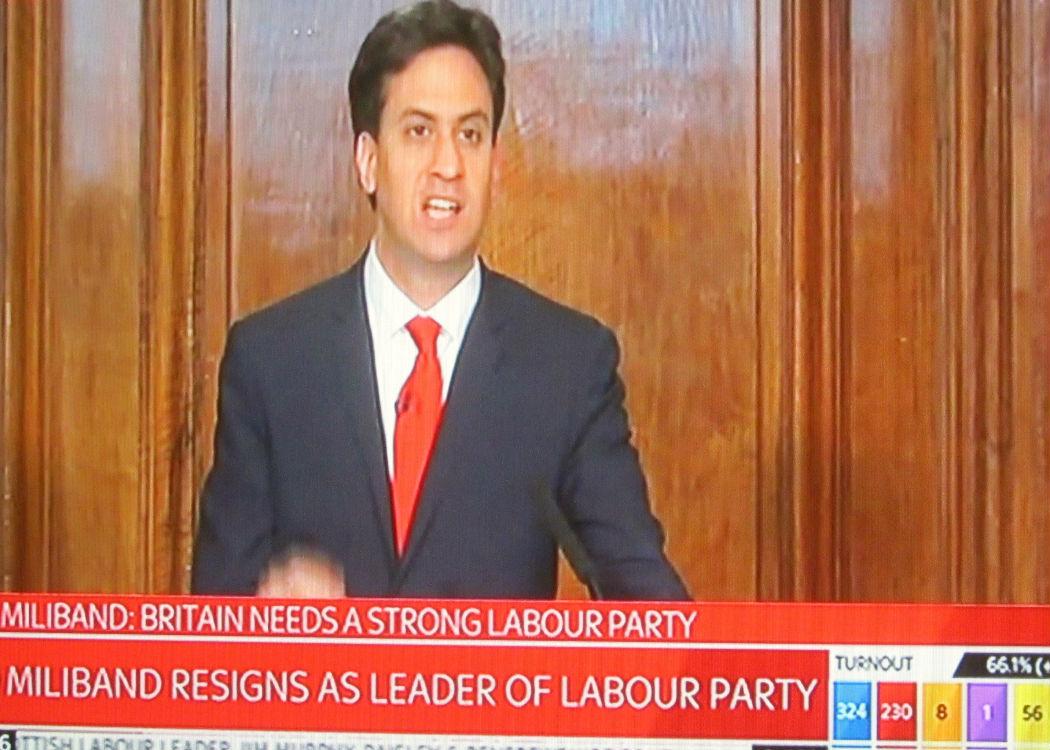 Liam O’Hare reports from London, including speaking to former Labour mayor of London Ken Livingstone, on the fallout from Labour’s catastrophic defeat

IN AN OFFICE across the Thames from Westminster, the New Economy Organisers Network (NEON) watched the election results come in. A collective of activists seeking an alternative to austerity economics, they planned to spend Friday organising how to most effectively influence the widely predicted hung parliament.

While Labour points the finger at the SNP and nationalism for their capitulation north of the border, there is no anger at Scotland here. Only a sense of sheer frustration that the Labour party failed to join Nicola Sturgeon in articulating a clear case against austerity.

“My views are Labour did not pitch a radical enough agenda,” says Huw Jordan, one of the few remaining activists still here. “The lesson should be learned that the SNP came out with a populist, anti-austerity agenda which captured people and that was what people were looking for.

“Labour came out with half-hearted stuff; austerity-lite and anti-immigration rhetoric. What you see in Scotland is if you come out with a principled radical vision then you win.”

For Jordan, what happened in Scotland was no surprise – polls had been predicting the collapse for months – but the real examination that’s required is how they lost so heavily to the Tories in England. The party got 204 seats to the Conservatives 314 south of the border.

“Labour has lost a lot of England. Labour has lost in England marginals in the midlands and the south. They need to look at that question and not go on about the Scottish fight. Why have they lost the Labour marginals? If the Labour party goes down the road of saying that ‘we were too left-wing’ and blames Scottish nationalism, than Labour are in big, big trouble.”

The body is hardly cold and the post-mortem has begun in earnest.

Ed Miliband has resigned with Yvette Cooper, Andy Burnham and Chukka Ummuna as the early frontrunners to replace him.

In Scotland, the party lost all but one of its seats including those of its leader Jim Murphy, as well as big-hitters Douglas Alexander, Margaret Curran and Anas Sarwar.

Outflanked to the left by the SNP and trounced by a cuts-driven Conservative party in England, deep questions are now sure to be asked about the direction of a party that has well and truly lost its way.

Will it attempt to return to its historic roots and offer a genuine alternative to more Tory austerity? Or will it make a return to its more recent New Labour days of Blair and unfettered neoliberalism?

Up the road at the media tents outside the House of Commons, hacks and politicos swarm around analysing the result and what it means for Labour, and indeed Britain.

Speaking to CommonSpace, former Mayor of London, Ken Livingstone, warned the Labour party will face another certain election defeat if it does the latter.

“If the Labour party moves back to the right then we guarantee another lost election,” Livingstone told CommonSpace. “We need to stick to what we believe in and show there is an alternative to austerity. That’s why Nicola Sturgeon did so well. She stood up to what this government is doing on austerity.

“Cameron and Osborne are going to push through a new package of cuts very rapidly and we need to fight those.”

Affirming that a return to New Labour would be disastrous for the party, Livingstone added: “The Labour party needs to stick to our core values which is representing ordinary working class people.”

Where Labour goes from here will surely determine whether the party can be resuscitated or is set to be consigned to the mortuary for good.