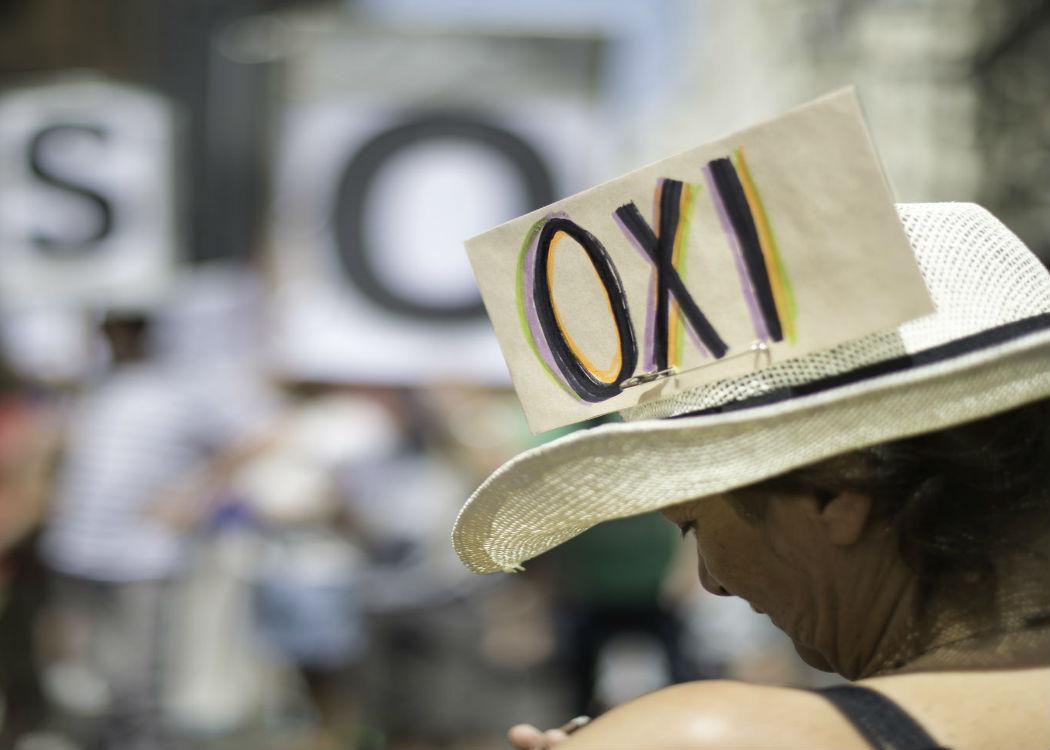 THE REFERENDUM on whether to accept further austerity in Greece has gripped Europe. While the country continues to teeter on the financial brink, the Syriza government has been given a resounding democratic mandate to attempt to negotiate a better deal from its creditors.

Over 61 per cent of Greeks who took part voted No (‘Oxi’) to the bailout deal on the table from the Troika of the IMF, ECB and European Commission.

Following a meeting with David Cameron and Bank of England governor Mark Carney, George Osborne is expected to release a statement outlining the UK government’s position on the vote.

Plenty others have already commented though and we round up some of the reaction from around Scotland and beyond..

“The Greek people have made a very clear decision to reject the austerity package and to seek a renegotiation with the ECB, the Eurozone countries and the IMF.

“It is incumbent on all parties to step back from the brink, to respect that decision and to work together to find an effective solution that allows the Greek economy and the Greek people the time and stability required to recover and that avoids unnecessary damage to the Eurozone.

“As the IMF has acknowledged some debt relief is an essential part of that recovery package. Ultimately the key to recovery will be promoting growth to ensure an end to austerity.”

“Even in the most difficult circumstances, democracy can’t be blackmailed–it is a dominant value and the way forward.

“The mandate you’ve given me does not call for a break with Europe, but rather gives me greater negotiating strength.

“The Greek people made a historic and brave choice. Their response will alter the existing dialogue in Europe.

“Our NO is a majestic, big YES to a democratic Europe.

“It is a NO to the dystopic vision of a Eurozone that functions like an iron cage for its peoples.

“It is a loud YES to the vision of a Eurozone offering the prospect of social justice with shared prosperity for all Europeans.”

“I take note of the outcome of the Greek referendum. This result is very regrettable for the future of Greece.”

“The European Commission takes note of and respects the result of the referendum in Greece.

“President Juncker is consulting tonight and tomorrow with the democratically elected leaders of the other 18 Eurozone members as well as with the Heads of the EU institutions.”

“It’s a very clear message. The citizens of Greece have said that austerity isn’t the way to end the economic crisis.

“Now there is no excuse. The time has come for sensibility and to find a reasonable agreement.

“We have a great friendship with Syriza, but luckily, Spain is not Greece. We’re an economy with much more weight in the eurozone, we’re a country with a stronger administration and with a better economic situation. The circumstances are different and I think it makes no sense to draw these parallels.”

“The Syriza led government including Greek Greens have stood up to the Troika. Scottish Greens stand in solidarity with them. The Scottish and UK Governments must recognise the will of the Greek people and assist in their democratic effort to end unfair and unnecessary cuts. That should start with putting debt relief on the table during this week’s negotiations, as all sides recognize as necessary.”

“The democratic will of the Greek people to ignore the media and vote against austerity, despite the bank closures, shows the need for radical democracy – we need a politics by the people for the people, in Scotland and Greece. We want to take that spirit – the spirit of the Oxi movement against austerity – into the 2016 Scottish elections.”

“Well done to the people of Greece. European leaders should now respond constructively to the democratic voice of the Greek people.”

“Greeks have shown they can’t be pushed around. EU bluff called. EU political class told Greece to vote yes – and Greeks told them to bog off.”