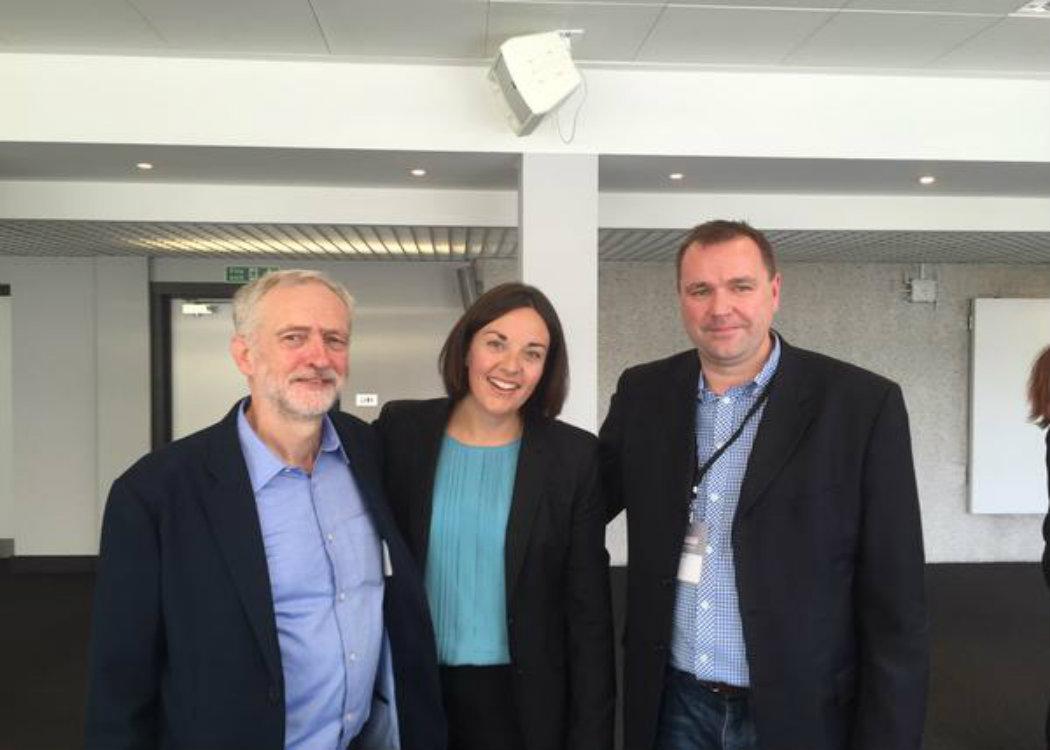 Left-wingers welcome victory, but raise questions over challenges ahead

OVER a quarter of a million people backed Jeremy Corbyn to become leader of the Labour party, but after the recent SNP landslide he faces a huge challenge to win back support in Scotland.

The quickest to judge Corbyn were his political supporters and opponents – who either celebrated a fresh start for the party or raised doubts over his chance of success.

Here is a selection of responses from across Scottish politics.

Neil Findlay MSP , who led Corbyn’s campaign in Scotland, said the result was a “huge challenge to the SNP because we know that for them it’s rhetoric over reality in terms of their opposition to austerity. This is the real deal now. They have to make their mind up where they stand on a number of issues. So I’m very encouraged”.

Leader in Scotland Kezia Dugdale added: “We’ve now got the chance for a fresh start and new leadership in both Scotland and across the UK. I’ve said I want my leadership to be about shaking up the establishment in Scotland, and Jeremy wants to do the same across the UK.

“What people want is real change – not just in their politics, but in their lives. Today offers the chance for that change.”

However, former chancellor Alistair Darling was less confident about Corbyn. He warned that “it would be a huge mistake for the Labour Party to think it should be pitching off to the left. If you vacate the centre ground to the Nationalists, you will pay a heavy price”, in The Herald .

Groups which were at the forefront of the independence campaign last year also welcomed Corbyn as a move to the left in the Labour Party.

Campaigners Common Weal added: “Jeremy Corbyn has been elected UK Labour leader with over 59 per cent of the vote. We wish him well.”

Business for Scotland were less welcoming, predicting that Corbyn was unelectable, not a supporter of Scottish devolution, would reignite party infighting and face “the weight of corporate London” against his leadership.

“We welcome the election of Jeremy Corbyn to lead UK Labour. It represents a stunning defeat for Blairism and New Labour. Corbyn’s campaign has inspired hundreds of thousands of people who want a socialist future to re-engage with politics – but Scottish Labour are never going to do the same.

“The vast majority of progressive opinion in Scotland has rejected both austerity and the Westminster set up which is imposing it at the behest of the big business and the bankers. These voters back both socialist answers to the crisis and the independent Scotland we need to implement them.

“Corbyn opposes independence or even a second referendum and believes that change can come through the antiquated House of Commons with it’s corrupt electoral system. Few of those who used to vote Labour and now back independence will share that view.

“Corbyn is right to say that a people’s social movement is needed, but in Scotland it is not possible to develop that around the Labour Party. Corbyn is a product of the great progressive movements of our time. The Scottish leadership is not – and furthermore – stood against the largest people’s movement in Scottish history last year.”

“Jeremy Corbyn is due huge congratulations for winning this election in the face of relentless attacks from Labour’s right wing. The debate, enthusiasm and ideas his campaign has invigorated have been missing from the Labour Party for far too long. Many of those ideas have long been held by the Greens, from sharing society’s wealth more fairly and ending vicious austerity, to more investment in sustainable jobs and the return of public services to public hands.

“However, all the signs suggest that those who hold power behind the scenes within Labour will do anything to stop the party from from returning to its roots, even with a capable, principled leader in place. It remains to be seen weather Corbyn can revive his party’s democracy before his position is undermined by those who have lost the democratic debate.

“For all his merits, Jeremy Corbyn has had little to say about how he would support a stronger voice for Scotland, and Labour north of the border is struggling to reconnect with the voters it lost during its cynical campaign against independece. That seems unlikely to change in eight months before the Holyrood election, and the Scottish Greens will be campaigning with our new membership to build a strong left opposition in the next Scottish Parliament.”

“We congratulate Jeremy Corbyn on his victory and hope that we can work constructively with him in a progressive alliance against Tory austerity. We also call on him to give an early commitment that Labour MPs will join the SNP in voting against the PS100bn renewal of Trident.

“However, the reality today is that at a time when the country needs strong opposition to the Tories, Jeremy Corbyn leads a deeply, and very bitterly, divided party. Indeed, if Labour cannot quickly demonstrate that they have a credible chance of winning the next UK general election, many more people in Scotland are likely to conclude that independence is the only alternative to continued Tory government.

“In the meantime, it is clearer than ever that the only credible and united opposition to the Tories, north and south of the border, is the SNP.”

“Voters gave their verdict in May, but instead of listening to their concerns, Labour’s response has been to retreat to its own comfort zone with policies which don’t represent the values of Scotland’s majority.

“Meanwhile, the SNP has gone back on its promise to respect last year’s referendum, and is instead now preparing for a re-run.

“Scots don’t want to go back to another divisive referendum, they want to crack on with their life.

“Under my leadership, the Scottish Conservatives will always make the positive, principled case for our United Kingdom and will fight in the centre-ground for better public services across Scotland.”