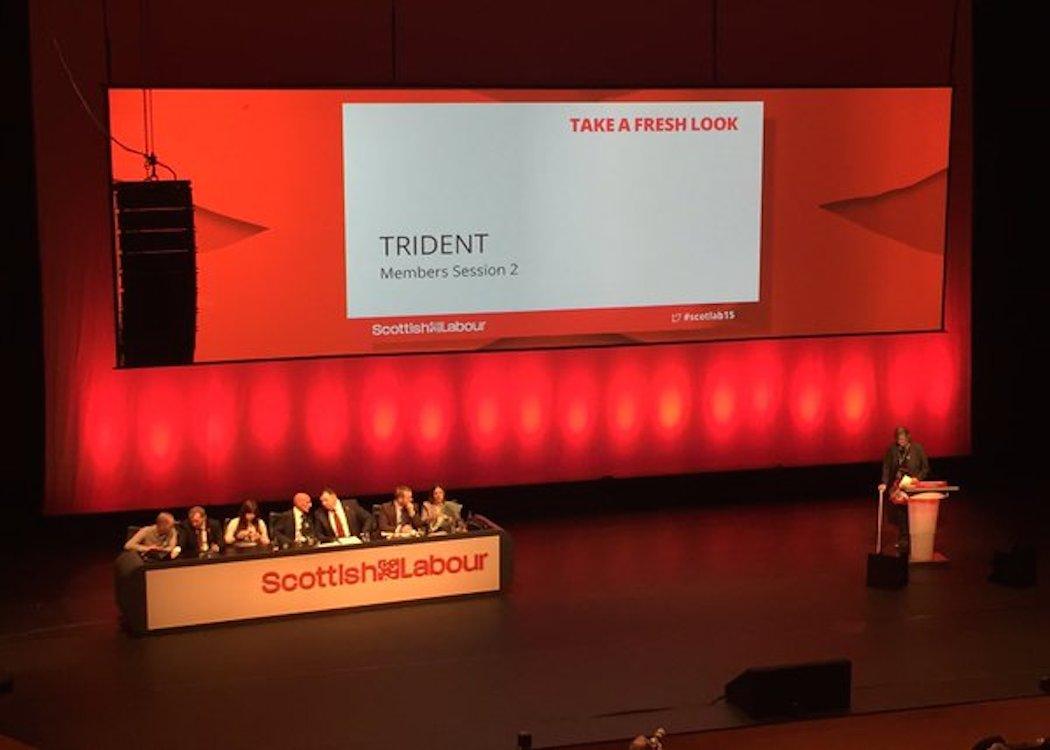 THE LABOUR PARTY IN SCOTLAND voted against the renewal of Trident nuclear missiles at its Perth conference – providing a boost to wider campaigns to stop the PS167bn renewal of the weapons system and contradicting UK Labour policy on the issue.

The party in Scotland delivered a decisive 70 per cent to 30 per cent verdict against the weapons system, but right-wing Labour representatives in England were quick to quash hopes that this would lead to a wider change in policy.

Here are some of the responses to Labour’s anti-Trident vote.

“Scottish CND welcome the decision by Scottish Labour conference to hold a debate on Trident. This is a significant move. We would encourage all delegates to vote against spending PS167 billion pounds renewing these Weapons of Mass Destruction. We also support efforts to develop ways of providing alternative employment for the workers that would be affected.”

“It’s about time that the Scottish Labour Party caught up with the strong public opposition to Trident in our country. This is one of the great moral questions of our time, and Scotland must unite in opposing this obscene weapons system capable of destroying humanity as we know it.

“Scotland’s political parties must do everything they can to stop the renewal of the atrocious weapons system, and the Scottish Greens look forward to working with our colleagues to make this happen,” he added.

“Good news that @scottishlabour has voted against Trident renewal…but it will only make a difference if UK Labour MPs vote against it in the House of Commons.”

“For 60 years, successive Labour and Conservative governments have been united on this issue. I appeal to moderate Labour MPs to back our decision to maintain a round-the-clock nuclear capability.”

Baron Moonie, Labour member of the House of Lords

Reaction to claims the vote would have “little impact”: ” ‘Little impact?’ Try no influence whatsoever!”

Reaction to the vote: “Shameful but irrelevant news.”

“Welcome to former Labour supporters who don’t want their taxes raised, their country’s defences weakened or their MSPs campaigning for independence.”

“And in respect of Trident, I am also pleased at the dual commitment to develop a robust and sustainable Defence and Industrial strategy to ensure that high skilled, well paid, secure and sustainable jobs in manufacturing, engineering, construction and technology, affected area by affected area, job for job, are developed. This is not the politics of posture or of protest, as some – including a tiny outvoted minority at conference – have claimed.”

“This Trident vote is an indulgence and a tactical opening for the SNP that gains little for us or Scotland. Pointless.”