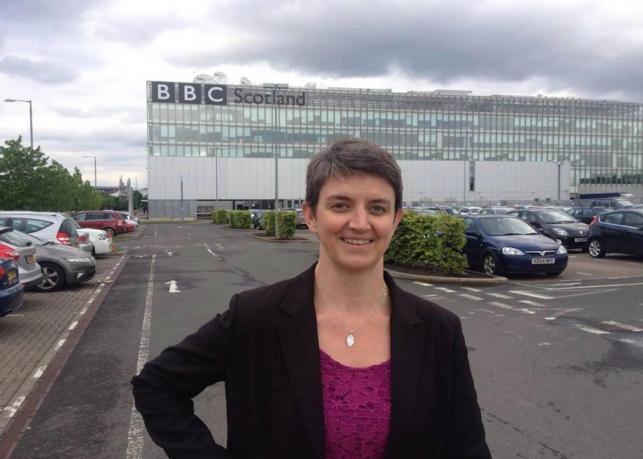 SPEAKING AHEAD of the Scottish Green Party’s Spring conference on Saturday, co-convener Maggie Chapman has said that re-awakening a positive vision for the future is essential during Scotland’s election down-time.

The Scottish Greens will hold their party conference on 17 March at the Beacon Arts Centre in Greenock, where members will engage in discussion around key issues including Brexit, housing, and equal representation in politics.

Workshops will focus on climate change, food and farming, fox hunting, and combating the causes of far-right support.

Speaking to CommonSpace, Scottish Greens co-convener and rector of Aberdeen University Maggie Chapman said the party would be using the time without an upcoming election to rekindle the spirit of the independence referendum.

She said: “For all of us in Scotland, we need to be focussing on how we recapture the energy and enthusiasm we had in 2014, across the political spectrum. We need a positive vision for Scotland, regardless of the constitutional future.”

Key to this, she said, was working to address issues around social justice, housing, the environment, gender equality, and the impacts of austerity which have a disproportionate impact on women.

Chapman said the Scottish Greens stood apart from other parties such as the SNP and Labour in this regard: “We are clearly the only party that does and has always seen a clear link between economic, social and environmental justice – you cannot have one without the other.

“We were right on environmental issues before anyone else thought they mattered, and Green ideas have been leading the way for years.”

Chapman noted the party’s work on issues including the citizen’s income and her own experience as an Edinburgh councillor, from 2007 to 2015, where she campaigned for a living rent and the regulation of private landlords, and became the first politician in Scotland to call for the introduction of a Living Wage.

Vitally, she said, the Greens have policies which are “based on sound principles”, and are rooted in a vision for a “socially just and peace loving Scotland, which people in Scotland want to see”.

“Our vision of radical democracy is inherent to everything we do,” she added.

Ultimately, Chapman said, the party will continue to grow because of its dedication to speaking directly to voters. “I think our way of working has always been to reach people where they are, to engage in communities, and to talk to the grassroots,” she said.

Saturday’s conference will, for the first time, include a mini ‘conference within a conference’ on issues facing women in politics, including a workshop by Women for Independence which will explore the feminist, democratic, and household economic arguments for Scottish independence.

Chapman explained: “The Women’s Network wanted to give space for a range of issues, and not just have one or two fringe events as is normally the case. This is a perfect opportunity to do this and hear from a whole range of voices, including those not in the party.”

Chapman will speak at the conference on Saturday, along with the party’s other co-convener Patrick Harvie MSP.